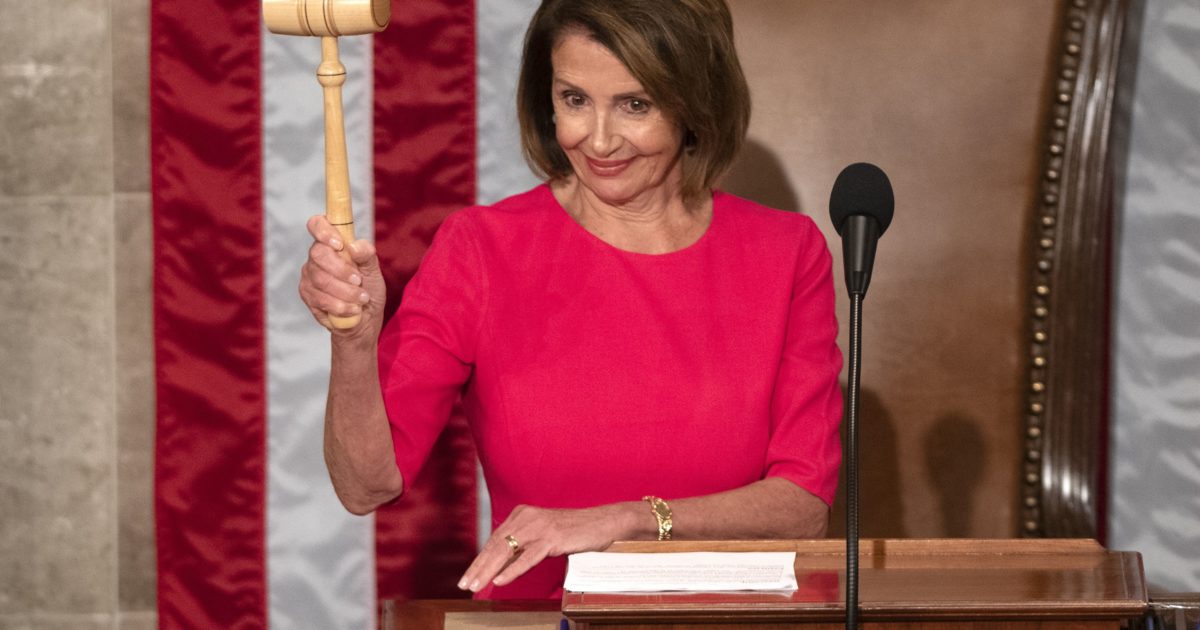 One way to understand the Democratic Party’s agenda for the next four years is to pay attention to what’s happening on the presidential campaign trail.

Another way—maybe a better way—is to keep an eye on what the House of Representatives is doing right now. And that’s especially true this week, when Democrats are expected to pass a package of labor union-backed policies through the House even though the chances that the Senate will consider the bill are roughly nil.

The Protecting the Right to Organize Act (PRO Act) would insert new language into the National Labor Relations Act to compel the payment of union dues even by non-members working in unionized professions. That means the passage of the PRO Act would effectively undo so-called “right to work” laws on the books in many states and cancel out the Supreme Court’s ruling in 2018’s closely watched Janus v. American Federation of State, County and Municipal Employees case. In that decision, the high court ruled that requiring non-union workers to pay union dues as a condition of employment “violates the free speech rights of nonmem­bers by compelling them to subsidize private speech on matters of substantial public concern,” as Justice Samuel Alito put it.

The PRO Act would also implement a veritable grab bag of policies that labor unions have been pushing Congress to pass for years. The bill would force employers to turn over employees’ private information—including cell phone numbers, email addresses, and work schedules—to union organizers. It would accelerate the National Labor Relation Board’s official timetable for union organizing elections in non-union workplaces. And it would codify so-called “card check” elections, removing the protection of the secret ballot when a workplace votes to unionize.

All three policies are meant to tip the scales towards unions and against employers.

“This failure to bolster union membership, even with the favorable rules promulgated by federal agencies, has strengthened organized labor’s resolve that the only solution is to push for legislation like the PRO Act,” says Trey Kovaks, a policy analyst at the Competitive Enterprise Institute, a free market think tank that opposes the PRO Act. “Implementing such a policy would take away workers’ right to choose how they spend their earnings, limit flexible work arrangements, and endangers workers’ privacy.”

But since the PRO Act is almost certainly dead on arrival in the Senate, the expected House vote this week is more about politics than setting policy.

Internally, the fact that Speaker of the House Nancy Pelosi (D–Calif.) is letting the bill come to the floor for a vote is a major win for the House Democrats’ progressive wing. But it’s also telling that several Democrats in swing districts signed a letter last week urging Pelosi to bring the bill to the floor.

That means the PRO Act is likely to be a litmus test in this year’s elections. Scheduling a vote now, even when the bill won’t go any further, will allow Democrats to campaign on having supported it—and attack swing-district Republicans who oppose it.

And, at a higher level, all of this is outlining the direction Democrats will try to take the country if they gain control of the Senate and/or the White House in November. Unlike the pie-in-the-sky promises being made by the presidential candidates—who will compete later tonight in the first nominating contest on the long road to the White House—the PRO Act is a concrete list of policies being pushed by a politically powerful set of special interests.

That makes it far more likely that a Democratic Congress in the next few years could pass this package, or something that looks a lot like it, while lawmakers continue to clash over bigger issues like Medicare for All and free college.