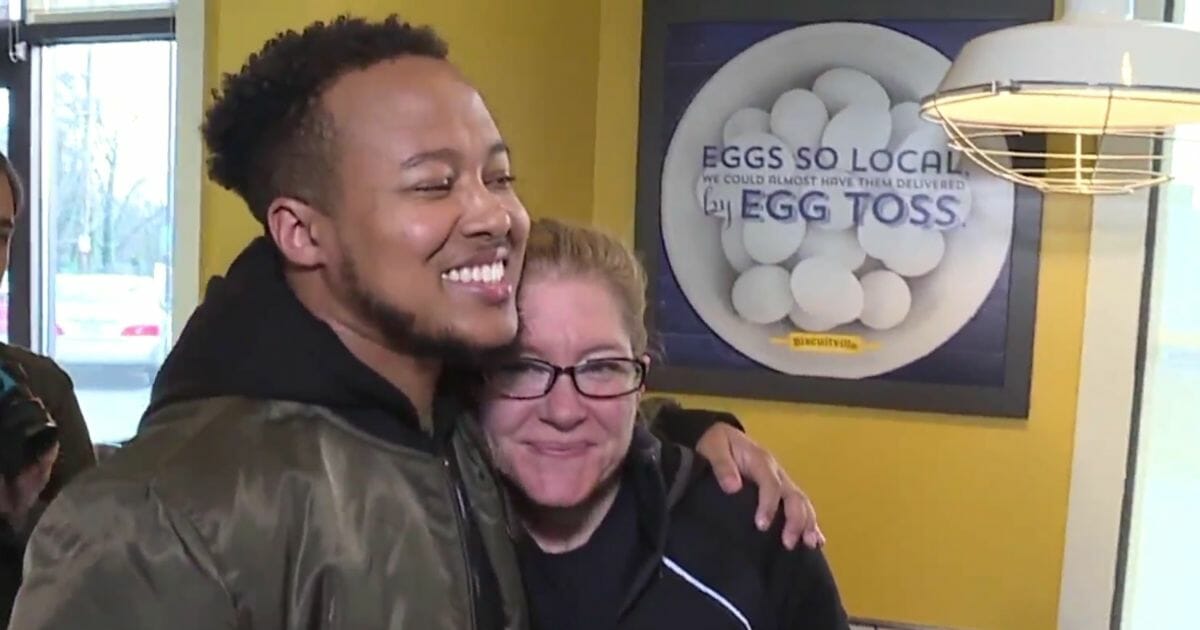 A North Carolina graduate student has been credited with thwarting a man’s alleged kidnapping and sexual assault attempt of an 8-year-old girl.

Cody Byrd was inside a Biscuitville restaurant in Greensboro, North Carolina, just days after Christmas when he noticed a 55-year-old man behaving strangely.

Byrd told WTIC that the man, later identified as Timothy Fry, was paying unusually close attention to an 8-year-old girl who was in the restaurant with her mother.

“It’s just the way he was staring way too intently and that’s what really kind of made me think ‘OK something’s not right,” Byrd told WTIC.

When the girl headed toward the women’s restroom, Byrd watched as Fry followed behind her.

Knowing in his gut that something horrible was about to happen, Byrd followed Fry towards the bathroom, all while trying to figure out how exactly he would stop any ill-intentions that Fry might have.

“I just tried to think ‘OK how am I going to play this because I knew he was up to something,” Byrd said.

“As soon as I heard the women’s bathroom door open that’s when and I saw the girl coming out and he tried to grab her and I confronted him about it.”

When Byrd questioned Fry’s motives, he said the man became noticeably nervous and hurried out of the restaurant. The girl, visibly shaken, let out a frightened whimper and ran back to her mother.

“I was honestly thinking ‘Should I try to grab him? Should I pull him down?” Byrd recalled. “And something popped into my head ‘No, just take some pictures and call 911.’”

Byrd’s photos of Fry and his car led to Fry being arrested hours later and charged with attempted kidnapping and indecent liberties, WTIC reported. Fry also had several DUI charges and previous indecent liberties charges on his criminal record, the outlet reported.

According to WGHP, Fry told a Greensboro police officer he intended to kidnap the girl and that he was sexually attracted to her.

The victim’s mother, Heather Owen, thanked Byrd for his actions, hugging him and deeming him a “guardian angel.”

The North Carolina A&T University graduate student said that detectives from the Greensboro Police Department thanked him for his heroic actions, but he does not consider himself to be particularly heroic.

“I think I more just look at it as someone who was there doing their civil duty, helping someone when I saw a situation of danger,” Byrd said.

Byrd, who is studying computer science, credited his Eagle Scout training with giving him the critical thinking skills to know something was amiss.

Biscuitville awarded Byrd with a Good Citizen Award, giving him free breakfast for a year as a way to say thank you.