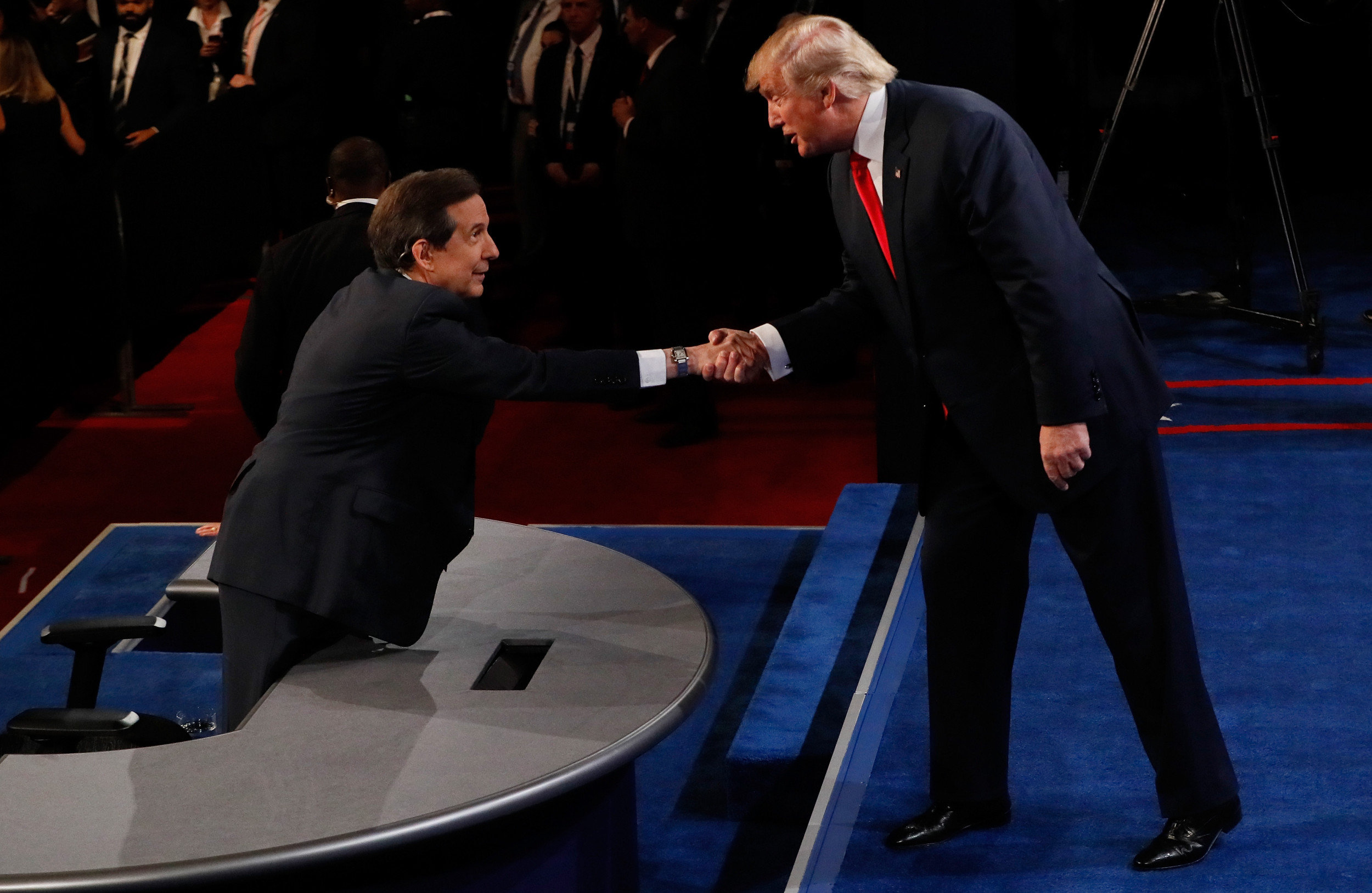 Fox News host Chris Wallace pushed back against recent attacks from President Donald Trump, saying that the criticism is an indication he is doing his job well.

Trump has frequently appeared on Fox News, often praising agreeable personalities like Sean Hannity, while expressing his disdain for less favorable coverage on social media. Wallace said that backlash is an inevitable part of reporting on politics, according to a Monday article from Deadline.

“I have been in the business a half century and I have been attacked by all sides,” Wallace told the outlet. “Generally speaking, I think it is an indication that you’re doing your job. I mean I’m not in this to make friends. I am in this to do the best reporting that I can do.”

Trump recently called out the network on Twitter, complaining about Democrats being featured guests during the impeachment proceedings against him. He predicted that the coverage signaled the “beginning of the end” for the network. The president particularly objected to commentary from Sen. Chris Van Hollen of Maryland.

“Really pathetic how @FoxNews is trying to be so politically correct by loading the airwaves with Democrats like Chris Van Hollen, the no name Senator from Maryland,” Trump tweeted on January 28. “He has been on forever playing up the Impeachment Hoax. Dems wouldn’t even give Fox their low ratings debates.”

The two-part tweet also mentioned former Fox anchor Shepard Smith, a frequent target of Trump’s scorn before leaving the network in October 2019. The president attacked Wallace by insisting he should be reporting for a network he deems “fake news” instead of Fox.

“So, what the hell has happened to @FoxNews. Only I know! Chris Wallace and others should be on Fake News CNN or MSDNC,” continued Trump. “How’s Shep Smith doing? Watch, this will be the beginning of the end for Fox, just like the other two which are dying in the ratings. Social Media is great!”

Wallace criticized the polarized nature of politics more generally in the Deadline interview, calling the decision by the DNC to not let Fox News host Democratic debates a “mistake.” He also urged the public to be “informed consumers” by paying attention to media coverage that may disagree with.

The veteran reporter said that Trump’s attacks don’t bother him in a professional sense because he knows he has not “done anything wrong,” while it has become somewhat routine on a personal level.

“I suppose it hurts your feelings a little bit to have the president of the United States, whoever he or she is, attacking you,” Wallace said. “Now, when he did it again this week, what I found was [it didn’t] bother me as much because I guess I’m getting used to it.”

Wallace said he was “depressed” by the fact that members of the public most frequently thank him for being “tough on both sides,” which he believes should be considered a basic job requirement for journalists.

“The idea that I stand out now because I’m fair, I think is a kind of sad commentary on the state of journalism,” said Wallace.

Although Trump has lashed out at the network on social media, he continues to make regular appearances, most recently in an interview that aired Sunday, conducted by Hannity.