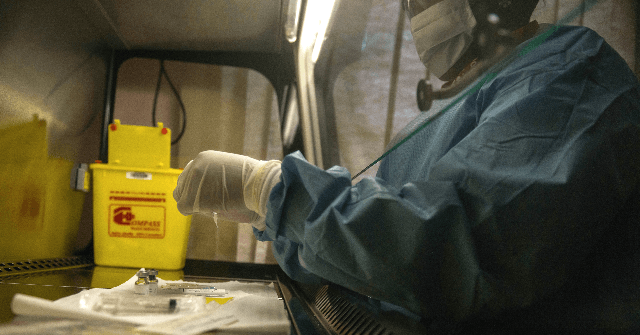 A clinical trial for an HIV vaccine came to an end recently after researchers found it did not prevent the virus.

“This action was taken because an independent data and safety monitoring board (DSMB) found during an interim review that the regimen did not prevent HIV,” according to a press release by the National Institute of Allergy and Infectious Diseases (NIAID).

The Phase 2b/3 study, named HVTN 702 or Uhambo, began in 2016 and is taking place in South Africa. It was testing an investigational prime-boost vaccine regimen based on the only vaccine regimen ever to show protection from HIV—the regimen tested in the RV144 clinical trial in Thailand led by the U.S. Military HIV Research Program and the Thai Ministry of Health. For HVTN 702, the vaccine regimen was adapted to the HIV subtype Clade C most common in southern Africa, where the pandemic is most pervasive.

However, even though the clinical trial did not yield the desired results, Dr. Glenda Gray of the South African Medical Research Council, said the search for a cure would not come to a halt.

“The people of South Africa have made history by answering this important scientific question. Sadly, we wish the answer was different,” she stated.

“We will continue to explore promising avenues for preventing HIV with other vaccines and tools, both in South Africa and around the world,” Gray concluded.

Experts said they felt “deep disappointment” after the vaccine administered to over 5,000 people was found to be ineffective, according to the BBC.

“There are many different strains of HIV and the vaccine had been adapted to the subtype most common is [sic] South Africa, which has one of the highest HIV rates in the world,” the report said.

Those who participated in the clinical trial were randomly assigned either the vaccine or the placebo injection.

However, the best way to prevent the spread of the virus is by remaining abstinent, using condoms during intercourse, and taking prescribed medicines, according to the Centers for Disease Control and Prevention (CDC).

“You can use strategies such as abstinence (not having sex), limiting your number of sexual partners, never sharing needles, and using condoms the right way every time you have sex,” the website stated.