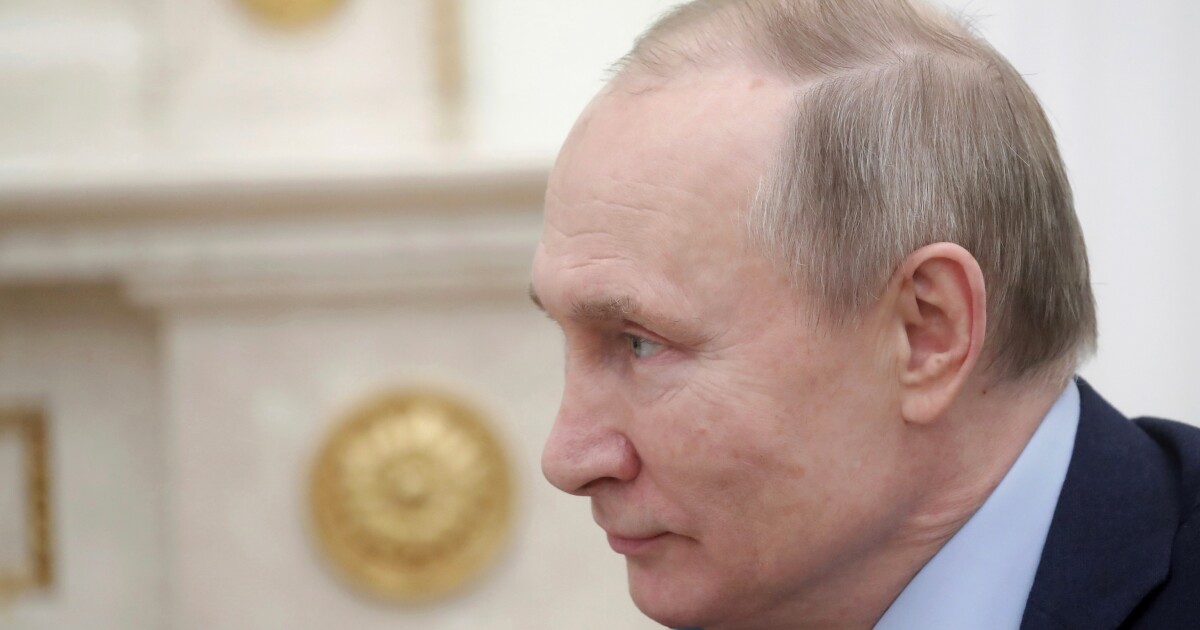 When Russian President Vladimir Putin proposed sweeping constitutional changes this month, prompting the replacement of his entire government, analysts were quick to assume he was charting a course to rule Russia for life.

Two weeks later, here’s what we can say we know for sure about Putin’s plan: very little.

Despite the headlines about Moscow’s big political shakeup, Russians are still uncertain about just what the Kremlin has in mind for their country’s political future.

Let’s back up. What happened?

In his annual state-of-the-nation address on Jan. 15, Putin, who has been in power for 20 years, called for an overhaul of Russia’s constitution that appeared to be aimed at creating a path for him to continue to rule past the end of his term in 2024.

Two hours later, Prime Minister Dmitry Medvedev, considered Putin’s loyal ally, announced he and his government were resigning. Suddenly, Russia was in the midst of the biggest political upheaval in 10 years.

Putin appointed a special council to advise on proposed constitutional amendments. But before the group could convene its first meeting, the Kremlin introduced a bill with the amendments already written.

The Duma, Russia’s lower house of parliament, passed the constitutional changes unanimously in the first reading last week, eight days after Putin suggested the idea in his annual address. It has to pass two more readings before it then goes to the regional parliaments for their approval, and finally back to Moscow for Putin to sign it into law.

Does this mean Putin will rule for life?

Many Russians assume Putin wants to create a constitutional framework in which he could continue to wield power as long as he wanted. What no one can agree on — and Putin himself has not offered any clarity — is just how he plans to do that.

In his initial speech proposing constitutional changes, he suggested he would push for the parliament to have more power. This immediately drew speculation that Putin was angling to become an influential prime minister in a strengthened parliamentary republic after 2024.

It wouldn’t be his first time in that job, which he held for two years before becoming president in 2000, and then again from 2008 to 2012, while Medvedev was president. Putin was elected president again in 2012 and then reelected in 2018 to another six-year-term.

Flipping between the two positions allowed him to maintain power while still abiding by a constitutional ban on serving more than two consecutive terms as president.

The constitutional amendments approved by the Duma last week limit a president to two terms, consecutive or not, meaning Putin would not be able to hold the job again. And contrary to the suggestion in his speech, the amendments did not give the parliament — or whoever is prime minister — much more power.

“When I read [the constitutional amendments] for the first time, my first impression was why so much noise over so little change?” said Ekaterina Schulmann, a political scientist at the Russian Presidential Academy of National Economy and Public Administration in Moscow.

“Russia remains a strong presidential republic with a weak parliament and with a government that is not formed according to the results of parliamentary elections,” Schulmann said. “We have not been a parliamentary democracy, nor do we become one.”

If Putin wasn’t looking to become prime minister again and couldn’t run for another term, perhaps he was looking to use the newly empowered State Council, a ubiquitous presidential advisory board of which he is the head, to propel himself into a father-of-the-nation like role after 2024?

Putin himself seemed to toss this idea out last week when speaking to students in the Black Sea resort of Sochi. When one student asked if Putin would stay on as a “mentor” to Russia — like Lee Kuan Yew, the first prime minister of Singapore, did in his country — Putin said that would not work.

“In our country, if some kind of institution appears above the president, this will mean nothing more than a dual power,” he said. “That would be an absolutely disastrous situation for a country like Russia.”

Putin, it seems, isn’t locking himself into any single option, leaving himself room to maneuver without revealing his intentions.

“Putin could still change his mind,” Daniel Treisman, a professor of political science at UCLA, wrote in an opinion piece for CNN. “The initiative could be a tactical gambit, aimed at opening up space for future moves.”

Why is Putin doing this now? And what’s the hurry?

The speed at which all this is happening is probably the most intriguing aspect of the entire situation, Schulmann said

One theory: Putin, 67, may want to step down before his term ends in 2024. Some have suggested that Putin might simply be tired after two decades of creating and then leading a centralized, autocratic power structure.

If this is true, then the Kremlin faces a dilemma, Schulmann said. How can Putin peacefully hand over power to a new leader while allowing the ruling elite to keep all of its assets?

“It’s about power and money,” Schulmann said. “The problem is not how to reinvent the presidential office so a certain person stays with all his powers. The problem is actually how to step down in such a way as to preserve the stability of the system.”

There is little doubt the parliament will approve all of the constitutional amendments, possibly as soon as the end of February.

Once that happens, Russians will get a chance to participate in a “public vote.” The Kremlin has been quick to note that the vote is not a referendum, though it hasn’t said exactly what it is either.

“It is not a formality. It is indeed a vote for or against,” Kremlin spokesman Dmitry Peskov said in response to a reporter’s question about whether the results would be legally binding.

In the meantime, Russians are bracing for more unanswered questions.

The constitutional amendments themselves don’t look potent enough to spur major protests in the streets, Schulmann said. Public opposition against the amendments has so far been tame.

Opposition leaders last week started an online petition declaring Putin’s attempt to rewrite Russia’s constitution a “coup” intended to keep “the corrupt regime in power for life.” As of Monday, the petition had 22,000 signatures.

Members of the Communist Party of Russia Federation said Wednesday that it would submit its own draft of constitutional amendments to counter the Kremlin’s proposal. The party is a minority in the parliament and not powerful enough to throw the vote.

“We know there’s nothing we can change here and that we will just have to wait,” said Philip Rozhenko, 29, a physical therapist in Moscow. He hadn’t signed the petition because he did not believe it would change anyone’s mind in the Kremlin. “We have been suffering under this for 20 years, and it looks like we will have to suffer more of the same for longer.”