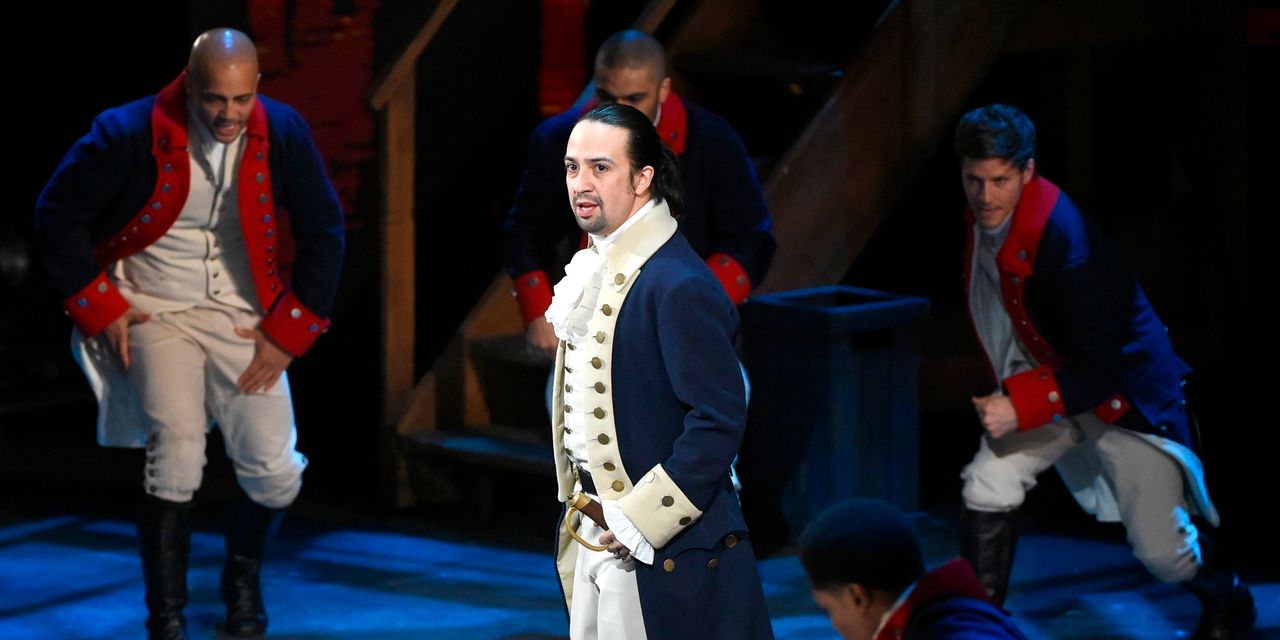 “Hamilton,” the blockbuster Broadway musical written and composed by Lin-Manuel Miranda about the American founding father Alexander Hamilton, will be brought to the big screen next year by

The movie will be a recording of the show made in 2016, instead of a film adaptation of the musical, and will feature the original Broadway cast, including Mr. Miranda in the title role.

Disney paid $75 million for the rights, according to a person familiar with the matter.

“We are thrilled for fans…to experience what it was like on stage—and in the audience—when we shot this at the Richard Rodgers Theatre on Broadway in June of 2016,” Thomas Kail, who directed the stage version and the movie, said. “We wanted to give everyone the same seat, which is what this film can provide.”

The film will be released in the U.S. and Canada on Oct. 15, 2021, giving the show, which continues to draw large audiences and command high-ticket prices, additional exclusive time on stage.

“Hamilton,” based on the biography by Ron Chernow, made its off-Broadway debut in early 2015 and went to Broadway later that year. It has garnered plenty of accolades, winning 11 Tony Awards, including best new musical, and the 2016 Pulitzer Prize for drama.

“Hamilton” was the highest-grossing Broadway show in the most recent week, bringing in $2.7 million, according to the industry trade group Broadway League.

Write to Maria Armental at maria.armental@wsj.com