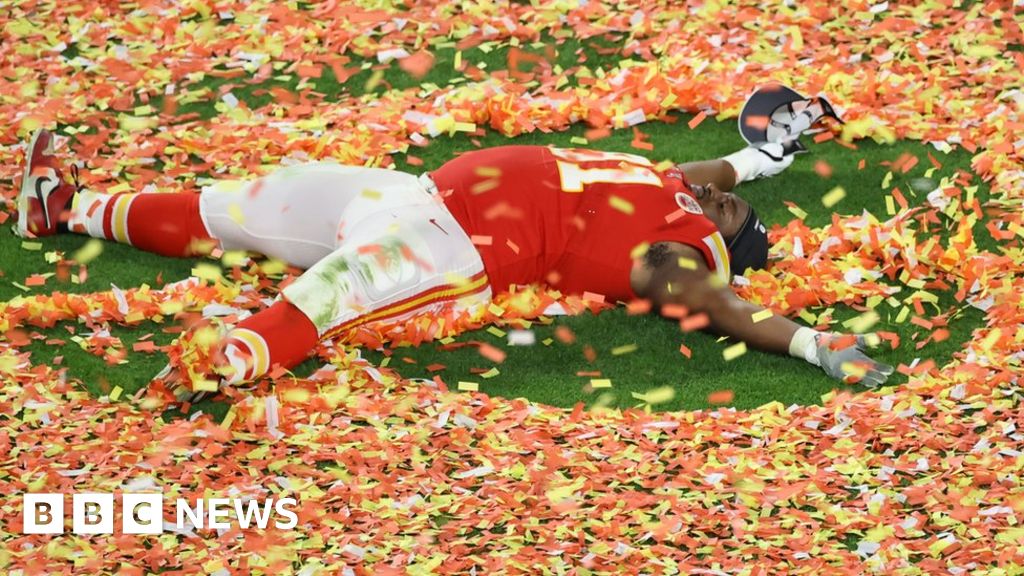 Some collected winnings, others drowned sorrows and there were those who watched back the Jennifer Lopez and Shakira half-time performance.

But Kansas City Chiefs’ Derrick Nnadi had other ways of marking his team’s victory at the Super Bowl – following their win against the San Francisco 49ers.

He paid all the adoption fees at a Kansas City dog shelter – after he made snow angels in confetti on the pitch.

The KC Pet Project posted on Facebook that the player – who plays defence – has stumped up the costs for every single adoptable dog at all of their locations.

It means families will be able to take dogs home for free.

Since Nnadi’s donation a spokesman said around 20 dogs had been adopted – double what is usually expected in a working day.

“All my life, I always wanted a dog,” Nnadi told CNN, explaining he got one when he was in his final year at college.

“When I first got him, he was very timid. It made me think of how other animals, whether they’re owned or in a shelter, are feeling scared and alone.”

During the rest of the NFL season Nnadi paid for the adoption fee of a dog every time the Chiefs won.

The Super Bowl win means more than 100 dogs will have their fees paid for.

“I’ve never been a champion before,” Nnadi said following the Chiefs’ first Super Bowl win in 50 years. “All the years of me playing football, that first time honestly feels like the best day of my life.”