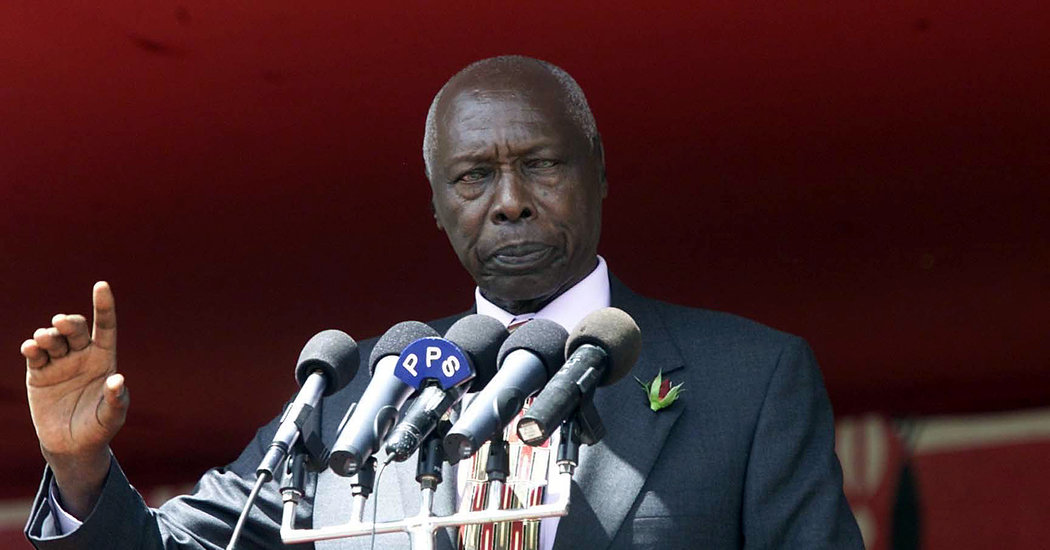 “We recognize that former President Daniel arap Moi is an important democratic commodity, not only for us, but for Africa,” Mr. Kibaki’s anticorruption chief, John Githongo, told The New York Times in 2003. “He is treated special. He is different. He’s just not any other guy.”

He was born Toroitich arap (son of) Moi on Sept. 2, 1924, in Kuriengwo, a Rift Valley village in Western Kenya. His father, a herdsman, died when the boy was 4. In a nation dominated by the Kikuyu tribe and its chief rival, the Luo, the Moi family belonged to the Kalenjin minority, one of several dozen tribal groups.

At the African Mission School at Kabartonjo, Mr. Moi became a Christian and adopted the name Daniel. He graduated from Kapsabet Teacher Training College; from 1945 to 1947, he taught classes, and he was later the headmaster of a government school.

He married Helena Bommet in 1950. They had five sons and two daughters, and adopted a third daughter. The couple separated in 1974. His wife, known as Lena, died in 2004, and their son Jonathan died last year. Mr. Moi is survived by their sons Gideon, Philip, Raymond and John Mark, and by their daughters Jennifer, Doris and June. His only brother, William Tuitoek, died in 1995.

He did not join the Kikuyu-led Mau Mau rebellion against British rule in the 1950s, but sympathized with the movement and once harbored five fugitives at his home. He entered politics in 1955, appointed by the British to the colonial Legislative Council. Two years later, when black Kenyans were allowed to vote, he was elected to the council.

In 1960, he joined a London conference that drew up a Kenyan constitution authorizing African political parties. He was elected assistant treasurer of the new Kenya African National Union (KANU), the political instrument of independence, which later merged with the rival Kenya African Democratic Union he helped found and became the sole political party.

In the new government, Mr. Kenyatta appointed Mr. Moi minister of home affairs in 1964 and vice president in 1967. He handled day-to-day government affairs and represented Kenya at the Organization of African Unity, the first continent-wide association of independent states, and other international forums.