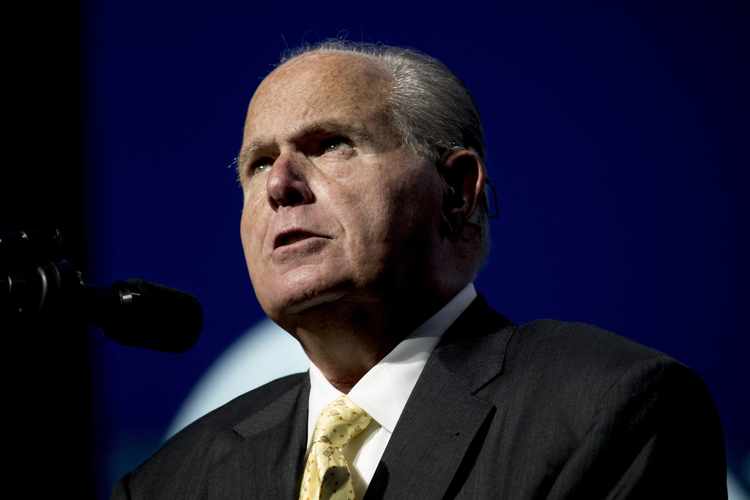 I first met Rush Limbaugh 25 years ago at his New York radio headquarters.  His national show was in its seventh year of blowing liberals’ heads apart, and my local show aired immediately before it on the Dallas-Ft. Worth station.  We took a planeload of listeners to visit a taping of his mid-nineties syndicated TV show, which gave me the opportunity to broadcast back to Texas from a studio steps away from the room that held the “Golden EIB (Excellence in Broadcasting) Microphone.”