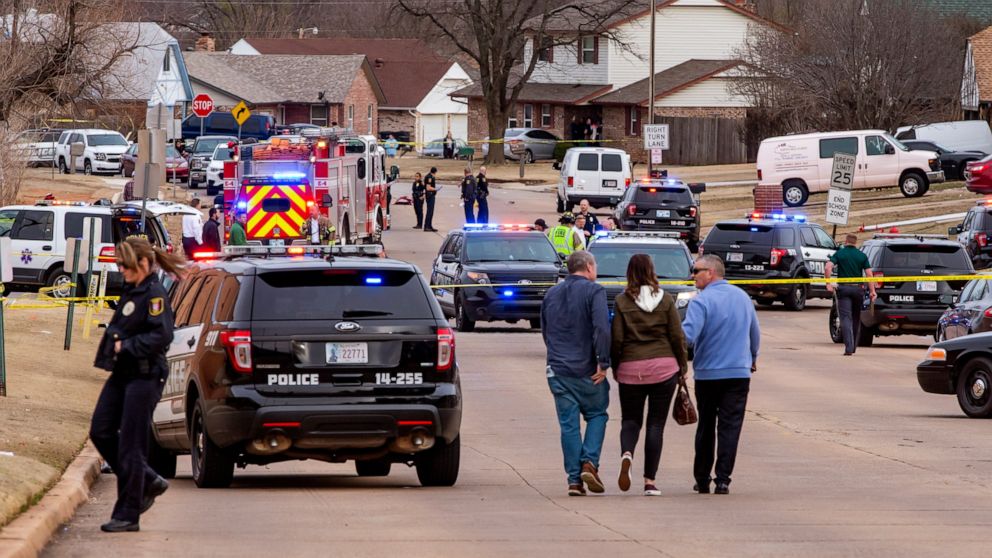 Police say a girl was killed and five others were injured, three critically, when a motorist slammed his vehicle into members of a high school cross-country team as they ran outside their suburban Oklahoma City school

MOORE, Okla. —
A girl was killed and five other people were injured, three critically, when a motorist mourning the Sunday traffic death of his 29-year-old son slammed his vehicle into a high school cross-country team as they ran along a street outside their suburban Oklahoma City school Monday, officials said.

The incident happened shortly after classes were dismissed at 3 p.m. Monday at Moore High School and the group of students was training along heavily traveled North Eastern Avenue outside the school, said police spokesman Jeremy Lewis.

Max Leroy Townsend, 56, has been booked into the Cleveland County jail charged with first-degree manslaughter and six counts of failure to stop and render aid.

A pickup truck driven by Townsend struck a vehicle before running over the students, then struck two more cars as he drove away, Lewis said. A witness pursued the man for three blocks before stopping him, and police took him into custody. Police suspect alcohol was a factor in the incident, he said. Toxicology tests were pending.