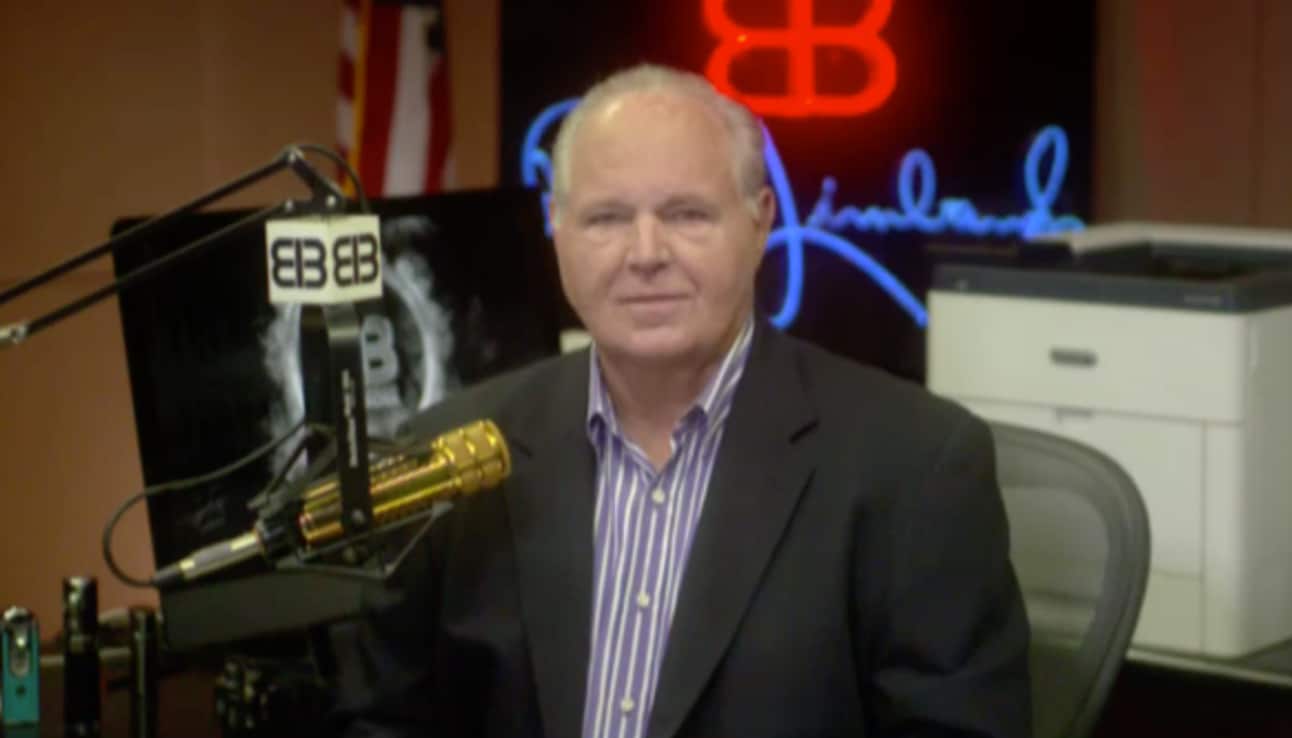 Limbaugh said he considered keeping the news private, but that he would be missing days of the show and didn’t want to leave anyone in the dark.

“This has happened and my intention is to come here every day I can and to do this program as normally and as competently and as expertly as I do each and everyday because that is the source of my greatest satisfaction professionally, personally. I’ve had so much support from family and friends during this it’s just been tremendous,” Limbaugh explained.

Rush Limbaugh’s announcement that he is battling advanced lung cancer is such sad news – I wish him a speedy recovery – will pray for him and his family. Love you Rush!

Sara A. Carter tweeted the ‘sad news’ Monday offering her prayers to ‘him and his family.’ The responses to Sara Carter’s tweet showed just how many lives Limbaugh has been able to touch on radio.

Rep. Jim Jordan, among numerous other lawmakers, tweeted for Limbaugh’s recovery and thank him for his years of inspiration.

“Rush Limbaugh has inspired millions of Americans to fight for the things that make America great,” tweeted Jordan. “We’re praying for him and wishing a speedy recovery from his diagnosis.”

Rush Limbaugh has inspired millions of Americans to fight for the things that make America great.

We’re praying for him and wishing a speedy recovery from his diagnosis.

One Twitter user wrote that although he doesn’t ‘ever’ agree with Rush, he ‘hated hearing this’ and ‘hopes he beats this.’

Very very sad, I’ve been listening to Rush since I was 18 years old

I just heard this shocking news too.
Praying for Rush.
Love him❤

I am devastated! I have listened and loved him for years! Now I will give back in Prayers any more Prayers! God Save Rush!

I don’t agree with Rush, ever. But I hate hearing this. I hope he beats this.

Love Rush! He’s one of a kind. I can’t imagine radio without him. Praying for him and his family.