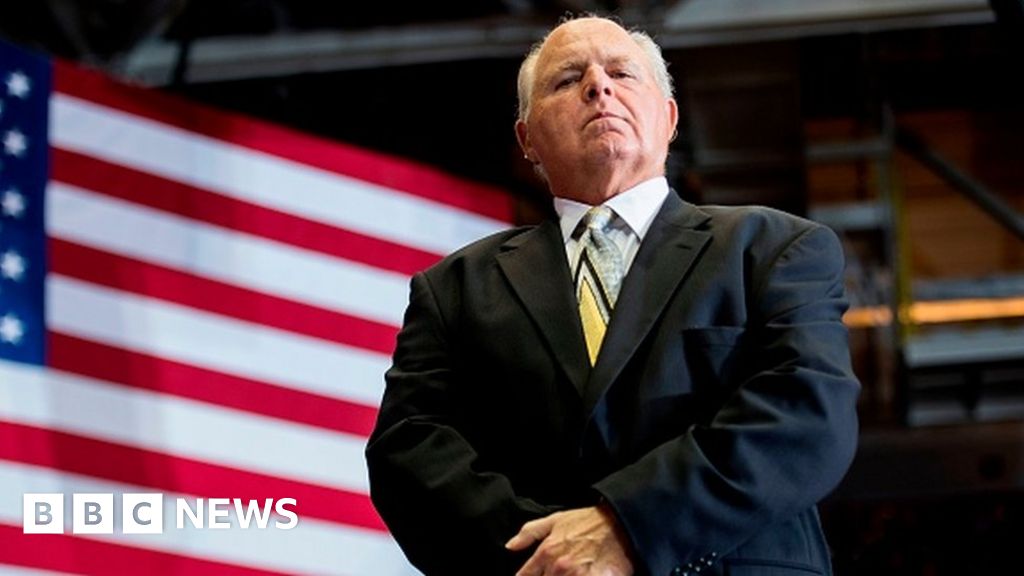 Prominent conservative radio host Rush Limbaugh has revealed he has been diagnosed with advanced lung cancer.

The 69 year old, an influential political commentator in the US, made the surprise announcement during his radio show on Monday.

Mr Limbaugh said the diagnosis was confirmed on 20 January after he had suffered from shortness of breath.

The veteran broadcaster said he would not present his show while he receives treatment.

Mr Limbaugh told his audience he hoped to be back hosting his long-time programme, The Rush Limbaugh Show, later in the week.

“It’s a struggle for me because I had to inform my staff earlier today. I can’t help but feel that I’m letting everybody down with this. The upshot is that I have been diagnosed with advanced lung cancer.”

The radio personality’s producer commented on the announcement in an emotional tweet.

Mr Limbaugh’s show, which first aired 31 years ago, attracts around 27 million listeners each week. A self-described conservative, Mr Limbaugh has drawn support from US President Donald Trump and other Republican Party figures.

On his show, he has been known to lambast Democrats and strongly opposed Barack Obama during the 2008 presidential election.

Last month, the host had signed a new long-term contract with Premiere Radio Networks, the company that syndicates his show.

“Rush is both a colleague and a dear friend, and I know he will handle the situation with courage and grace,” said Rich Bressler, the president of Premiere’s parent company, iHeartMedia. “I know millions of people nationwide join me and all of iHeart in wishing him a full recovery.”