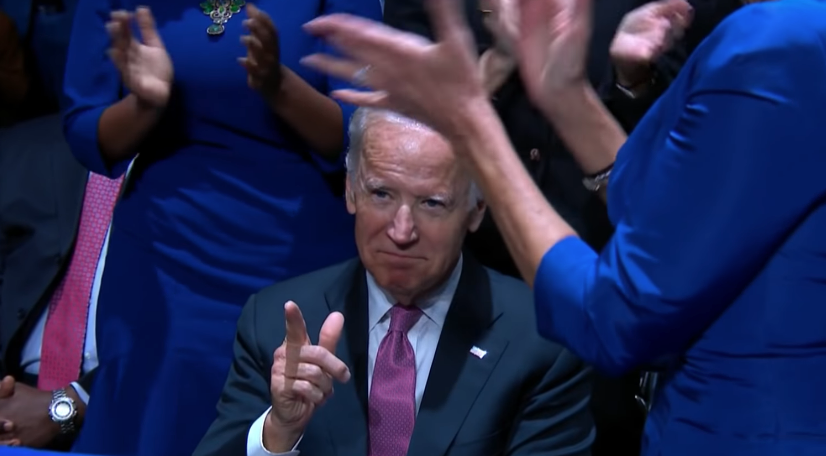 “Comfortably Smug,” an anonymous but vastly popular Twitter account with 178.3k followers, was reportedly censored by Twitter on Monday for poking fun at a gaffe Democratic frontrunner Joe Biden made on the campaign trail.

Comfortably Smug’s tweet apparently got the Twitter account suspended, and the original tweet removed, but Smug Industries, “another account run by multiple users close to ‘Comfortably Smug,’” according to The Federalist, tweeted a screenshot of the tweet and subsequent suspension notice. The notice in @SmugIndustries’ screenshot stated that @ComfortablySmug had violated Twitter’s rules against “abuse and harassment.”

@SmugIndustries wrote in a tweet above the screenshot: “Smh the biden campaign go Smug locked up until the Iowa caucuses start tonight.”

Comfortably Smug asked in the original tweet: “Where’s Hunter, Fat???” The question was an apparent barb at an incident on the campaign trail last december where, as The Daily Caller explained in their report: “At an Iowa campaign event in December, videos of Joe Biden appearing to say ‘Look, Fat’ circulated after a voter questioned his son Hunter’s connection to Ukraine.”

The same coverage also observed that “Democratic presidential candidate Joe Biden has been interrogated about his son numerous times and often gets angry with reporters for asking about the situation.”

The Daily Caller also claimed that a spokesman for Smug Industries wrote the following:

“It’s alarming to see an organization that pretends to promote free and fair dialogue around elections put a finger so heavily on the scale in favor of the Biden campaign the day of the Iowa Caucuses,” a spokesman for Smug Industries told the Daily Caller.”

“Mr. Smug was simply asking a question that countless journalists have asked, all while using Biden’s own verbiage,” the spokesman added. “Twitter’s election interference and blatant effort to repeatedly silence conservative critics is sure to have a chilling effect on the critical discourse and civic engagement that makes America the country it is.”