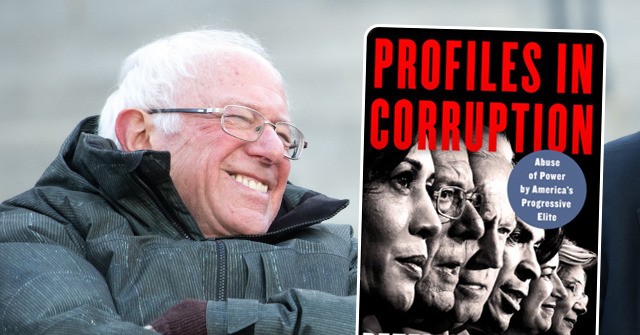 Presidential hopeful and socialist Senator Bernie Sanders (I-VT) has a long-held beef with charities, stemming all the way back to his time as the mayor of Burlington, Vermont, as Breitbart News senior contributor and Government Accountability Institute (GAI) President Peter Schweizer reveals in his latest book Profiles in Corruption: Abuse of Power by America’s Progressive Elite.

Sanders’ general distaste for charities shone through while he served as mayor of Burlington in the 1980s. He displayed a keen interest in growing his tax base and “put local charities on notice that he was in charge,” according to Schweizer.

As Profiles in Corruption details, Sanders, as mayor, took issue with non-profits and charitable organizations time and time again. In one instance, Sanders opposed the rules of a local homeless shelter, which essentially barred entry from individuals who were drunk or high. As a result, he “had the city set up its own competing shelter.”

As Profiles in Corruption details:

Never mind that as a nonprofit charity, it was exempt from paying property taxes. Sanders was challenging the hospital’s tax-exempt status. Mayor Sanders wanted some of the charity’s money for tax revenue. The charity had to take the mayor to court. The court sided with the charity.

The socialist mayor removed all doubt regarding his positions on charities after delivering a speech at the 40th annual Chittenden County United Way fundraising drive in 1981, telling the crowd, ”I don’t believe in charities” – a remark that left listeners “in stunned silence.”

Sanders, according to the New York Times’ 1981 print archive, questioned the ”fundamental concepts on which charities are based” and argued that government should handle social programs.

“Perhaps that explains why Sanders has given sparingly to charities over the years, even when he has enjoyed a high income,” Schweizer writes.

Sanders gave roughly one percent of his income to charity in 2016 – the first year he reported an income over $1 million. The amount given to charity rose slightly over the next few years. He reported just over three percent in 2017 and 2018.