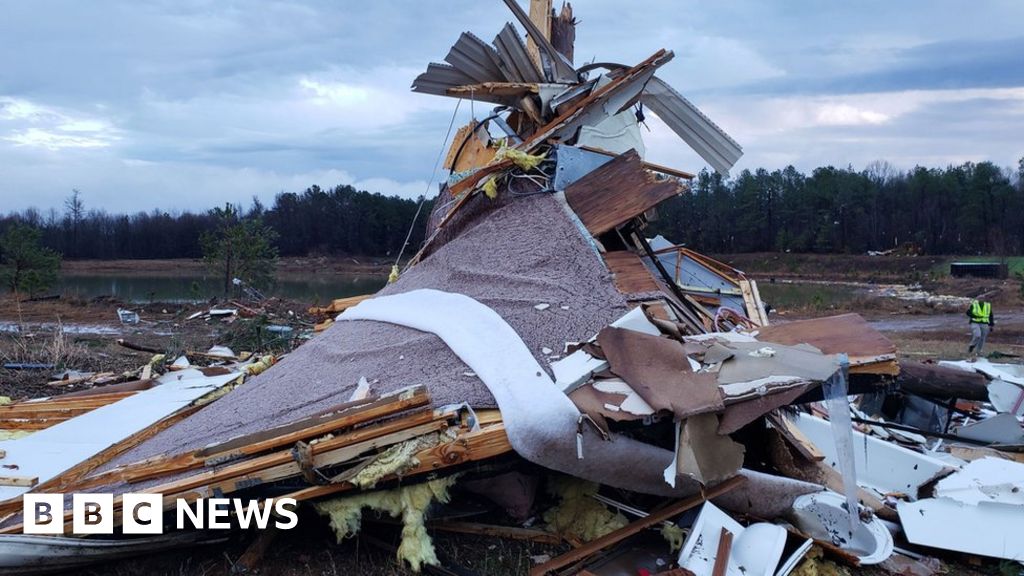 At least eight people have died as a result of severe storms sweeping across parts of the southern US, bringing high winds and heavy rain.

Deaths were reported in the states of Alabama, Louisiana and Texas.

Hundreds of thousands of people have been affected by power cuts as a result of the storms, while homes have been destroyed and roads flooded.

Several tornado warnings were in place on Saturday, with Alabama said to be most at risk.

The storms have also brought the threat of ice and snow to parts of the Midwest. Hundreds of flights were cancelled on Saturday at Chicago’s two main airports.

The Bossier Parish Sheriff’s Office in Louisiana said an elderly couple died on Friday, when a tornado destroyed their mobile home, carrying it some 200ft (61m) from its foundations. The couple’s three dogs remained unaccounted for.

Another man in the state was killed on Friday when a tree fell on his home, officials said.

The National Weather Service (NWS) confirmed that three people were killed in Pickens County, Alabama. Details were not immediately clear, but local media reported that they died as a result of an apparent tornado.

“Please take these warnings seriously,” the NWS in Birmingham, Alabama, said on Twitter when announcing the fatalities.

In Texas, one person died on Friday night when a car flipped into a creek in the city of Dallas. A 44-year-old man in the state’s Nacogdoches County also died when a tree fell onto his home, officials said.

Authorities say buildings have been damaged in the extreme weather, while there were widespread reports of trees and power lines being felled.

The states of Missouri, Oklahoma and Arkansas suffered property damage on Friday but reported no injuries.

People affected by the storms were urged on Saturday to seek shelter and avoid flooded roads.