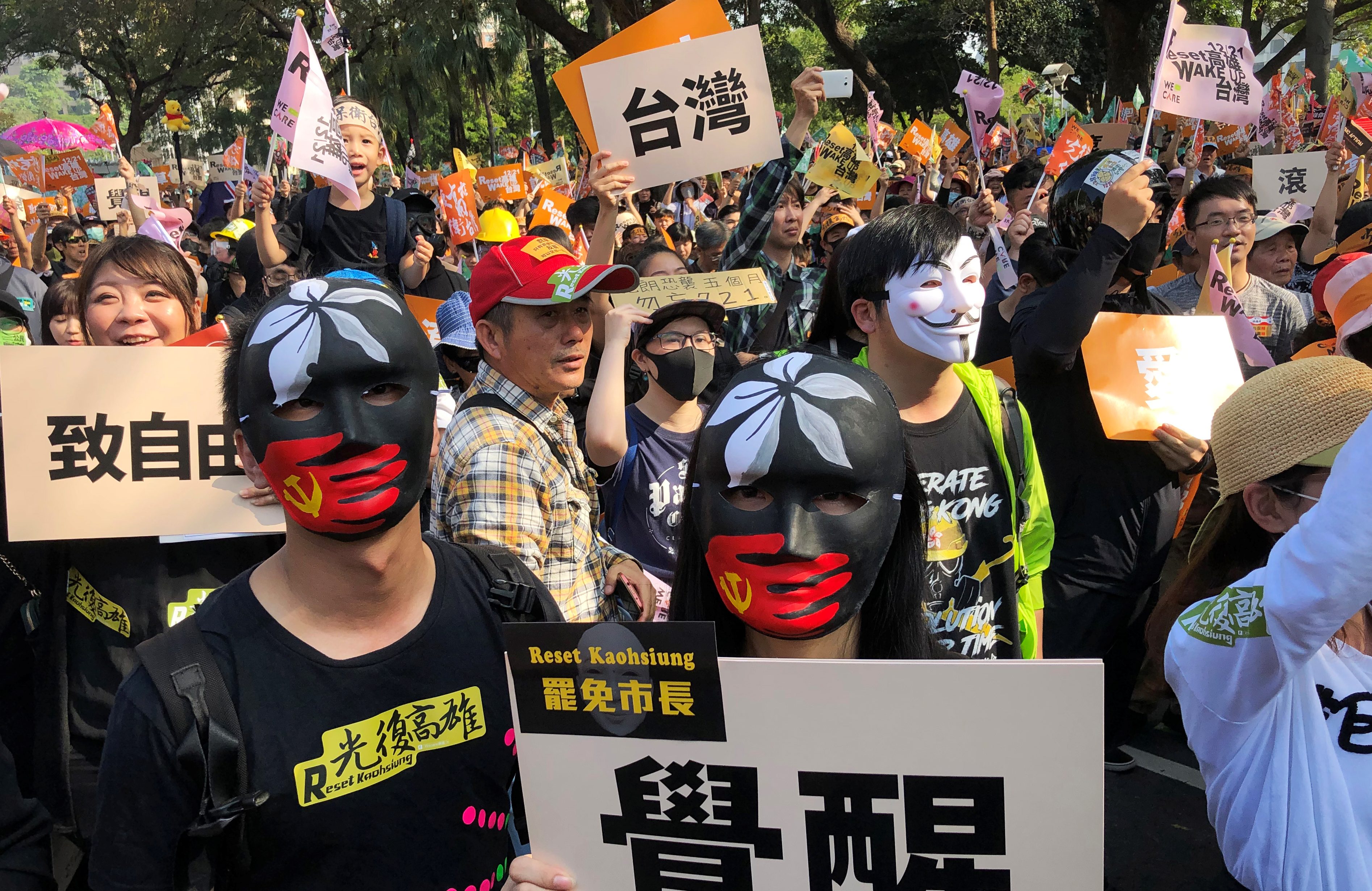 As political turmoil unfolded in Hong Kong last year, many Taiwanese, wary of China’s encroachment, looked on with the catchphrase “today Hong Kong, tomorrow Taiwan” in mind. And in Hong Kong, some are wondering whether yesterday’s Taiwan foreshadows their tomorrow.

With that in mind, scores of people from Hong Kong are traveling to Taiwan to experience tomorrow’s (Jan. 11) presidential election firsthand, in which incumbent Tsai Ing-wen is favored to win a second term. The unrest in Hong Kong has helped fuel resistance to the Beijing government in both places, and also stoked renewed interest in Taiwan’s own painful history of overcoming four decades of authoritarian rule to become a full-fledged democracy in the early 1990s. In Hong Kong, only local elections are democratic, while the chief executive is chosen by a committee of 1,200.

One of these “election tourists” is Tang Siu-wah, a 41-year-old Hong Kong writer who said that the growing realization that Hong Kong and Taiwan “shared a common destiny” prompted her to sign up for a four-day tour to observe the election. Tang, who was shot near her eye by police with a rubber bullet on New Year’s Day, said she also wanted to learn more about Taiwan’s authoritarian and often bloody past. “I’m steeling myself for (Hong Kong’s) future,” she added, as she stood outside a Taipei cafe that had “Stand With Hong Kong” displayed at the entrance.

Tang joined a 30-person tour group operated by GLO Travel, a Hong Kong-based agency that offers off-the-beaten-track trips to places including North Korea. Though going to Taiwan has been a ritual in recent years for people such as politicians and civil society groups in Hong Kong, such interest is now growing among the general populace. Jacqueline Chan, the general manager for GLO’s Taiwan operations, said an attempt to organize a tour for 2018’s local elections in Taiwan failed to generate enough interest, but this year’s trip was quickly filled up. The Taiwan election tour cost around $1,000, exclusive of flights. Other Hong Kong groups have organized similar trips (link in Chinese).

Another tour offered by GLO that quickly filled up was a nine-day trip to Poland and Ukraine, said Chan. That’s mostly due to ballooning interest in the history of democratic movements around the world, with Hong Kong protesters finding particularly kinship in Ukraine’s recent resistance movement (though the popularity of TV show Chernobyl also played a part, she added).

“Just a ballot paper away” from Hong Kong

Interest in Taiwan for Hong Kongers is not merely academic. Tsai, who is fending off a challenge from pro-Beijing candidate Han Kuo-yu, has taken a strongly supportive stance on the Hong Kong protests, a strategy that has boosted her standing as voters see her as a leader who is willing to stand up to China. Dozens of Hong Kong protesters have also fled to Taiwan, and Tsai has allowed about 60 of them to extend their temporary stays, though local law does not allow them to gain asylum. Taiwanese have also supported the protesters in Hong Kong by donating supplies such as helmets and gas masks. The final polls show Tsai leading Han with a healthy margin.

Even Hong Kong politicians loyal to Beijing have traditionally traveled to Taiwan to observe the elections, though no such trips were planned for this election due to the deterioration in relations between Taipei and Beijing, according to HK01 (link in Chinese), an online news outlet. Beijing, which claims Taiwan as its own territory, reviles Tsai due to her party’s independence-leaning stance. It has also implemented multiple coercive economic measures against Taiwan since she came to power in 2016, chipped away at its few remaining diplomatic allies, and frequently threatens to use force against the island.

In addition to attending political rallies and visiting a party’s headquarters, the tour group went to historically important sites in Taiwan’s democratic struggle, including a former detention center for dissidents outside of Taipei. In the southern city of Kaohsiung, which was a hotbed of political opposition during the martial-law years, a local tour guide led a walking tour and retraced the history of events such as the “228” massacre of Feb. 28, 1947, a nation-wide uprising by locals against the newly installed Nationalist government from China that was violently put down, with thousands of deaths. Another seminal moment on the tour itinerary involved 1979’s Formosa Incident, when authorities arrested protesters including key opposition leaders. The event galvanized Taiwan’s democratic movement and sense of identity, much in the same way that the protests in Hong Kong of the past seven months have done.

Martial law in Taiwan ended in 1987, and five years later it carried out constitutional reforms, which were followed by its first multi-party democratic presidential elections in 1996.

The history lessons are a reminder that Taiwan paid a “heavy price” for democracy, said a 47-year-old man on the tour who didn’t want to give his name as he works in China and fears repercussions for his safety. Though he was keen to understand what lessons Taiwan holds for Hong Kong, he noted that in fact a two-way learning process is underway as the Hong Kong protests have reminded young Taiwanese that “they need to cherish what they have.”

He invoked a saying currently popular in Taiwan to make his point: “Taiwan isn’t far from Hong Kong—its just a ballot paper away.”