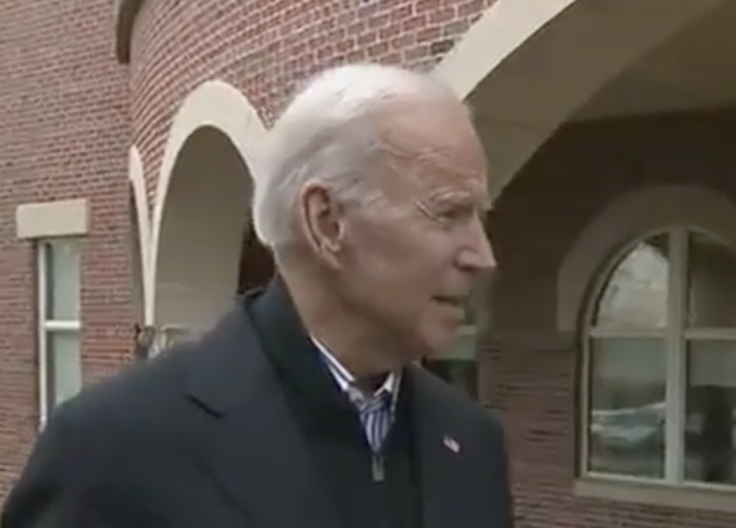 Fox News correspondent Peter Doocy asked Biden in Iowa if he would have executed an airstrike like the one that killed Iranian general Qassem Soleimani, which the Trump administration said was due to imminent attacks the terror leader was planning against Americans.

“Well, we did. The guy’s name was Osama bin Laden,” Biden said, smiling as he turned away.

“And didn’t you tell President Obama not to go after bin Laden that day?” Doocy asked.

According to Biden’s account in 2012, he did tell Obama not to. At a congressional retreat less than a year after the raid, he said he told Obama, “Mr. President, my suggestion is, don’t go. We have to do two more things to see if he’s there.”

He gradually changed his story over the years, saying in 2013 that he advised Obama to follow his instincts. By 2015, when he was mulling a run for the 2016 Democratic presidential nomination, he said he never gave definitive advice to Obama in front of other officials.

Other Obama officials have said Biden opposed authorizing the Navy SEAL takedown of the world’s most infamous terrorist, corroborating Biden’s initial behind-the-scenes account. Hillary Clinton, who was secretary of state in 2011, wrote in her 2014 memoir Hard Choices that she respected Biden’s “concerns about the risk of a raid,” but she concluded the operation’s possible benefits outweighed its risks.

A former Obama White House official told Politico in 2015 that Clinton could use the bin Laden raid to her political advantage over Biden if he ran for president.

“She can very easily point to the bin Laden operation,” the official said. “The value in it is that it’s so simple and so easy to understand: I was for it, and you were against it.”

Then-CIA chief Leon Panetta and then-defense secretary Robert Gates also wrote in their memoirs that Biden opposed the raid at the time.

Biden criticized Trump’s “hugely escalatory” decision to authorize the airstrike against Soleimani, who was responsible for the deaths of hundreds of Americans.

David Rutz is senior writer at the Washington Free Beacon. He was previously a sports reporter for two years in Atlanta and has done freelance sports reporting for the Washington Post. He graduated from Vanderbilt University in 2010 and lives in Marietta, Ga. His Twitter handle is @DavidRutz.