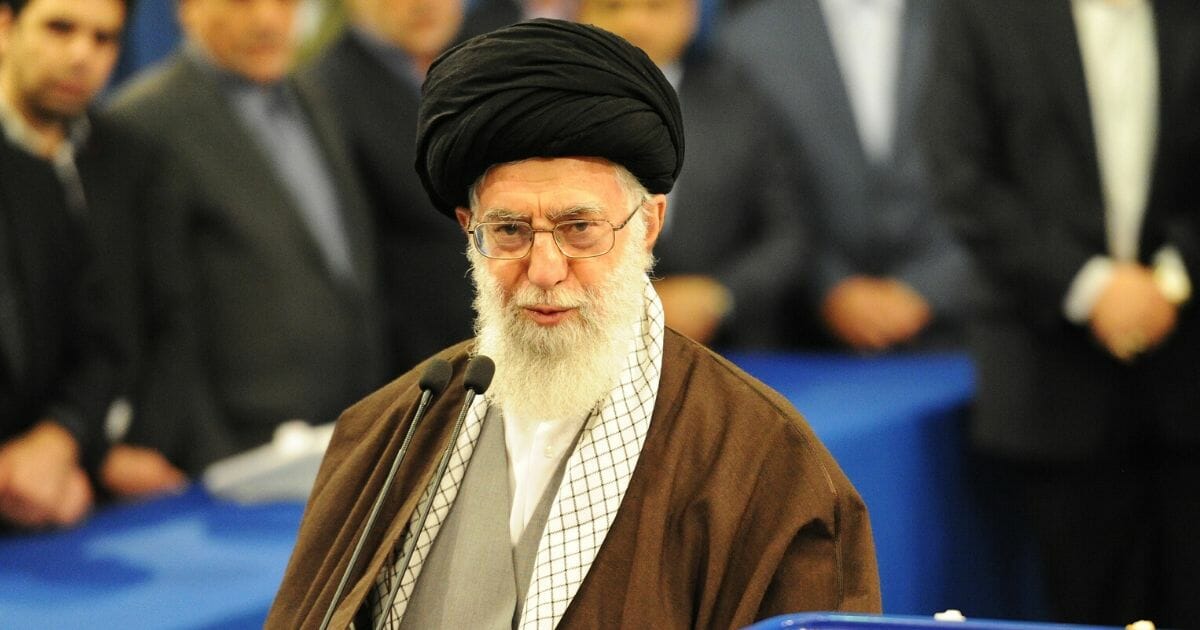 Donald Trump is hitting Iran where it hurts.

For 40 years, the murderous mullahs who lead the Islamic Republic have never needed much of a reason to hate an American president.

Even milk toast Jimmy Carter — a man whose presidency is a byword for American weakness — was hated by the ayatollahs who took over the country after the revolution of 1979.

But as Bloomberg reported Tuesday, the tyrants of Tehran have some especially good reasons to detest the current president:

About $50 billion worth, and that’s likely to keep rising.

According to Bloomberg, Iranian President Hassan Rouhani gave a speech Tuesday declaring that the sanctions Trump renewed on Iran after pulling out of the nuclear deal negotiated by President Barack Obama had cost the country $100 billion in oil revenue and the same amount in foreign investment credit.

That adds up to about $200 billion the hard men of Iran didn’t have on hand to fund terrorism against Americans, Israelis or any other group of people that stand in the way of their twisted views of religious order.

And as Breitbart News pointed out on on Wednesday, that amount dwarfs the $150 billion in Iranian assets Obama released as part of the deal. (Not to mention the planeloads of cash Obama flew the mullahs, as reported by The Wall Street Journal.)

In other words, tangling with Trump has already cost Iran at least $50 billion in net loss from their salad days with Obama.

Do you think there will be an actual war between the United States and Iran?

And unless the regime is willing to come to the table for a new nuclear deal that actually has teeth, that net cost is going to keep going up as Trump tightens sanctions even further.

The American relationship with the Shiite theocracy of Iran has been hostile for four decades — even including the craven outreach of the Obama years. (Remember the 10 American sailors who were detained and humiliated by Iranian naval forces in January 2016?)

But Trump’s decision to impose staggering sanctions on the country — the policy of “maximum pressure” — is hitting the Iranian leadership in ways that hurt.

And this is a country that thinks it’s in a position to take on the “Great Satan” of the United States — the world’s largest economy that has exploded with jobs and wealth creation since Trump took office?

Social media users were thrilled with the news.

Thank you President TRUMP Sanctions definitely save lives. The EVIL Empire. #Mullahs TERROR Regime would have used that money on TERROR WORLD OVER. pic.twitter.com/uyKwE8JBL2

The rapid end of the crisis surrounding the U.S. Embassy in Baghdad could well be a signal that Iranians are starting to understand that Trump is not an American president who could be rolled.

On Tuesday, the sprawling grounds were surrounded by militants with Iranian backing.

On Wednesday, the militias withdrew after Trump took several steps to show how seriously the U.S. was taking the situation.

The relatively peaceful ending isn’t going to be repeated in every confrontation between the two countries, but there were definitely lessons to be learned from it.

Unlike his predecessor Obama, Trump appears to understand just how big of a threat the terrorist regime of Tehran poses to the country — and he’s not willing to meekly submit to it, as Obama was.

Instead, he’s hitting back where it hurts — and even the Iranian president is admitting it.