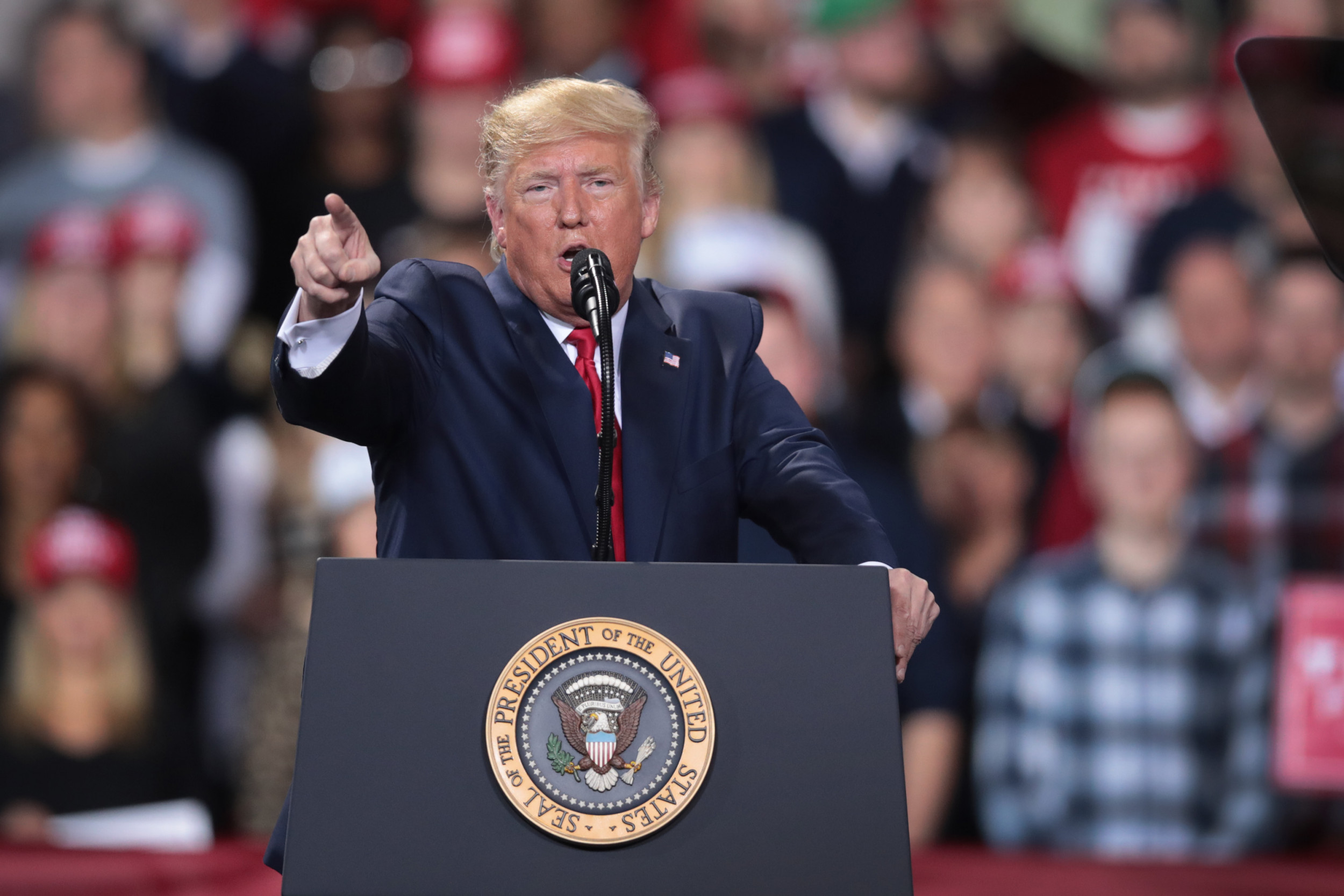 Donald J. Trump for President, Inc. on New Year’s Day announced that the president’s re-election campaign had raised $46 million in the last quarter of 2019—making the 4th quarter the campaign’s best since the beginning of the 2020 election cycle.

Despite being impeached by the Democrat-led House in mid-December, Trump’s campaign ended the year with $102.7 million cash on hand. The amount only represents fundraising for Donald J. Trump for President, Inc. and does not include finances raised by the Republican National Committee (RNC) or any other joint fundraising committees. The fourth quarter ran between October 1 and December 31.

“President Trump’s unprecedented fundraising is testament to his wide grassroots support and his stellar record of achievement on behalf of the American people,” Brad Parscale, the manager for Trump 2020 campaign, said in a statement emailed to Newsweek.

“Democrats and the media have been in a sham impeachment frenzy and the President’s campaign only got bigger and stronger with our best fundraising quarter this cycle,” he added. “The President’s war chest and grassroots army make his re-election campaign an unstoppable juggernaut.”

The Trump reelection campaign started 2019 with $19.3 million cash in hand and raised roughly $143 million more throughout the year, $83.4 million of which has been banked.

Although most 2020 Democratic candidates have yet to release their individual amounts for the fourth quarter, the president’s figure will likely top those pulled in by every other presidential hopeful during the same period.

South Bend Mayor Pete Buttigieg’s campaign revealed that the candidate raised over $24.7 million in the final quarter of 2019, with roughly 326,000 people donating. Buttigieg’s fundraising spikes in recent months have been mirrored in his rising polling results, especially in Iowa. The candidate has not yet disclosed how much cash his campaign has on hand.

Buttigieg’s campaign told Newsweek on Wednesday afternoon that the average contribution amount they received in the fourth quarter was $33.

Senator Bernie Sanders, a top tier progressive candidate, announced that his campaign drew in over five million donations since he official announced his bid for the presidency last February. However, he has yet to publicly disclose how much money he has raised in the fourth quarter of 2019.

Hawaii Congresswoman Tulsi Gabbard, another candidate, on Wednesday announced that her campaign had raised roughly $3.4 million in the fourth quarter.

Meanwhile, former tech entrepreneur Andrew Yang said on New Year’s Day that he had raised just over $4 million in the last week of 2019, a figure that exceeded the $3 million goal his campaign had set on December 23.