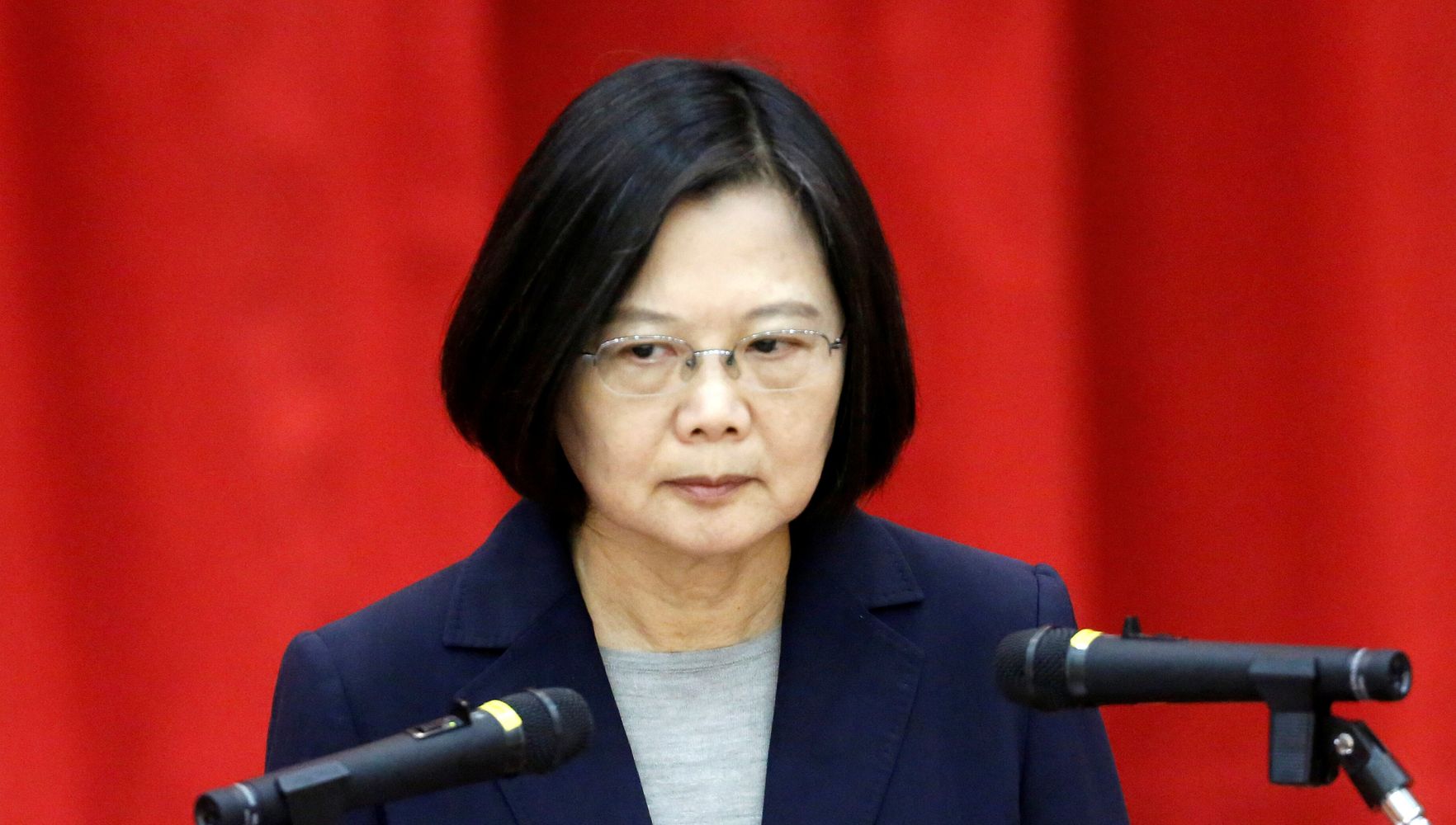 TAIPEI (Reuters) ― Taiwan President Tsai Ing-wen said on Wednesday the island would not accept a “one country, two systems” political formula Beijing has suggested could be used to unify the democratic island, saying such an arrangement had failed in Hong Kong.

China claims Taiwan as its territory, to be brought under Beijing’s control by force if necessary. Taiwan says it is an independent country called the Republic of China, its official name.

Tsai, who’s seeking re-election in a Jan. 11 vote, also vowed in a New Year’s speech to defend Taiwan’s sovereignty, saying her government would build a mechanism to safeguard freedom and democracy as Beijing ramps up pressure on the island.

Fear of China has become a major element in the campaign, boosted by months of anti-government protests in Chinese-ruled Hong Kong.

“Hong Kong people have showed us that ‘one country, two systems’ is definitely not feasible,” Tsai said, referring to the political arrangement that guaranteed certain freedoms in the former British colony of Hong Kong after it was returned to China in 1997.

Hong Kong has been hit by months of anti-government protests triggered by widespread resentment of perceived efforts by Beijing to exert control of the city despite the promises of autonomy.

Tsai said the law will protect Taiwan’s democracy and cross-strait exchanges will not be affected amid worries that the legislation may damage business ties with China.

Taiwan has passed a law to combat political interference from China ahead of their presidential election pic.twitter.com/SafVLH8XjE

China suspects Tsai and her independence-leaning Democratic Progressive Party of pushing for the island’s formal independence, and has threatened it with war if there was any such move.

Tsai denies seeking independence and reiterated that she would not unilaterally change the status quo with China.