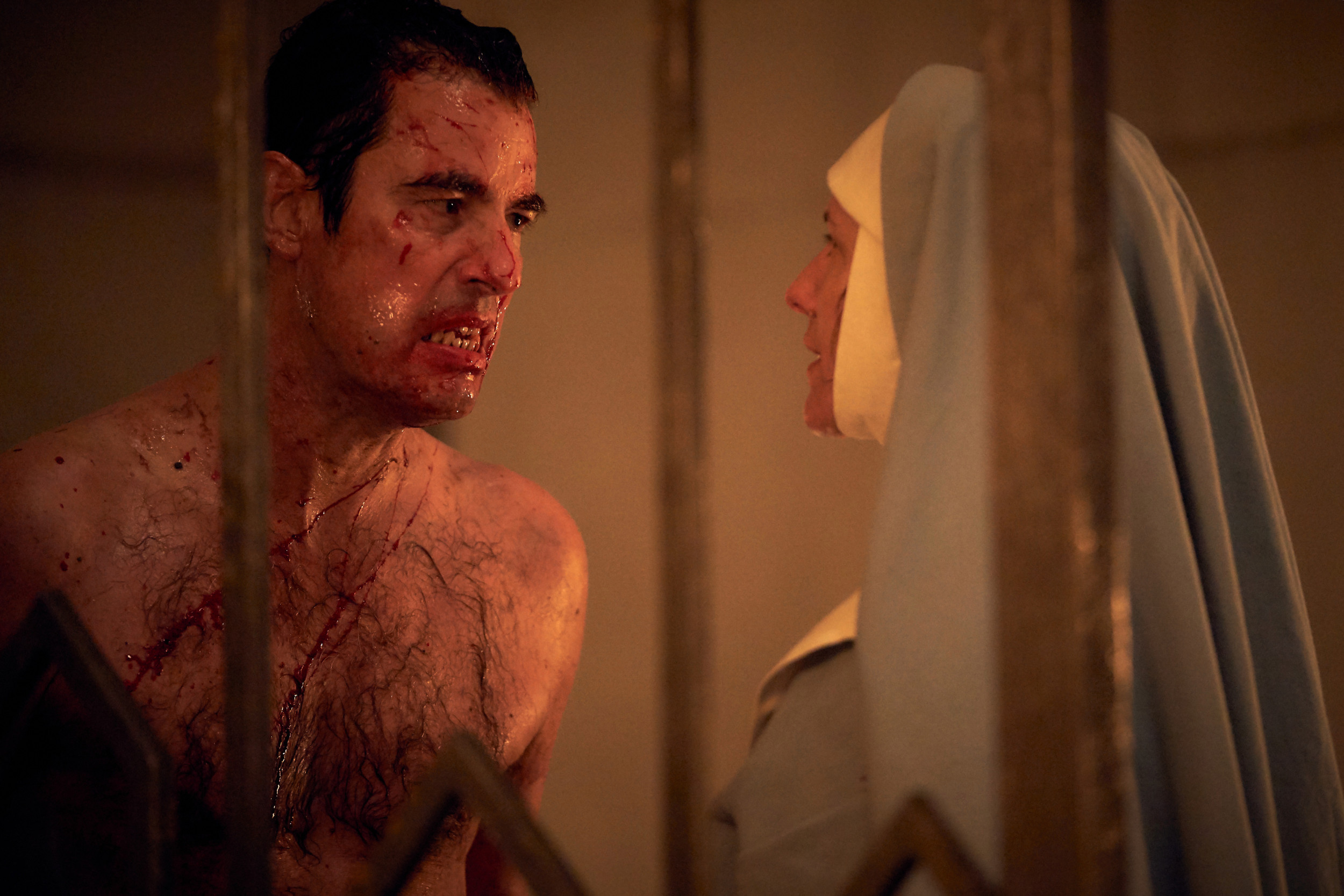 Dracula Episode 1, which aired in the U.K. on the BBC on January 1 and comes to Netflix in the U.S. on January 4, featured many memorable gory effects, from lashings of blood to that fly in Jonathan Harker’s (played by John Heffernan) eye.

But perhaps the effect that will last longest in viewers mind is a point late in the 90-minute episode in which Dracula (played by Claes Bang) transforms from a dog back into his human form by ripping through the flesh of the poor animal, leading to a memorable showdown between Sister Agatha (Dolly Wells) and a very naked Count.

It is probably not every day that a prosthetics guy is asked to create a giant flesh sack for a 6 foot 4 inches actor to rip out of, so the team working on Dracula had to get creative—and also possibly ruin their Amazon search history forever as, according to the show’s creators, speaking to press including Newsweek at the show’s premiere, they ended up using melted-down sex toys to create the effect.

In particular, the show’s team used melted (and, as the creators emphasised, not used) fleshlights. Mark Gatiss, who created the show alongside Steven Moffatt, said: “The great, terrible revelation of this whole thing is that the embryonic sack that Dracula pushes through is literally made of melted-down sex toys.It is the only latex which is flexible enough.”

At the premiere, Bang added, “In case anyone is wondering, it takes 80 of those flashlights [sic] to do that. There might be someone out there thinking, ‘how many do I need,’ and it’s 80!”

Making Bang tear his way through a sex toy sheath was not the only indignity the actor was subjected to for this scene, as he was required to shoot the naked scene for three days in a very cold Slovakia. The 52-year-old Dane said: “It was about minus five, it is a 10 minute scene, and we did the whole scene every time.”

Wells added: “I felt quite guilty, because I had long johns and so many clothes on!”

However, according to Bang, it was actually his decision to do the scene nude. He said: “I know it’s slightly weird, but I thought it was written like that and it has an impact that he’s actually stood there with no clothes on. It works.” He also joked: “I just like that. They were saying ‘put [clothes] on, put ’em on,” and I said, ‘no, no.'”

Dracula is released on Netflix on January 4.