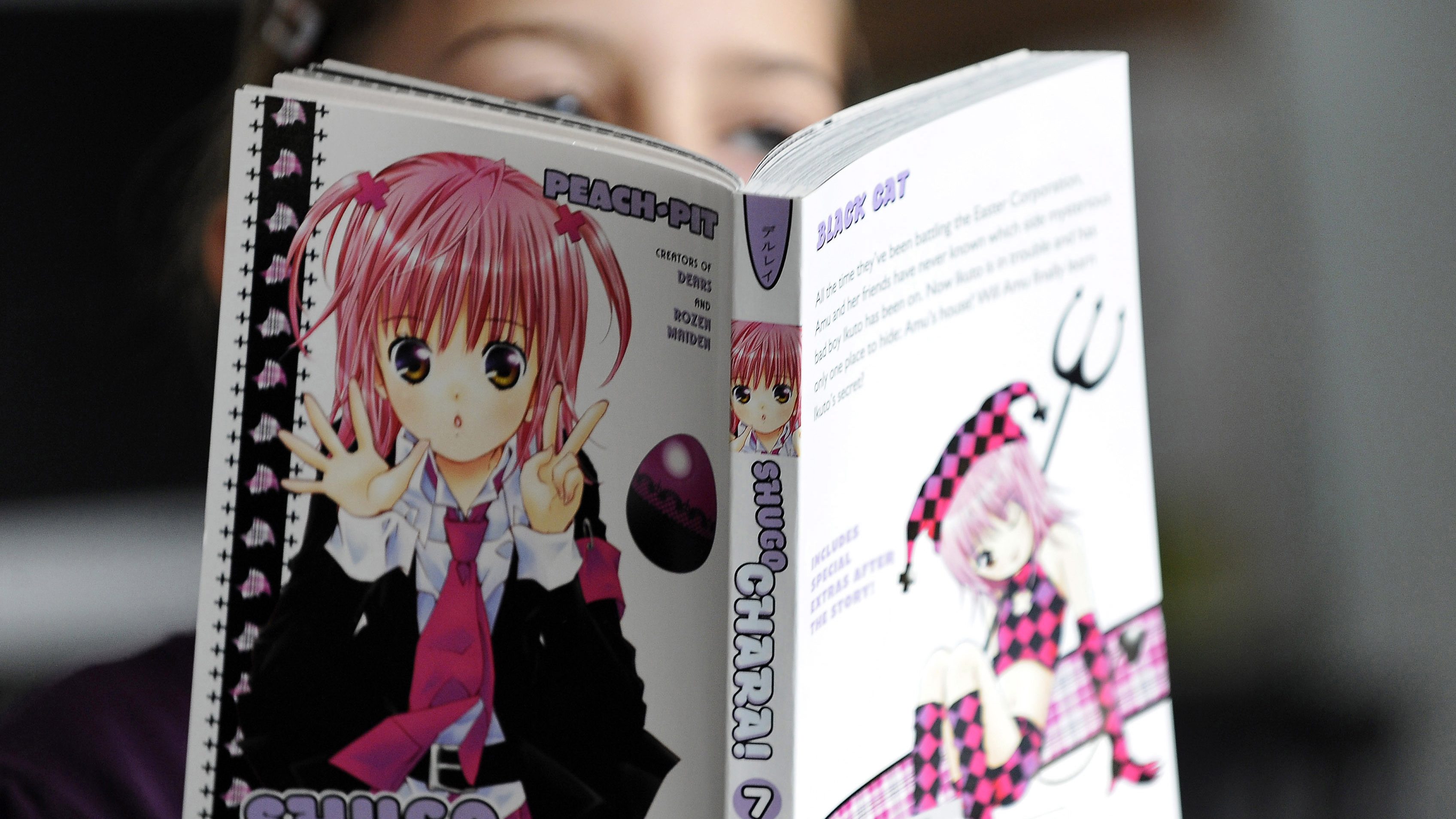 Here’s a tradition that has persisted for generations: Kids huddle outside the doors of their local comic book shops—clutching their weekly allowance, babysitting money, loose change scavenged from between sofa cushions—just itching to get their hands on the latest issue of Superman, The Amazing Spiderman, or Teen Titans.

And accompanying this tradition are the unenlightened parents who roll their eyes at the stacks of glossy paperbacks avalanching to the floor, sighing “Well, at least they’re reading something.”

Comic books and graphic novels have come to be regarded as a medium of pure, decadent entertainment. Yet literary scholars have started to study the unique language of visual narratives and how it influences and informs the way readers understand stories, and how our brains develop and understand codes and language.

In Western culture, we tend to think of reading as memorizing the phonic building blocks that make up words, learning their meanings, and then stringing the words together into sentences and ideas. In other words, we define literacy as the process of translating abstract concepts to and from textual and verbal language.

Except not all literacy is textual, or even grounded in a verbal language at all.

Origins of art and language

According to studies, humans are 60,000 times faster at processing visual information than text.

As far back as 40,000 years ago, humans painted crude images on cave walls to communicate and record their experiences. The oldest of these paintings communicates entire narratives with only a few, simple lines. Unlike with written text, a single image frame can contain narrative information that spans time and space, connects us viscerally to a character or experience, and teaches us something new about the observer.

Humans have been making art since the infancy of our species. It doesn’t take an anthropologist to recognize the basic building blocks of cave paintings in the scribblings of modern-day children: A squiggle on the top of a head represents hair. And the length of that squiggle or the outline and shape of a body symbolize gender. Sharp angles on facial features indicates negative emotions such as anger, fear, or frustration, while softer lines are more often associated with positive feelings, like happiness or surprise.

Children draw the world the way they experience it, which means people are often represented with exaggerated heads and hands because these are the two most important tools through which children sense and learn about the world, according to psychologists.

These complex panels create a visual language that directly activates the same cognitive processes as more advanced text comprehension to achieve a rich, multi-dimensional representation of the presented information.

Thanks in part to the enduring popularity of comics and comic characters—not to mention the ongoing blockbuster franchises of comic remakes—the internet is flooded with articles encouraging parents and educators to allow children to read comics. Most focus on the argument that because kids enjoy comics they will therefore be motivated to read them, and inadvertently benefit from their tools and learning properties. Some have correctly pointed out that reading visual narratives improves overall literacy. But few take the time to consider that comics are doing more than simply entertaining or educating.

Neil Cohn, comics theorist, assistant professor at Tilburg University, and author of a study titled Visual Narratives and the Mind, makes the point that comic books can serve as a powerful and effective learning aid.

Children with learning or developmental differences, especially those with autism spectrum disorder, can resist or struggle with the transition from visual to more traditional reading tasks. And this is where comics and graphic narratives have the most potential to enrich and empower kids’ lives and learning abilities.

Your brain on comics

The more we learn about human cognition and perception, the more we are realizing that our basic understanding of how we interact with the world—spatial, physical, and emotional—is first processed by the brain in a way that is similar to how children, cavemen, and comics tell stories: experience first, language second.

According to studies, humans are 60,000 times faster at processing visual information than text. It’s a more streamlined process, like watching a movie with dubbed language rather than having to read subtitles. According to researchers like Cohn, humans are naturally inclined toward the efficiency of visual storytelling.

Traditional text is limited to presenting the same information sequentially. But when we read comics, we simultaneously interpret a multitude of visual information such as setting, mood, time, emotion, dialogue, and action.

In an episode of the podcast Making Sense with neurologist Sam Harris, Barbara Tversky, cognitive scientist and author of the book Mind in Motion: How Action Shapes Thought, argued that the human brain is actually structured more like comics than traditional language, because we first understand the world around us by mapping spatial and relational information onto our own bodies, much the way we do when we read comics.

Specialized brain cells called “mirror neurons” process gestures like facial expressions by assimilating them into our own senses and assigning meaning based on past experience. We imagine ourselves performing the same actions, and experience the physical and emotional sensations that go along with it.

This is one reason why children with autism spectrum disorder often struggle to relate to the feelings and needs of others, because they don’t pick up on the visual emotional cues. It’s also why reading comics could not only improve their reading comprehension, but their social and interpersonal communication as well.

Reading, interpreting, and creating comics may be a way of strengthening the pathways that are responsible for other types of processing as well. Studies suggest that children who struggle with reading often do so because they have difficulty integrating new information into context they can use. They may recognize the words on a page, but struggle to correctly assess which pieces of information are relevant to the narrative. This can make reading lengthy text and interacting in complex natural environments overwhelming.

The structured visual language of comics offers salient and reliable cues about what information is both important and relevant. The exaggerated facial expressions and consistent visual cues that make up the language of comics and graphic novels help train the brain to recognize when and how to utilize those empathy pathways.

Sure, it’s not quite the same as getting bit by a radioactive spider. But introducing your child to comics and graphic novels at a young age and encouraging them to continue exploring the rich variety of visual media throughout their life could grant them access to new skills, and by virtue, new powers. Not the flashy kind like super strength or x-ray vision, but the kind that makes them stronger, more successful humans.

The enduring popularity of graphic storytelling is not a result of seductive images or flashy plotlines, but a reflection of how the human mind has evolved to understand and interpret stories.

Comics are the source of some of the most widely recognized and beloved characters in history. Marvel’s End Game was the highest-grossing film of all time, and DC Comics’s new HBO series Watchmen is making headlines across the internet.

And not just the ones about superheroes. Like its more traditional, text-based literary cousin, comics comprise a vast category that not only appeals to young children first learning to read, but also to adults who want to read about anything from zombies to religion to the lives of sex workers.

Although comics and the entire comic industry have evolved with the times, comic culture and tradition are likely to continue. When pop culture makes us better at life, it tends to stick around.