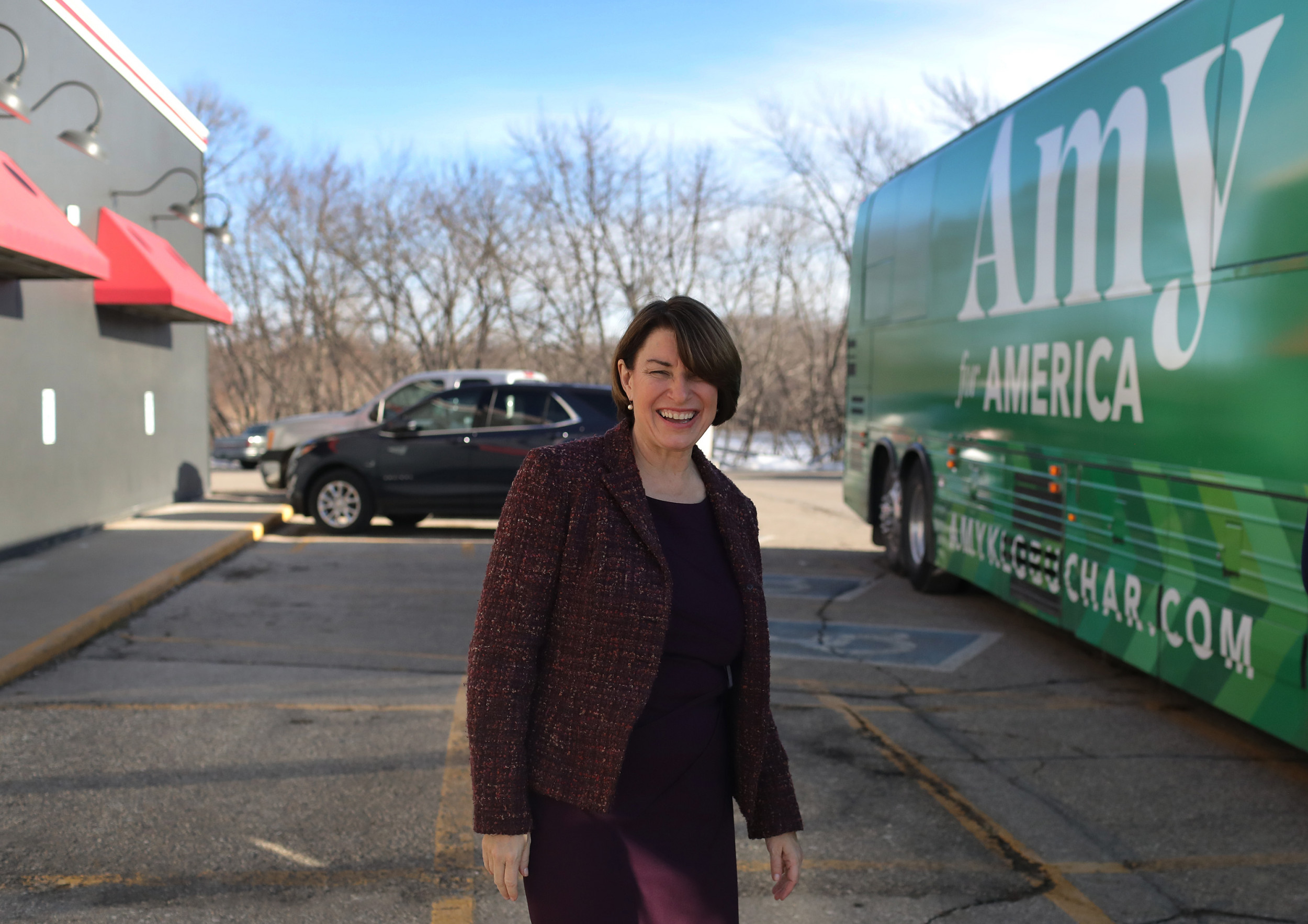 2020 presidential candidate Democratic Senator Amy Klobuchar on Wednesday called out President Donald Trump after a report found he had spent one of five days in 2019 at a golf club.

A report, published by CNN on New Year’s Day, found that Trump, who ended 2019 with a stint at the Trump International Golf Club in West Palm Beach, had spent more than 252 days at one of his golf clubs and 333 at one of his properties since he was inaugurated in January 2017. Throughout last year alone, the president was at a golf club over at least 86 days.

In response, Klobuchar shared the article and said: “For the record, I spent 0 days on the golf course in 2019.”

Trump is not the only U.S. president to have been repeatedly criticized over his golfing habits. Former President Barack Obama was also part of a long line of American leaders who have demonstrated a love for the sport. In 2016, Trump repeatedly criticized his predecessor for spending time on the golf course during his campaign trail.

“I mean he’s played more golf than most people on the PGA Tour, this guy,” the president said once said at a rally in New Hampshire. “What is it, over 300 rounds? Hey, look, it’s good. Golf is fine. But always play with leaders of countries and people that can help us! Don’t play with your friends all the time.”

Klobuchar’s remark comes weeks after the sixth Democratic debate in Los Angeles, during which she attempted to make an electability argument as a senator from a purple state who can “bring in the rural and suburban areas.” After seeming lost on the debate stage throughout last summer and autumn, Klobuchar left the smaller stage in December having had a more relaxed and assured performance.

“She’s gotten better as these debates have gone on,” political analyst David Axelrod said on CNN after the senator fire back at South Bend Mayor Pete Buttigieg over his experience and political resume.

The moderate candidate, who’s is currently polling among the second tier of presidential candidates vying for the 2020 Democratic nomination, has recently declared that she’s well-positioned to defeat Trump in the upcoming general election.

“I can appeal to independents, too,” she told supporters during a visit to Mount Washington Valley this week. “I’m from the middle of the country, where I can win with steel workers in northern Minnesota and with farmers.”