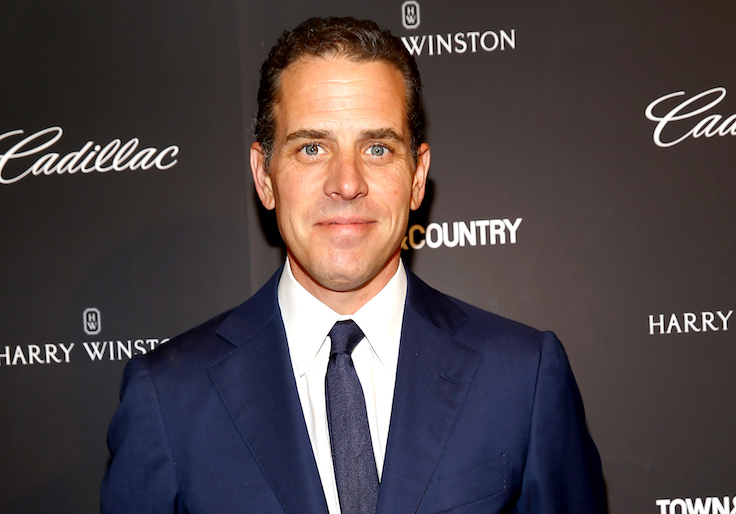 The Chinese company in which Hunter Biden held a stake invested in a Congolese mine that was the site of gross human rights abuses and at least one death.

Biden, son of Democratic presidential frontrunner Joe Biden, joined the board of Chinese investment firm BHR in 2013, while his father served as vice president. He purchased a 10 percent stake in the company in 2017 and maintained that stake even after he resigned from the board in October. Among BHR’s investments was the largest cobalt and copper mine in the Democratic Republic of Congo, the Tenke Fungurume mine, where the Congolese military in June executed a brutal crackdown on illegal mining viewed as a threat to the mine’s bottom line. Since then, the military has torched houses and cracked down on dissent in the region—actions that drew the condemnation of human rights groups.

“Given the long history of excessive use of force by the Congolese army and its lack of appropriate training in managing public order, the DRC government must immediately withdraw its armed forces from the mines to avert unlawful killings,” Amnesty International spokeswoman Sarah Jackson said in a statement.

The violence came to a head in August, when the military shot a woman dead, according to AFP.

BHR finalized the sale of its stake in the mine to another Chinese entity in September, a transaction that netted the firm $1.1 billion. While Biden’s legal team has claimed that the BHR shares have yet to pay dividends, he stands to benefit financially when he sells those shares. Biden’s attorney did not respond to requests for comment about BHR’s dealings in the Congo.

Biden’s international business dealings have become a campaign issue in the 2020 Democratic primary, sparking accusations of cronyism and spurring his decision to step down from BHR’s board in October. Biden has also pledged that, should his father be elected president, he would not sit on the boards or work on behalf of foreign-owned companies. Joe Biden’s presidential campaign did not respond to a request for comment.

BHR leveraged financial support from China Molybdenum, a Chinese resource company, to purchase a 24 percent stake in Congo’s Tenke Fungurume mine in 2017. The transaction gave China Molybdenum, which was already a majority stakeholder in the Congolese mine, the “exclusive right” to purchase BHR’s stakes in the mine in the future. Neither China Molybdenum nor BHR responded to requests for comments.

The area surrounding the Tenke Fungurume mine had more than 10,000 “artisanal” miners who often illegally acquire ores in areas reserved for the Chinese enterprise. China Molybdenum previously identified the illegal miners as a “significant security risk” that might affect production output in the future. The mine’s management has asked the government to do more to secure the concession but did not urge a military solution, according to Reuters.

The Congolese military evicted the alleged illegal miners in June, deploying between 600 and 800 troops in the mining concession, according to AFP. Watchdog groups quickly urged the Congolese military, which has a poor human rights record, to stand down. Amnesty International said in July that Congo should “withdraw armed forces from Fungurume mines to avert bloodshed.”

“The deployment of the military, if not properly managed, risks turning into untimely human rights violations, which can damage the company’s reputation and the supply chain of Congolese cobalt,” the South Africa Resource Watch said in a statement.

The confrontation between the military and the miners quickly turned violent. The armed forces burned down dozens of homes suspected of belonging to illegal miners, severely burning a 3-year-old girl and 14-month-old boy in the process, according to Reuters. Soldiers fired “stray bullets” into a mining camp that killed a woman and injured nine others, AFP reported in August.

When the Congolese military began its operation, BHR was in the process of selling its stake in the Tenke Fungurume mine to China Molybdenum. The transaction, initiated in January, concluded in September, one month before Biden stepped down from the BHR board.

The current situation at the mine is unclear, though previous conflicts in the country have led to violent outbursts requiring international oversight. In 2004, Congolese military personnel were tried for war crimes after they committed atrocities in the aftermath of an operation to secure an Australian-owned mining concession.

Yuichiro Kakutani is a reporter at the Washington Free Beacon. He recently graduated from Cornell University, where he studied government and history. He previously served as editor for The Cornell Daily Sun. He’s a proud New Yorker — and by that he means, New York City.