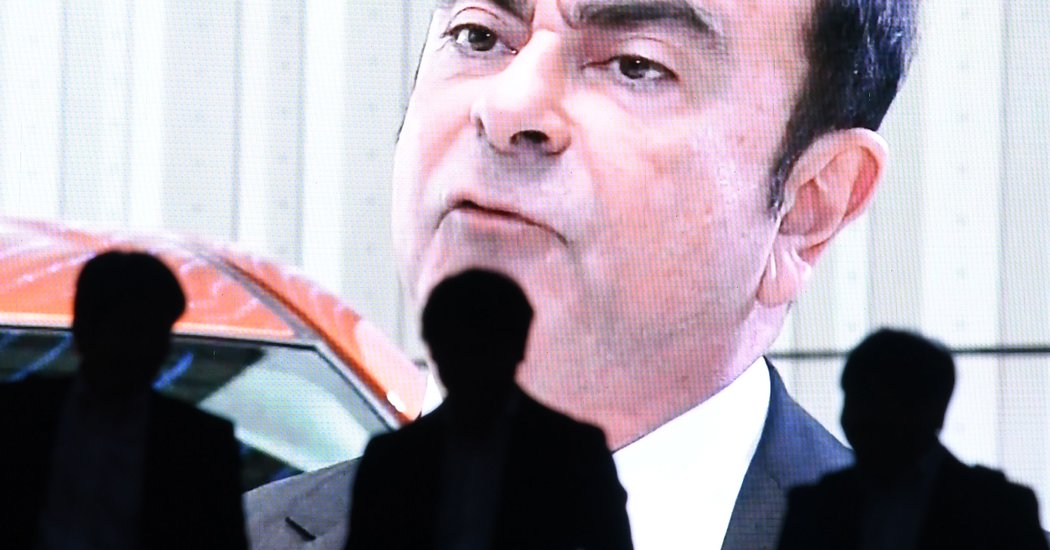 If the fugitive former automotive executive Carlos Ghosn were to go to France, the authorities there would not extradite him to Japan, a government minister said on Thursday, four days after Mr. Ghosn fled Japan to avoid trial on financial misconduct charges.

Mr. Ghosn, the former chief executive of Nissan and Renault, made a stunning getaway on Sunday, though his movements were supposed to be strictly limited while he was free on bail in Japan. He turned up in Lebanon, saying he had escaped the “rigged Japanese justice system.”

In Turkey, the authorities detained seven people suspected of helping Mr. Ghosn escape, according to news outlets there. He reportedly left Japan late Sunday aboard a business jet from Osaka to Istanbul Ataturk Airport, where he quickly switched to another plane and flew to Beirut.

Much about his cinematic flight remains shrouded in mystery, including how he was able to escape surveillance in Japan, how he arranged his flights to Lebanon, and whether he was helped by any other countries.

Mr. Ghosn, who has been charged in Japan with an array of financial crimes, was born in Brazil to a Lebanese family, grew up mostly in Lebanon and has lived most of his adult life in France. He has passports from all three countries, though his lawyers in Japan have said that they held the documents.

“If Mr. Ghosn arrived in France, we would not extradite Mr. Ghosn because France never extradites its nationals,” Agnès Pannier-Runacher, a junior economy minister, told the news channel BFM. “That’s a rule of the game.”

Four of the seven people arrested in Turkey were pilots employed by a private aviation company, two were employees of a company that provides ground services to aircraft, and one was a manager of a private cargo company, according to the Turkish reports.

An official at Havas, a ground services company that operates at Istanbul Ataturk Airport, confirmed that two of its employees were in custody for questioning in the case but said that they were expected to be released later in the day. A person who answered the phone at MNG said no one was available to comment.

It was not clear whether anyone in Turkey knowingly aided Mr. Ghosn, or if he used some kind of subterfuge to avoid detection, like traveling under an alias.

Japanese prosecutors on Thursday raided Mr. Ghosn’s sprawling, two-story house in an exclusive neighborhood of central Tokyo. After about four hours, around a dozen men — most of them wearing black suits and surgical masks — carried out heavy black briefcases, ignoring questions journalists who followed them.

While officials in Japan have expressed their outrage over his escape, Mr. Ghosn has said he would speak to the news media “starting next week.”

In Lebanon, which doesn’t have an extradition treaty with Japan, Mr. Ghosn is seen as a folk hero, a favorite son who studied in France’s most prestigious schools before embracing a successful career in the automobile industry.

Mr. Ghosn remains widely respected in France despite the accusations that he underreported his compensation and shifted personal financial losses to Nissan. French officials would not comment on how Mr. Ghosn was able to flee Japan or whether he had a second French passport.

On extradition, Ms. Pannier-Runacher said, the same rules apply to Mr. Ghosn as to any French person. Nobody is above the law, she added, but “French citizenship protects, and is protective of its citizens.”

A flight to France would be risky: Mr. Ghosn would have to pass through the airspace of several countries that could arrest him.

Asked if Mr. Ghosn had fled to save his life, Ms. Pannier-Runacher said that although his living conditions in Japan were unpleasant, his life had not been threatened. Even so, she seemed amazed by the unfolding drama.

“I’m hesitating between novel-like and … I don’t have the words to describe this escape,” she said.