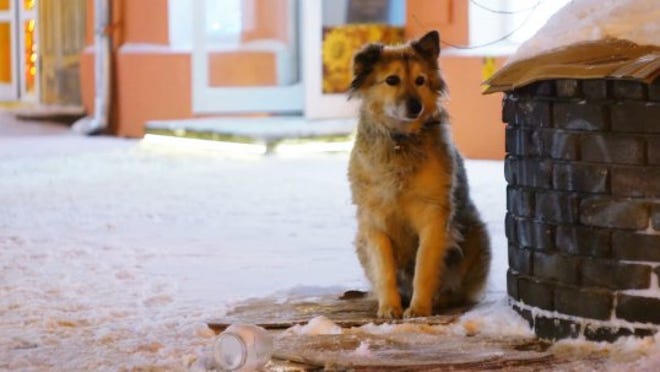 A Florida woman is facing a felony animal cruelty charge after allegedly drowning her dog in the bathtub, police say.

Margaret Kinsella, 43, told deputies she purposely killed her Labrador Retriever because she was upset that the dog barked all the time, according to court documents.

She confessed, “I drowned my dog,” Manatee County Sheriff’s Office deputies wrote in the arrest report, and was arrested once a necropsy determined the dog’s cause of death. Authorities charged her with a third-degree felony under Florida law and ordered her to appear in court on Jan. 10.

The drowning took place on Nov. 5, an affidavit said, while maintenance workers were repairing Kinsella’s air conditioning unit. Kinsella took the chocolate lab on a walk around 2 p.m., maintenance worker Wilfredo Asia said in the affidavit, and went into the bathroom with the dog upon their return. Asia then heard screaming and asked Kinsella if she needed help but she refused, the affidavit said.

Minutes later, Asia heard the screaming intensify and opened the bathroom door, according to the affidavit. Asia saw the dog floating in the bathtub, deputies wrote, and rushed to remove it.

In interviews, Kinsella allegedly told deputies that her anxiety and depression increased as she dealt with the deaths of her husband and father in the past year. She said she became angry after the dog barked and bit her, driving her to drown the animal, according to the affidavit.

While every state has laws banning animal cruelty, President Donald Trump signed a bill in November making it a federal felony. Kitty Block, president and CEO of the Humane Society of the United States, has said the law fills a gap between state laws, allowing federal prosecutors to pursue cases that cross state lines.