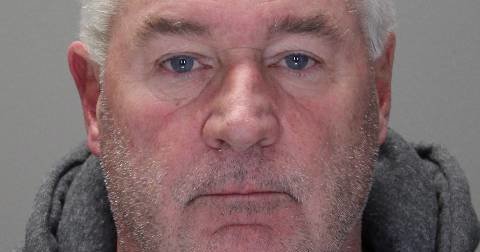 “This is what we do for anyone in this situation,” he said. “He was treated like anybody else.”

Mr. Kolb, a 20-year veteran of the Assembly, and its minority leader since 2009, represents Ontario County and a portion of Seneca County.

He has been re-elected nine times and had managed to avoid the corruption scandals that have engulfed many other Albany legislators. He sought to parlay that record into higher officer in 2018 when he briefly campaigned to unseat Gov. Andrew M. Cuomo.

As a lawmaker, he helped push for legislation to crack down on drinking while driving with children as passengers.

One of Mr. Kolb’s Republican colleagues in the Assembly, Kieran Michael Lalor, used Twitter to call for Mr. Kolb to step down as minority leader.

“That he hasn’t done so already is a disgrace,” Mr. Lalor wrote on Twitter.

A spokesman for Mr. Kolb declined to elaborate on the statement or to comment on Mr. Lalor’s call for the legislator’s resignation as minority leader.

Mr. Kolb’s Dec. 24 column in the upstate Daily Messenger newspaper warned against drunken driving during the holidays, and it highlighted that December was National Drunk and Drugged Driving Prevention Month.

“Many of our holiday traditions, especially our New Year’s Eve celebrations, involve indulging in spirits,” he wrote. “Done safely, and in moderation, these can be wonderful holiday experiences. However, tragedy can be only one bad decision away.”

He continued, “Do not operate a vehicle if your ability to do so is impaired,” adding, “Please consider the ramifications of impaired driving, especially as we prepare to close out 2019 and welcome in a new decade.”