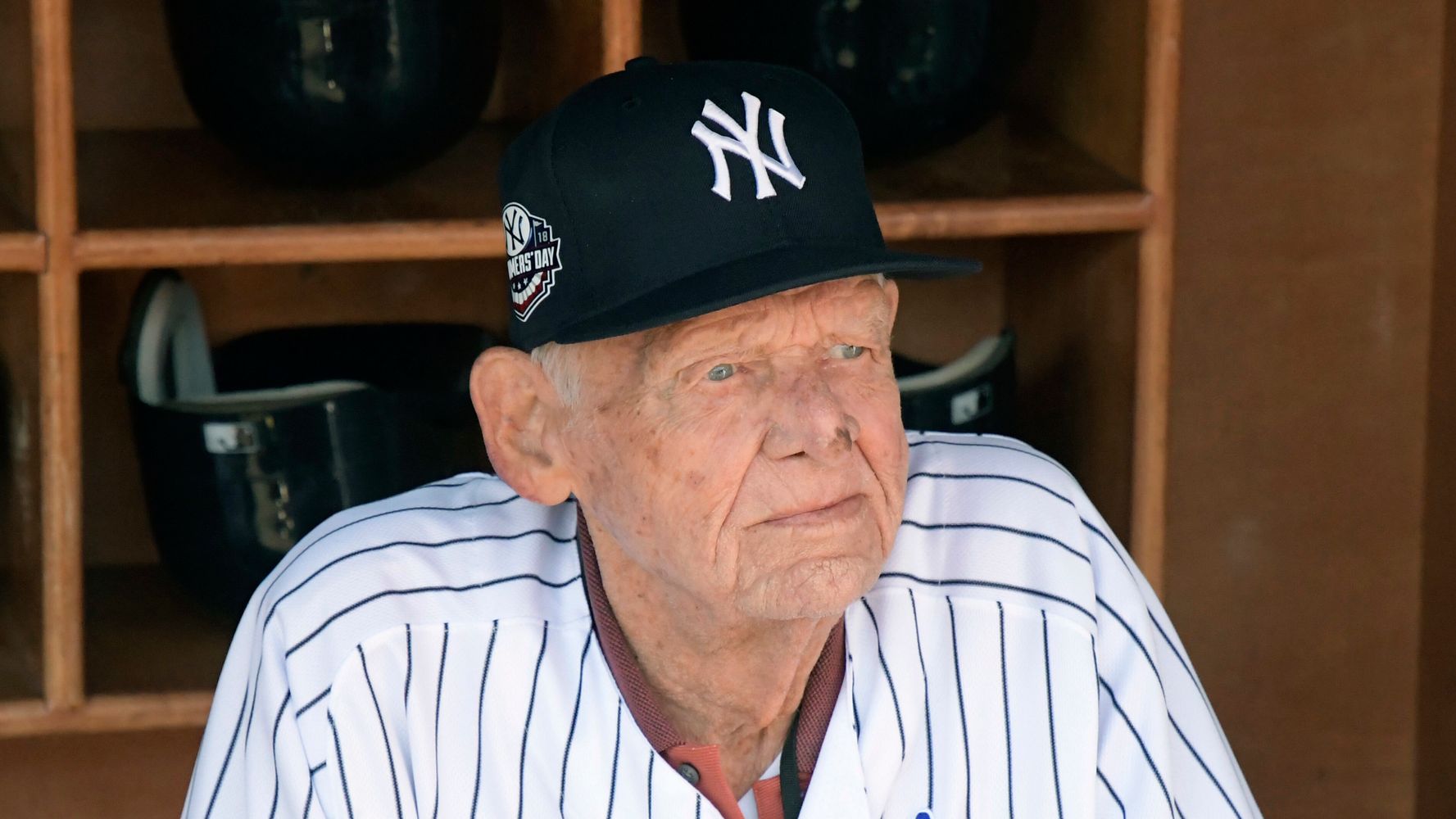 NEW YORK (AP) — Don Larsen, the journeyman pitcher who reached the heights of baseball glory when he threw a perfect game in 1956 with the New York Yankees for the only no-hitter in World Series history, died Wednesday night. He was 90.

Larsen was the unlikeliest of characters to attain what so many Hall of Famers couldn’t pull off in the Fall Classic. He was 81-91 lifetime, never won more than 11 games in a season and finished an unsightly 3-21 with Baltimore in 1954, the year before he was dealt to the Yankees as part of an 18-player trade.

In the 1956 World Series, won in seven games by the Yankees, he was knocked out in the second inning of Game 2 by the Brooklyn Dodgers and didn’t think he would have another opportunity to pitch. But when he reached Yankee Stadium on the morning of Oct. 8, he found a baseball in his shoe, the signal from manager Casey Stengel that he would start Game 5.

“I must admit I was shocked,” Larsen wrote in his autobiography. “I knew I had to do better than the last time, keep the game close and somehow give our team a chance to win. Casey was betting on me, and I was determined not to let him down this time.”

The Dodgers and Yankees split the first four games and Stengel liked the deception of Larsen’s no-windup delivery. The manager’s instincts proved historically correct. The lanky right-hander struck out seven, needed just 97 pitches to tame the Dodgers and only once went to three balls on a batter — against Pee Wee Reese in the first inning.

In winning 2-0, the Yankees themselves only managed five hits against the Dodgers’ Sal Maglie, but scored on Mickey Mantle’s home run and an RBI single by Hank Bauer.

Larsen, selected MVP of the 1956 Series, had two close calls. In the second inning, Jackie Robinson hit a hard grounder that was deflected by third baseman Andy Carey to shortstop Gil McDougald, who threw out Robinson. In the fifth, Mantle ran down a long drive to left-center field by Gil Hodges. With two outs in the ninth, pinch-hitter Dale Mitchell took a third strike, completing the perfect game and sending catcher Yogi Berra dashing out from behind the plate to leap into Larsen’s arms.

“When Yogi Berra jumped on me and grabbed with the bear hug, my mind went completely blank,” Larsen wrote in his autobiography. “I was under friendly attack … I was swept into the dugout.”

Their celebration remains one of baseball’s most joyous images.

“Don’s perfect game is a defining moment for our franchise, encapsulating a storied era of Yankees success and ranking among the greatest single-game performances in Major League Baseball history,” the Yankees said in a statement. “The unmitigated joy reflected in his embrace with Yogi Berra after the game’s final out will forever hold a secure place in Yankees lore. It was the pinnacle of baseball success and a reminder of the incredible, unforgettable things that can take place on a baseball field.”

We are deeply saddened to learn of the passing of Don Larsen, who remained a welcome & familiar face at our annual Old-Timers’ Day celebrations. The Yankees organization extends its deepest condolences to Don’s family and friends during this difficult time. He will be missed. pic.twitter.com/OgOdofzSTS

Born Aug. 7, 1929, in Michigan City, Indiana, Larsen moved with his family to San Diego, where he went to Point Loma High School, the alma mater of another Yankees perfect game pitcher, David Wells. Larsen played basketball and baseball and was signed by the St. Louis Browns for a $500 bonus and $150 a month.

After two minor league seasons, Larsen hurt his arm and then spent two years in the Army. He was promoted to the Browns in 1953 and moved with the team to Baltimore the following year. He struggled through his 3-21 season but two of the wins were against the Yankees, who insisted he be included in the trade that also brought pitching star Bob Turley to New York.

Larsen started 1955 with the Yankees’ farm team in Denver, where he went 9-1 and developed the no-windup delivery. Promoted to the majors midway through the season, he finished 9-2 for New York. Larsen went 11-5 the next season and enjoyed the party atmosphere that came with playing for the Yankees, often running with Mantle, Billy Martin and Whitey Ford in their late-night rounds of the city. On the night before his perfect game, he had been out on the town, believing he was not in Stengel’s plans for the next day.

Larsen pitched in three other World Series. He won Game 2 of the 1957 series against Hank Aaron and the Milwaukee Braves, but lost the decisive Game 7. He shut out the Braves 4-0 on six hits in Game 3 of the 1958 Series, when New York beat Milwaukee in seven games, and was back in the Bronx with the San Francisco Giants for the 1962 Fall Classic.

Pitching against the Yankees on Oct. 8, the sixth anniversary of his perfect game, he won in relief at Yankee Stadium. After the 1959 season, he was traded to Kansas City in a deal that brought Roger Maris to New York. With the A’s, he went 1-10 in 1960, a reminder of his dreadful season with the Orioles. He was sent back to the minors where he became a relief pitcher and then moved on to the Giants, Chicago White Sox, Houston, Baltimore and the Chicago Cubs.

Larsen retired in 1967 with an 81-91 record over 14 major league seasons. He later worked as a liquor salesman and paper company executive. When David Cone tossed a perfect game for the Yankees during the 1999 season, Larsen was in attendance after throwing out the ceremonial first pitch.

No other pitcher has thrown a perfect game in the postseason, but in 2010 the Phillies’ Roy Halladay pitched a no-hitter against the Cincinnati Reds during the National League Division Series.

“They can never break my record,” Larsen would say of his game. “The best they can do is tie it. October 8, 1956, was a mystical trip through fantasyland. Sometimes I still wonder whether it really all happened.”

Late on Wednesday night, Cone tweeted “RIP my friend” with a photo of himself, Wells and Larsen together on the field at Yankee Stadium.

We debuted 11 years ago today and were honored to have Don and Yogi Berra in Studio 42 to remember his perfect game. pic.twitter.com/UUDFO5WbHV

In addition to son Scott, Larsen is survived by his wife of 62 years, Corrine, daughter-in-law Nancy, and grandsons Justin and Cody.