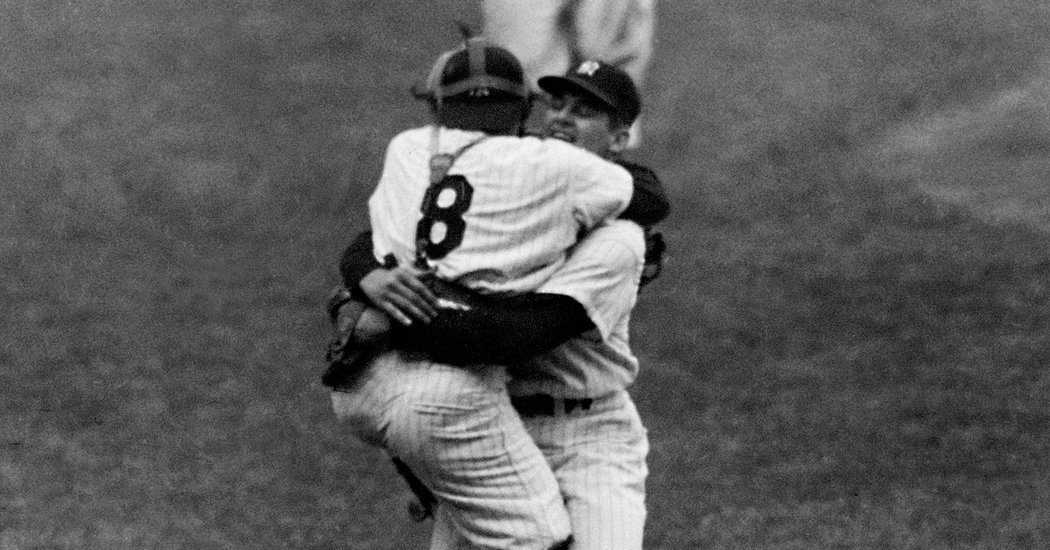 He came away with nothing worse than a chipped tooth, but his misadventure inspired Yankees teammates to dub him Gooney Bird, for the albatross, found mostly on Midway Atoll in the Pacific, known for what are taken to be pratfalls while it scurries on land.

But Larsen went 11-5 in 1956, flourishing late in the season when he developed what was then an unorthodox no-windup delivery that gave him better balance while disguising his pitch selection.

Manager Casey Stengel took a chance on him in Game 2 of the World Series, only to see him knocked out in the second inning at Ebbets Field when the Dodgers scored six runs in a 13-8 victory.

When Larsen arrived at Yankee Stadium three days later, he had no idea whether he would face the Dodgers again. He learned that he would start Game 5, the Series tied at two games apiece, only when he found a baseball placed in one of his shoes — the customary signaling of a starting assignment — by Frank Crosetti, the third-base coach. No one had been chosen by Stengel the day before.

Larsen and the Dodgers’ Sal Maglie were both perfect going into the fourth inning. But Mickey Mantle hit a home run with two out in the fourth to give the Yankees a one-run lead, and the Yanks added another run in the sixth.

In the Dodgers’ second inning, Jackie Robinson led off with a hard shot that bounced off third baseman Andy Carey, but shortstop Gil McDougald grabbed the ricochet and threw out Robinson, who was lacking the speed of his early years, on a close play. “It hit off the fingertips of my glove,” Carey once recalled. “A few years before, Robinson would have beaten it out.”