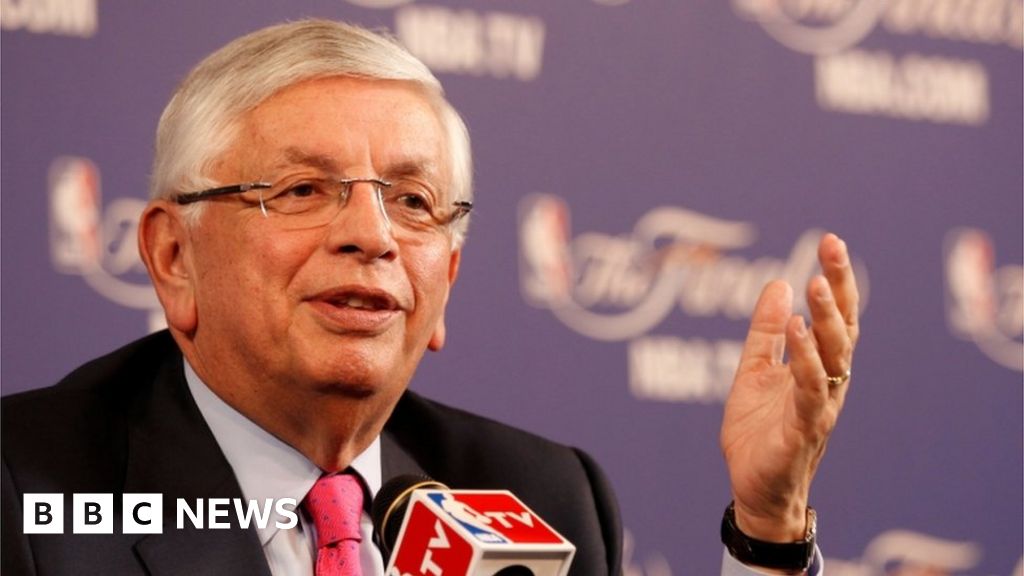 David Stern, the former commissioner of the US National Basketball Association (NBA), has died at the age of 77.

He had been in a serious condition after suffering a brain haemorrhage in December.

Stern was the NBA’s longest-serving commissioner, holding the job for 30 years until retiring in February 2014.

He is credited with massively increasing the sport’s revenues and popularity at home and abroad during his tenure.

“Because of David, the NBA is a truly global brand – making him not only one of the greatest sports commissioners of all time but also one of the most influential business leaders of his generation,” his successor, Adam Silver, said in a statement.

“Every member of the NBA family is the beneficiary of David’s vision, generosity and inspiration.”

Stern took over the NBA in February 1984. Basketball then drew in smaller television audiences and less money than other US sports like baseball and American football.

But during his time in charge he helped build the NBA’s profile with a focus on its star players – making people like Michael Jordan household names around the world.

Seven new teams joined the league during his three decades in charge, including two in Canada. One of these – the Toronto Raptors – won their first NBA title in June. He also oversaw the creation of the Women’s NBA in 1997.

By the time Stern handed control of the NBA over to his deputy Adam Silver in February 2014 – thirty years to the day after taking the job – more than 200 countries were broadcasting US basketball games.

Last season was the sixth in which more than 100 international stars played in the NBA.

Born in 1942 in New York, he attended Columbia Law School and first became affiliated with the NBA through work for a prominent law firm which represented the league in the 1960s.

He became the NBA’s general counsel in 1978 and executive vice president in 1980, before taking the top role four years later.

Stern died in hospital in Manhattan surrounded by his family. He is survived by his wife Dianne and two sons, Eric and Andrew.