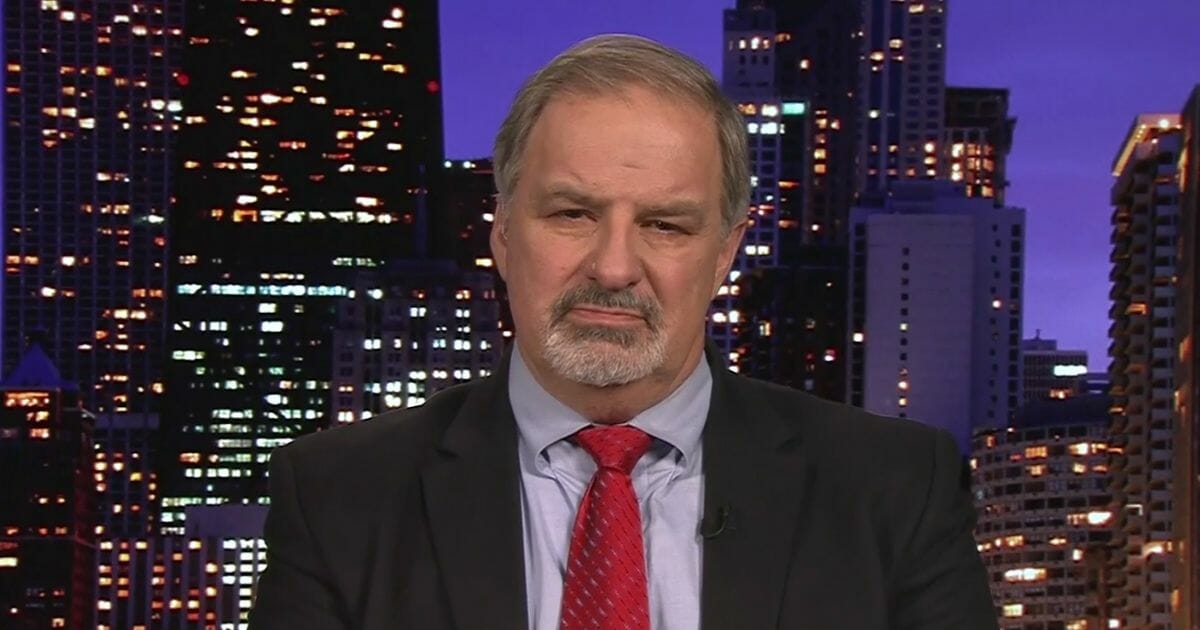 Mark Galli, the editor-in-chief of Christianity Today who called for President Donald Trump’s removal from office in a scathing Op-Ed last month, is retiring on Friday and good riddance.

In his opinion piece, Galli wrote, “The impeachment hearings have illuminated the president’s moral deficiencies for all to see.

“None of the president’s positives can balance the moral and political danger we face under a leader of such grossly immoral character,” he argued.

The establishment media gave the piece lots of airtime, noting that one of the most prominent evangelicals of the past century, the late Billy Graham, founded the publication. Galli himself invoked Graham’s name and legacy in the opening sentence of his Op-Ed.

However, many top Christian leaders, including no less than Graham’s son Franklin, said Galli speaks for himself, and the minority of evangelicals.

Franklin Graham tweeted late last month, “I hadn’t shared who my father @BillyGraham voted for in 2016, but because of @CTMagazine’s article, I felt it necessary to share now. My father knew @realDonaldTrump, believed in him & voted for him. He believed Donald J. Trump was the man for this hour in history for our nation.”

I hadn’t shared who my father @BillyGraham voted for in 2016, but because of @CTMagazine’s article, I felt it necessary to share now. My father knew @realDonaldTrump, believed in him & voted for him. He believed Donald J. Trump was the man for this hour in history for our nation.

In a lengthy Facebook post, Graham directly rebutted Galli’s editorial, writing, “Yes, my father Billy Graham founded Christianity Today; but no, he would not agree with their opinion piece. In fact, he would be very disappointed.”

“For Christianity Today to side with the Democrat Party in a totally partisan attack on the President of the United States is unfathomable,” he added.

“Less than 20% of evangelicals supported @HillaryClinton in 2016 but now @CTmagazine has removed any doubt that they are part of the same 17% or so of liberal evangelicals who have preached social gospel for decades! CT unmasked!” Falwell tweeted.

Christianity Today had announced Galli’s departure from the magazine in October, saying he will continue to write The Galli Report weekly newsletter.

Prior to joining CT 30 years ago, Galli was a pastor in the Presbyterian Church (U.S.A.), a liberal Presbyterian denomination.

Do you think Trump is God’s man for this time in U.S. history?

According to Breitbart, the PCUSA has endorsed the strategy of divestment as a protest against Israel. Divestment is one plank of the Boycott, Divestment and Sanctions movement aimed at the Middle Eastern country’s economic devastation.

BDS is supported by Democratic congresswomen Rashida Tlaib of Michigan, Ilhan Omar of Minnesota and Alexandria Ocasio-Cortez of New York.

“In recent years, PCUSA has grown increasingly publicly liberal, voting in 2014 against protecting babies born alive after botched abortions, and even against Kermit-Gosnell-style murders of babies who survive abortions,” Breitbart also reported.

The PCUSA voted in 2014 to redefine marriage from the Biblical standard of one man and one woman, first introduced in Genesis and affirmed by Jesus Christ himself in the New Testament, to the union of “two people.”

Quoting from the book of Genesis, Jesus said, “Have you not read that He who made them at the beginning ‘made them male and female,’ and said, ‘For this reason a man shall leave his father and mother and be joined to his wife, and the two shall become one flesh’?”

In a 2016 Op-Ed, Galli argued that Christian bakers and others whose Biblical and moral understanding leads them to oppose same-sex marriage should go the extra mile to support it.

“Jesus told his disciples — to put it into today’s terms — that when asked to bake a cake for a gay wedding, we might offer to bake two,” the editor-in-chief wrote.

“We at CT hope leaders will press on to find solutions that protect both religious freedom and the civil rights of LGBT people. With political goodwill, we believe this can happen,” Galli added.

Galli no longer is a PCUSA member, but joined the more conservative Anglican Church in North America and according to Chicago Herald-Tribune columnist Mary Schmich describes himself as “center-right” and a “huge pro-life guy,” which makes his condemnation of “immoral” Trump all the more puzzling.

“I think he has honored his commitments to the faith-based community,” Graham said. “He is pro-life, first president really in my lifetime that has been this vocal about life.”

“The record is pretty clear on the life issue. [Trump] has been, arguably, the most pro-life president since Roe v. Wade,” Perkins said.

It’s been observed that if you’re willing to take a moral stand on all the issues besides the most pressing one of your time, your courage is wanting.

But as Lincoln wrote in a letter during the Civil War, when the conflict ended, “there will be some black men who can remember that, with silent tongue, and clenched teeth, and steady eye, and well-poised bayonnet, they have helped mankind on to this great consummation; while, I fear, there will be some white ones, unable to forget that, with malignant heart, and deceitful speech, they strove to hinder it.”

Farewell, Mark Galli. Perhaps as you reflect during your retirement on your condemnation of Trump and the vast majority of evangelicals, like me, who support him, you will realize that you were among those who sought to hinder a great work God was doing in our day, and you will repent.