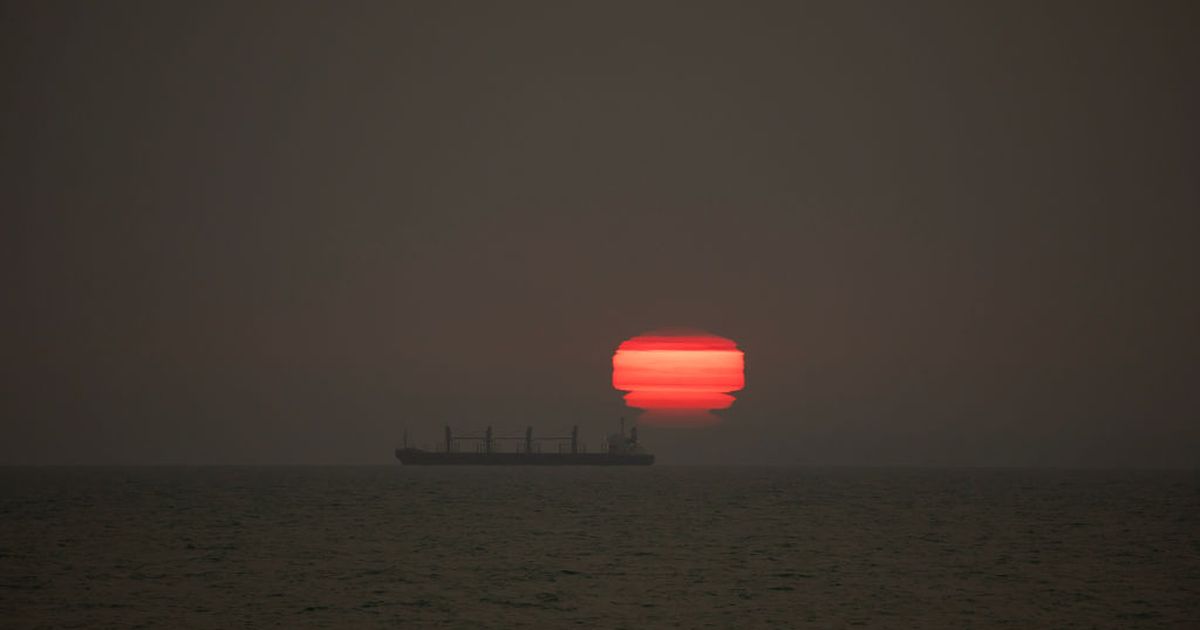 Australians have been choking on smoke for weeks as enormous bushfires rage across the country. Now, that thick blanket of haze has descended upon their neighbours, with New Zealanders waking on New Year’s Day to a very apocalyptic-looking 2020.

Smoke from Australia’s fires blew 1,200 miles southeast across the Tasman Sea, smothering New Zealand’s South Island and turning the sun an ominous red on Wednesday. People all across the island reported the strong smell of smoke, from Christchurch to Queenstown and beyond.

“It’s been happening for quite some time since the Aussie bushfires have been going,” meteorologist Aidan Pyselman told New Zealand news website Stuff on Dec. 31. “At the moment it’s definitely more noticeable, especially over the South Island.”

The haze also travelled up to the North Island, covering New Zealand’s capital Wellington with a gray veil. Fortunately it had thinned a bit by Thursday, and the skies are expected to clear up further as wind blows the smoke out over the Pacific Ocean.

However, New Zealanders won’t be able to breathe easy just yet. Smaller plumes of smoke will continue to harass the country until Sunday, and it’s likely that attacks on New Zealand’s air quality will remain a threat until Australia’s fires die down.

If you still weren’t sure how bad the Australia #Bushfires were, my brother took this photo today…. he lives in Christchurch, New Zealand.

The smoke is covering NEW ZEALAND now. This is horrific. pic.twitter.com/qRi2hIl1xX

This is the sky in Christchurch today. That red dot is the sun. The smoke from the Australian bushfires is literally blotting out the sky and reducing visibility in a country an ocean away. Can 2020 be the year where #ClimateChange is actually addressed? Please? pic.twitter.com/DDELxjuV1O

Australia’s bushfires have killed 18 people, including seven in New South Wales over the past week. At least 1,400 homes have been destroyed and 11 million acres burned, with almost half a billion animals are believed dead.

The unprecedented bushfires have been fuelled by hot, dry conditions across the country. Drought, strong winds, and record-breaking heat have baked Australia into perfect kindling — conditions many Australians blame on climate change.

“Just a 1C [1.8 degrees Fahrenheit] temperature rise has meant the extremes are far more extreme, and it is placing lives at risk, including firefighters,” former NSW Fire and Rescue chief Greg Mullins said in November. “Climate change has supercharged the bushfire problem.”