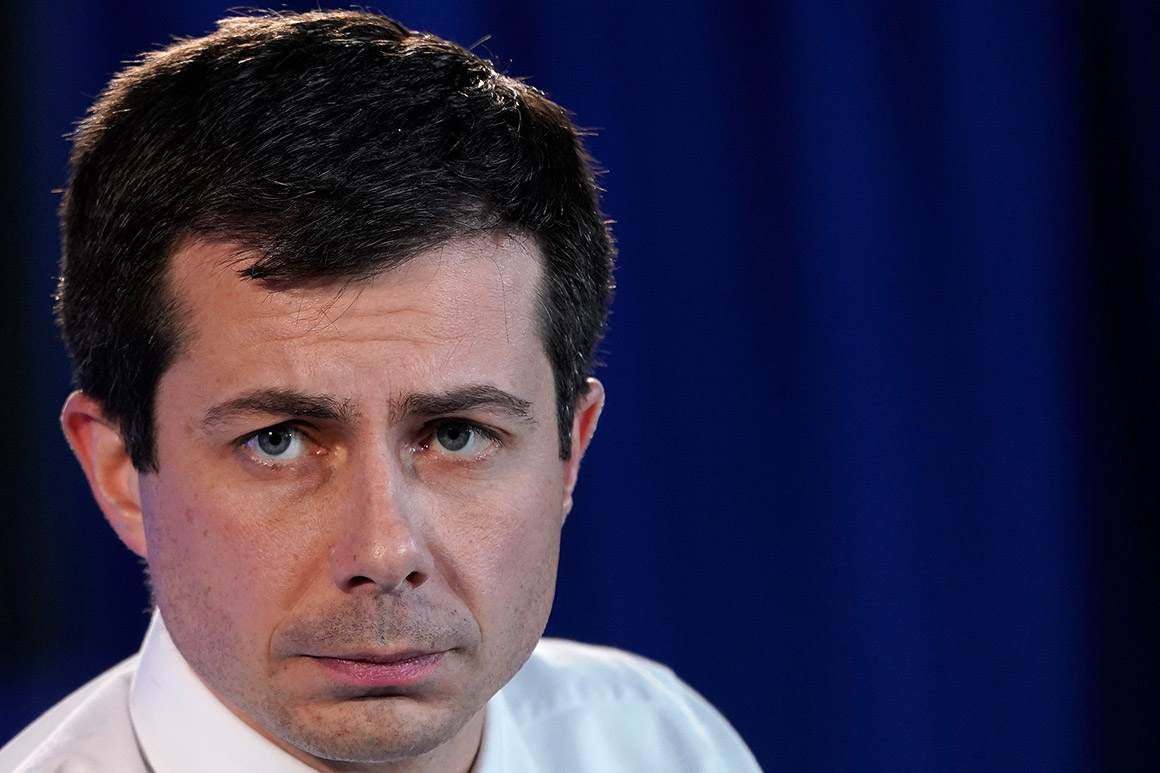 The Los Angeles Times’ Matt Pearce compiled a list of potential explanations on Twitter, including that the left may perceive him as a traitor to his generation, a stark opportunist, or the representative of a shadowy and discredited D.C. professional class. The Atlantic’s Derek Thompson also surveyed the theories, ultimately concluding that the continuity with the Obama era that Buttigieg promises might be too much for progressives to stomach. The answer, of course, is likely “all of the above.”

But those explanations are still too general to explain the fury inspired by a fourth-place presidential contender and Midwestern college-town mayor. And it’s not his ideology: The resentment he inspires runs much deeper than that earned by the Amy Klobuchars and Michael Bennets of the world—both of whom have more politically moderate tendencies than Buttigieg, who has, among other positions, argued for raising the minimum wage to $15, introducing a public health care option, expanding the size of the Supreme Court and abolishing the Electoral College. (Asked for comment for this article, a representative from the Buttigieg campaign told Politico that staffers are occasionally vexed by the cold reception to a platform that’s well to the left of any recent Democratic presidential nominee.)

The unspoken truth about the furor Buttigieg arouses is that his success threatens a core belief of young progressives: that their ideology owns the future, and that the rise of millennials into Democratic politics is going to bring an inevitable demographic triumph for the party’s far left wing.

The left believes the youth are on its side—and as shown by Bernie Sanders’ popularity among the under-30 set, as shown in a recent Quinnipiac poll, they’re apparently right. In a primary debate with the incumbent former Rep. Joe Crowley, Alexandria Ocasio-Cortez said, “I represent not just my campaign, but a movement.” Mobilized young Democratic Socialists of America members have raved to the New York Times about how the DSA is “what the Democratic Party should be.” Waleed Shahid, spokesman for the Ocasio-Cortez-aligned Justice Democrats, has dramatized the generational struggle by interpolating a famous Gramsci quote with his pinned tweet: “The old America is dying. A new America is struggling to be born. Now is a time of monsters.”

So it’s especially galling that the first millennial to take a serious run at the presidency is nothing like the left’s imagined savior. Buttigieg is a veteran, an outspoken Christian, a former McKinsey consultant, and, frankly, closer to Mitt Romney than Sanders or generational peer AOC in his aw shucks personal affect. In the eyes of radicalized young leftists, Buttigieg isn’t just an ideological foe, he’s worse than that: He’s a square.

Consider the reaction to a recent viral video showing Buttigieg supporters in Iowa performing a painfully earnest, undeniably corny dance routine to 2000s emo survivors Panic! at the Disco’s “High Hopes.” As the New York Times’ Astead Herndon pointed out, cutesy pump-up efforts are hardly native to Mayor Pete’s campaign; recall the merchandising and sloganeering fervor that ensued when a bird alighted on Bernie Sanders’ podium in 2016, or the uncanny-valley quality of various pro-MAGA YouTube anthems. The dance in question, however, was taken by Buttigieg’s critics as proof positive of his platform’s corporate soullessness. “Mayor Pete does the high hopes dance after every home demolition, elect him president so he can do it after every drone strike,” tweeted the official account of the niche-but-influential lefty magazine Current Affairs.

It might seem obvious that the type of young person who goes into electoral politics—and especially the type that gets elected mayor of a small Midwestern city—is not necessarily the type who pledges their deathless support for democratic socialism. With apologies to AOC, this person is inherently far more likely to be an institutionalist, more a do-gooding Leslie Knope than a radicalized version of Bart Simpson.

Buttigieg is a young professional with an elite pedigree who’s chosen to buy into the system as a reformer instead of attacking it as a revolutionary. To a certain class of left-wing thought leaders, he’s an unwelcome reminder of the squeaky-clean moderates with whom they once rubbed elbows. And quite possibly, his elite credentials may also be an unwelcome reminder of their own. The editor-in-chief of Current Affairs, for instance, isn’t just a random antagonist: He’s also a fellow Harvard alumnus.

The educated young people leading the left have worked closely with these overachievers throughout their careers—often at the same elite institutions they deride, rightfully or not, as venal consensus factories. Such activists are baffled by their counterparts’ optimism and adherence to tradition in the face of the Trump era’s grimness and vulgarity.

And, again, it seems many of their peers agree. Buttigieg does not enjoy considerable support among young people. In a recent New York Times/Siena poll of Iowa voters, he placed a distant third among 18-to-29-year-olds, behind Sanders and Warren. But he does appeal to a certain kind of young person, as now represented in the cultural imagination by the “High Hopes” dancers. And to the self-renouncing meritocrats who act as thought leaders to the young left, those people represent both a personal frustration and a political fear—that the institutions of tomorrow may yet be built by those with faith in yesterday’s ideals.

The path to Washington may be clearer for them than their radical counterparts, even as more millennials age into political life. The youngest Democratic member of Congress is, of course, the 30-year-old AOC, who seems all but inevitable to succeed Sanders as the standard-bearer for democratic socialism in America. But if you look at the next 10 youngest Democrats in Congress, they include mostly moderates: the venture capitalist Josh Harder, the military veteran and Blue Dog Max Rose, and Conor Lamb, whose district lies deep in Pennsylvania’s Trump country.

Nearly every district flipped by Democrats in 2018 leaned Republican. Part of that is by nature; Republicans held a majority in the previous term, and there are only so many seats to be held in the urban and suburban cores that compose much of Blue America. High-profile left-wing candidates in Republican-leaning districts, like Randy Bryce in Wisconsin and Kara Eastman in Nebraska, failed to upend expectations in 2018 as their boosters had hoped. The fresh millennial faces that enter government in the near future may share Buttigieg’s moderate impulses for these reasons, if nothing else.

And while bagging on Mayor Pete for those impulses might feel good to the left, it ultimately could be self-defeating. To the dismay of nonideological wonks and activists alike, most voters are firmly nonideological. For this reason, despite his skepticism toward programs like “Medicare for All” and universal free college, Buttigieg is not in direct competition with Sanders. He’s competing for voters with Warren, whose wine-track liberal supporters are more vulnerable to his technocratic affect.

If influencers on the left successfully discredit and weaken Buttigieg, the most likely outcome is then to bolster Warren, Sanders’ nearest competitor. Biden, meanwhile, continues to sit comfortably atop the polls, even as most of his voters say their second choice would be … Bernie Sanders. A Biden nomination is a suboptimal outcome if your goal is to usher in democratic socialism, but to tweak a conservative idiom, hey—at least you had fun owning the neolibs.

CORRECTION: An earlier version of this article misidentified the New York Times reporter Astead Herndon by the name of his Twitter handle: Astead Wesley.