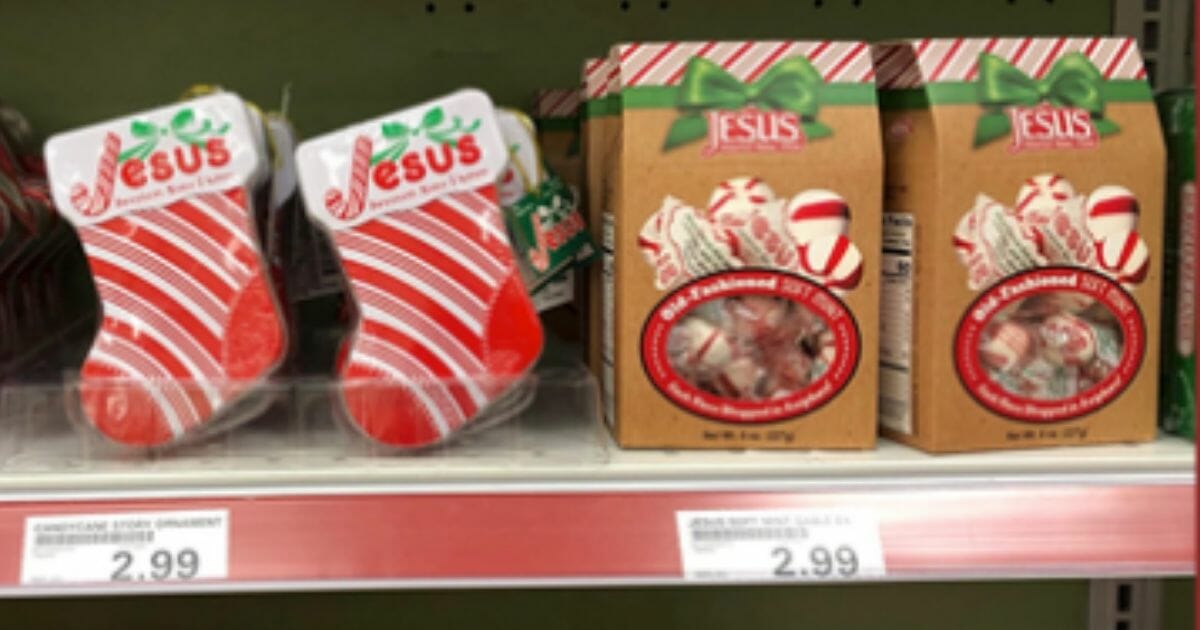 A watchdog group is claiming the sale of Jesus-themed candies on an Air Force base in Colorado is an inappropriate violation of armed service members’ First Amendment rights.

Military Religious Freedom Foundation founder and president Mikey Weinstein is angrily calling out Peterson Air Force Base in Colorado Springs for allowing the product to be sold at its base exchange.

“Peterson Air Force Base, located deep in the intolerant, fundamentalist Christian enclave of Colorado Springs, Colorado, has consistently been one of the most horrendous military installation abusers of the Constitutional mandate to NOT establish Christianity (or any other faith or even ’non-faith’) as the de facto armed forces State Religion,” he added.

MRFF Covered by Crooks and Liars: “Jesus Candy” Could Well Be the Straw that Broke the Camel’s Back #MRFF #ReligiousFreedom https://t.co/r9UYw8VIi1

“MRFF has fought many battles throughout our long years of civil rights activism at PAFB against this wretched, fundamentalist Christian, religious extremist bigotry and prejudice,” Weinstein said.

The tip about the sale of the Jesus-themed candy came via an email to the MRFF, which included a picture of the allegedly offending treats.

Do you think selling Jesus-themed candy violates the First Amendment?

“This is just the latest publicity stunt by a bunch of activists. A real constitutional expert — or any first-year law student — knows that selling candy canes at Christmas is perfectly legal,” Berry said.

“Of course, the MRFF has its own version of the Constitution,” the Marine Corps combat veteran added. “Sadly, the MRFF has duped its so-called ‘thousands’ of alleged clients into believing its dubious legal fairy tales.”

Earlier this month, Weinstein protested the presence of an inflatable Santa Claus dressed in fatigues holding a sign that read “God Bless America” at the post exchange on Fort Belvoir in northern Virginia.

The Military Religious Freedom Foundation (MRFF) has found yet another way to deflate the holiday cheer…in truly one of the most ridiculous ways you can imagine. https://t.co/wgwPtVdWwN

RELATED: Patriots Player Shuts Down Buttigieg’s Christmas Message About Jesus Being a ‘Refugee’

“Almost all the complainants — like the lead one that came to us on this — have been through mandatory situations where they’ve been forced to engage in blessing for Jesus Christ,” he added. “It’s always one faith, always it’s Christianity.”

Berry told Fox News the inflatable Santa does not speak for the government and even if it did, “service members are permitted to say ‘God Bless America,’ just as the Commander-in-Chief does on a routine basis.”

This past summer, Weinstein filed a legal complaint with the Department of Defense over the Army allowing private companies to print Bible verses on military-style dog tags.

Weinstein, a 1977 Air Force Academy graduate, made headlines in 2005, when he sued his alma mater for allegedly failing to stop cadets from being proselytized by Christians on campus. The case was dismissed by a federal district court judge, who wrote that no plaintiffs in the suit offered proof of their own constitutional rights being impinged.

Weinstein has brought multiple actions against the different branches of the military over religious issues since that time.

In 2016, he filed a complaint with the United States Military Academy at West Point after a video was posted showing an Army football coach leading his team in prayer.