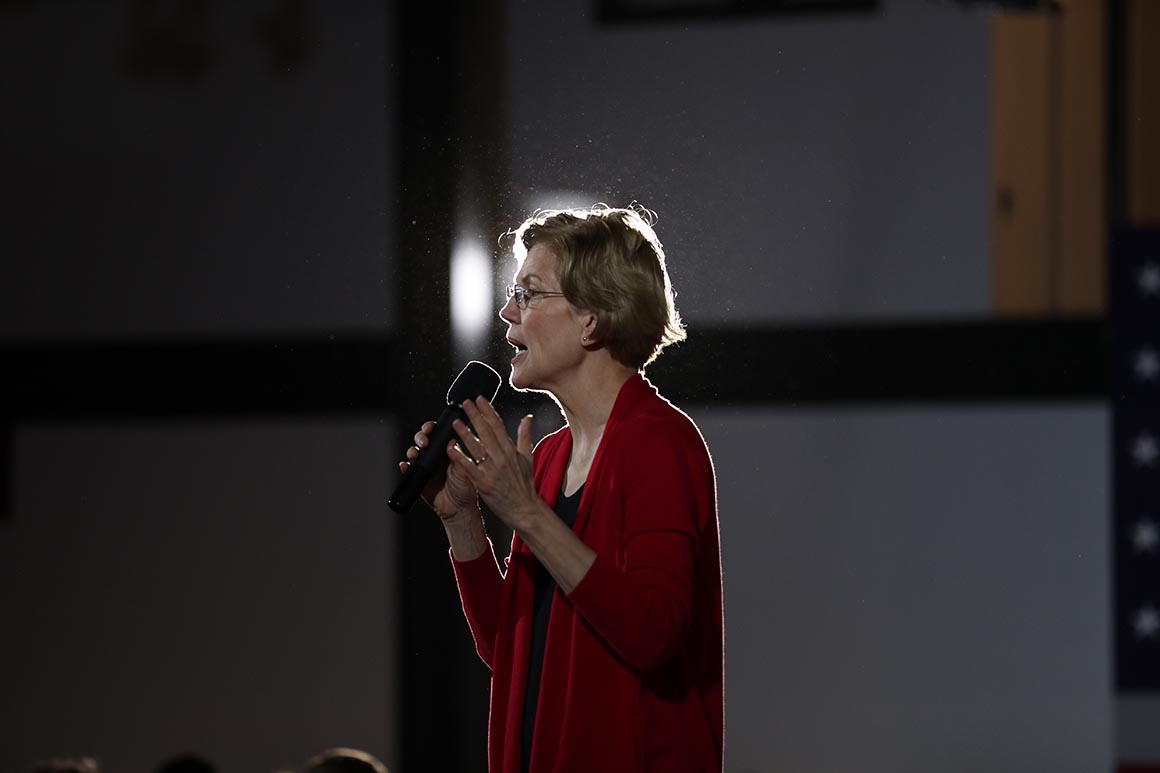 In her most recent speech in New Hampshire, she also characterized other Democratic candidates as “naive” and criticized Biden and Buttigieg without explicitly naming them.

“Unlike some candidates for the Democratic nomination, I’m not betting my agenda on the naive hope that if Democrats adopt Republican critiques of progressive policies or make vague calls for unity that somehow the wealthy and well-connected will stand down,” Warren said.

But the new offensive could also backfire — as it did for Dean in 2004, when he attacked Gephardt over the Iraq War and Gephardt responded by hitting him from the left on trade and Social Security. The crossfire ultimately wounded them both, allowing John Kerry and John Edwards to finish ahead of them in Iowa.

“I think the Warren-Pete fight in Iowa is probably going to hurt them in the way that Dean-Gephardt ‘murder-suicide pact’ did,” Joe Trippi, a top strategist on Dean’s campaign, said ruefully.

At the same time, the Warren campaign has been trying to lower expectations in the final days of the fourth quarter as its grassroots fundraising slows. In several emails to supporters over the past week, the campaign has set a goal of raising $20 million, less than the $24.6 million she raised last quarter. Many staffers have tried to gin up extra donations with promises to sing songs, make memes, and write poems for donors that give a bit more.

Yet as it moves into its second year, Warren’s campaign is beginning to cast its gaze beyond the first four contests in preparation for a potentially long primary slog — building out field staff ahead of most of her rivals in post-Super Tuesday states such as Washington, Ohio, Illinois, and even Pennsylvania, which doesn’t hold its contest until April 28.

“She’s run the most disciplined campaign by far but they are finding out it’s not as easy as it looks,” said Trippi, who also worked with Joe Rospars, Warren’s chief strategist, during the Dean campaign. “Putting staff in Pennsylvania, if you get 4th in Iowa, is not going to matter.”