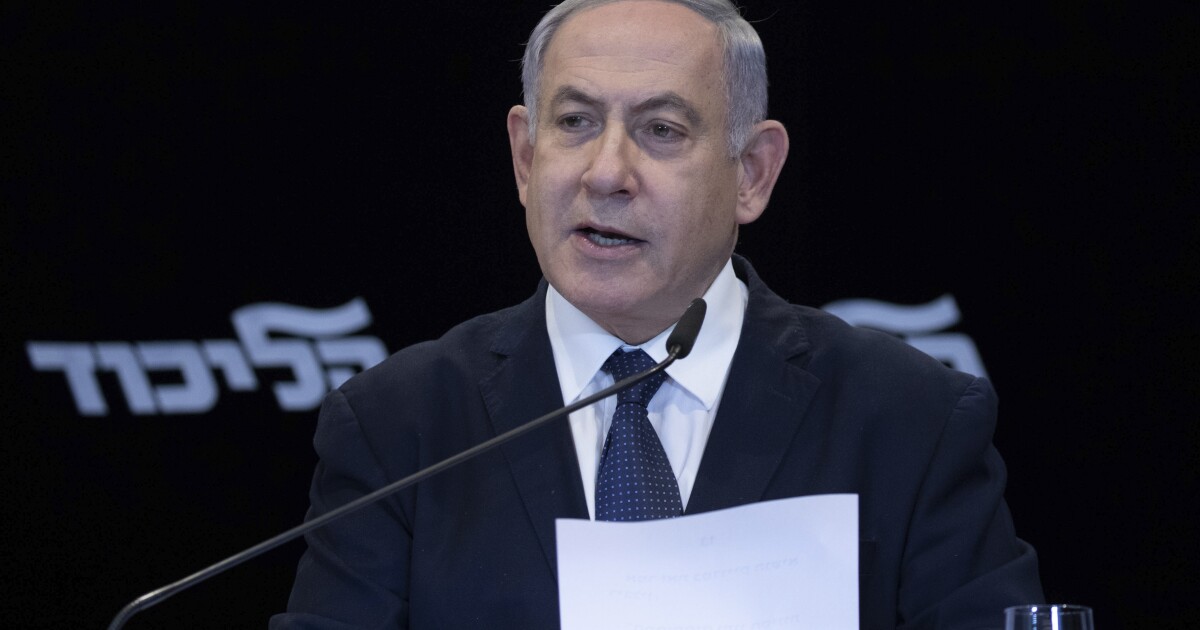 Benjamin Netanyahu, Israel’s longest-serving prime minister, who is trying to hold on to power with elections looming in two months, formally requested immunity from prosecution on Wednesday in three criminal cases in which he was indicted in November.

The extraordinary request was presented to Knesset Speaker Yuli Edelstein, a member of Netanyahu’s right-leaning Likud party, who is to transmit the request to parliamentary committee.

It is a bold and risky gambit: If the Knesset grants him immunity, he could be free from prosecution for as long as he serves in Parliament. However, critics said the move suggested that Netanyahu sees himself as being above the law.

In this deeply divided nation, the request immediately drew some negative comparisons to President Trump, who has denounced his impeachment as a politically motivated attempt to drive him from power. Like Trump, Netanyahu has frequently referred to himself as a victim of bad press.

Critics also accused him of hypocrisy and backtracking, noting that Netanyahu had promised not to seek immunity before the parliamentary elections of April 2019. Elections that month and in September 2019 yielded inconclusive outcomes, so Israelis will soon go to polls for the third time in less than a year — a stunning indicator of the uncertainty and gridlock facing this nation.

In an address to the public on Wednesday, Netanyahu insisted that his request did not mean he saw himself as being above the law. While “people believe immunity is forever,” he said, in fact, it is in effect “just during your term. You can still be prosecuted after the term.”

He said he would still “fully intend to go to court and quash the allegations against me. But immunity exists to defend representatives chosen by the people from false allegations and persecution.”

In November, Netanyahu was charged with bribery, fraud and breach of justice in three separate cases in which he is accused of exchanging political favors for luxurious gifts and various attempts to manipulate Israel’s media market to his advantage.

Netanyahu, who was prime minister from 1996 to 1999 and again since 2009, has already held the office longer than anyone else since Israel’s founding in 1948. He also was the first to be indicted while in office.

According to Israeli law, an entity known as the Knesset House Committee must debate his request and, if it is approved, send it for a vote before the whole legislature.

Israel, however, has been led by a caretaker government since December 2018.

Knesset committees have not been convened since the April general election, and were not expected to be appointed before the next government is formed.

The indictments against Netanyahu can be officially submitted to a court only after the committee rules.

Addressing the Israeli public immediately after Netanyahu, former army chief Benny Gantz, the leader of Israel’s opposition, said, “it was a difficult day for Israel, and a sad day for me, personally.”

Gantz, who leads Blue and White, the largest party in the Knesset, vowed to request dispensation from the Knesset speaker so as to immediately convene the House Committee and reject Netanyahu’s request.

“I served my country for 32 years in uniform,” Gantz said, “and never in my life did I imagine I’d see a prime minister refuse to stand equal before the law.”

“Netanyahu knows he is guilty,” he said, telling Israelis the choice they face is between “the kingdom of Netanyahu or the state of Israel.”

Gantz’s parliamentary motion received immediate support from the Yisrael Beiteinu, the right-wing nationalist party that — by withdrawing its support for Netanyahu in December 2018 — precipitated the past roller-coaster year of electoral indecision.

The Knesset may grant Netanyahu immunity from prosecution in any or all of the cases, but in its current conformation Netanyahu does not have a majority of votes to approve his request for immunity.

Netanyahu appears to be banking on the hope that Edelstein will reject Gantz‘s motion outright, granting him until March to win a Knesset majority that could approve immunity from prosecution.

The request, however, risks diminishing his party’s chances.

In a survey taken by the Israel Democracy Institute in November, after the announcements were made public, 59% of Israelis said they believed he should step aside. More than a third said Netanyahu should have resigned when indicted and only 15% supported the notion of immunity.

Netanyahu attempted to soften the ground for his unpopular request in a declaration Sunday, saying that rather than being an evasion of justice, “immunity is a cornerstone of democracy.”