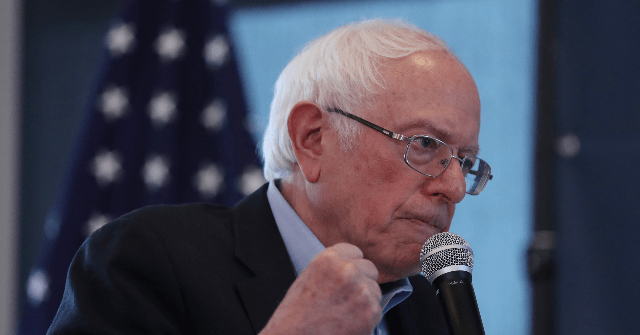 Sen. Bernie Sanders (I-VT) made a distinction between his plan to introduce Medicare for All in the United States and Sen. Elizabeth Warren’s plan, contending that his implementation would occur much faster.

While both Sanders and Warren have outlined their intention to move America to a single-payer system, Sanders suggested that his implementation would occur at a faster pace.

“I’m not into attacking my colleagues,” Sanders told NBC, according to the Hill. “We’re about differentiating differences of issues.”

“And I think maybe one of the major differences is what I have said over and over again and I just repeated it right now, in my first week in office we will introduce a Medicare for All, single-payer program,” he continued.

“Senator Warren’s position is a little bit different,” he added. “Check it out. Her transition period is quite different than ours.”

Warren, who unlike Sanders, claims her Medicare for All plan would not result in a middle class tax hike, released her plan to transition to Medicare for All in a Medium post in November. Her plan involves two major legislative pushes, although she notes that both would occur within her first term.

The first push would involve a “fast-track budget reconciliation legislation to create a true Medicare for All option that’s free for tens of millions.” She contends that the slower approach will allow Americans to experience “the full benefits of a true Medicare for All option, and they can see for themselves how that experience stacks up against high-priced care that requires them to fight tooth-and-nail against their insurance company”:

Per the terms of the Medicare for All Act, supplemental private insurance that doesn’t duplicate the benefits of Medicare for All would still be available. But by avoiding duplicative insurance and integrating every American into the new program, the American people would save trillions of dollars on health costs.

By “no later” than her third year, she would push legislation to “complete the transition to full Medicare for All.”

Sanders and Warren have been the boldest in outlining their intentions to move the U.S. to a single-payer system, which could cost over $60 trillion over the next decade.

A Locust Street Group poll, commissioned by the Partnership for America’s Health Care Future and released in August, found that 64 percent of American voters are unwilling to pay more in taxes in exchange for Medicare for All.