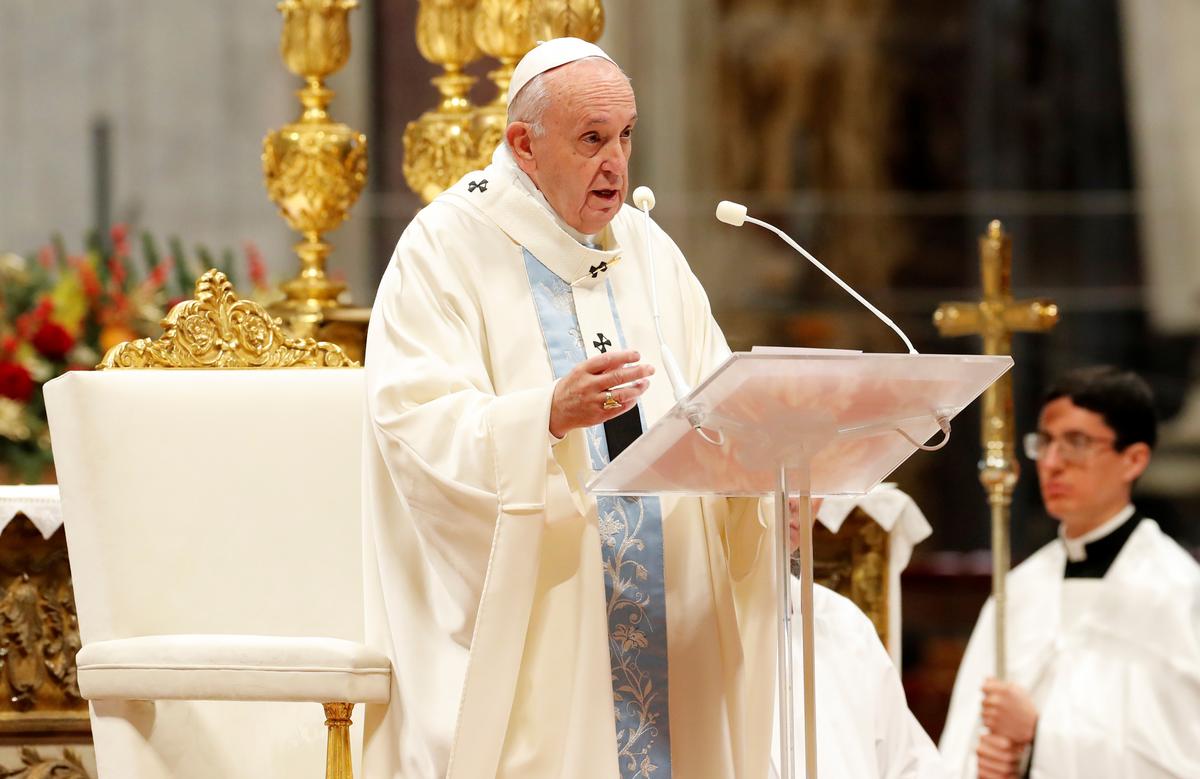 VATICAN CITY (Reuters) – Pope Francis, in his first message of the new year, denounced on Wednesday the use and abuse of women in modern society, and called for an end to the exploitation of the female body.

Speaking in a packed St. Peter’s Basilica, the pope also defended women’s rights to migrate in search of a better future for their children and condemned those who only thought about economic growth rather than the well-being of others.

“All violence inflicted on women is a desecration of God,” the pope said in his homily.

“How often is a woman’s body sacrificed on the profane altar of advertising, profit, pornography, exploited as a surface to be used,” he said, adding that the female body “must be freed from consumerism, it must be respected and honoured.”

The pope has regularly sought to defend women’s rights during his pontificate and in April told the Roman Catholic Church it had to acknowledge a history of male domination and sexual abuse of women.

“We can understand our level of humanity by the way we treat a woman’s body,” he said on Wednesday.

He also used his homily to address another theme close to his heart, immigration, saying women who moved abroad to provide for their children should be honoured and not scorned.

“Today even motherhood is humiliated, because the only growth that interests us is economic growth,” he said.

“There are mothers, who risk perilous journeys to desperately try to give the fruit of the womb a better future and are judged to be redundant by people whose bellies are full of things, but whose hearts are empty of love.”