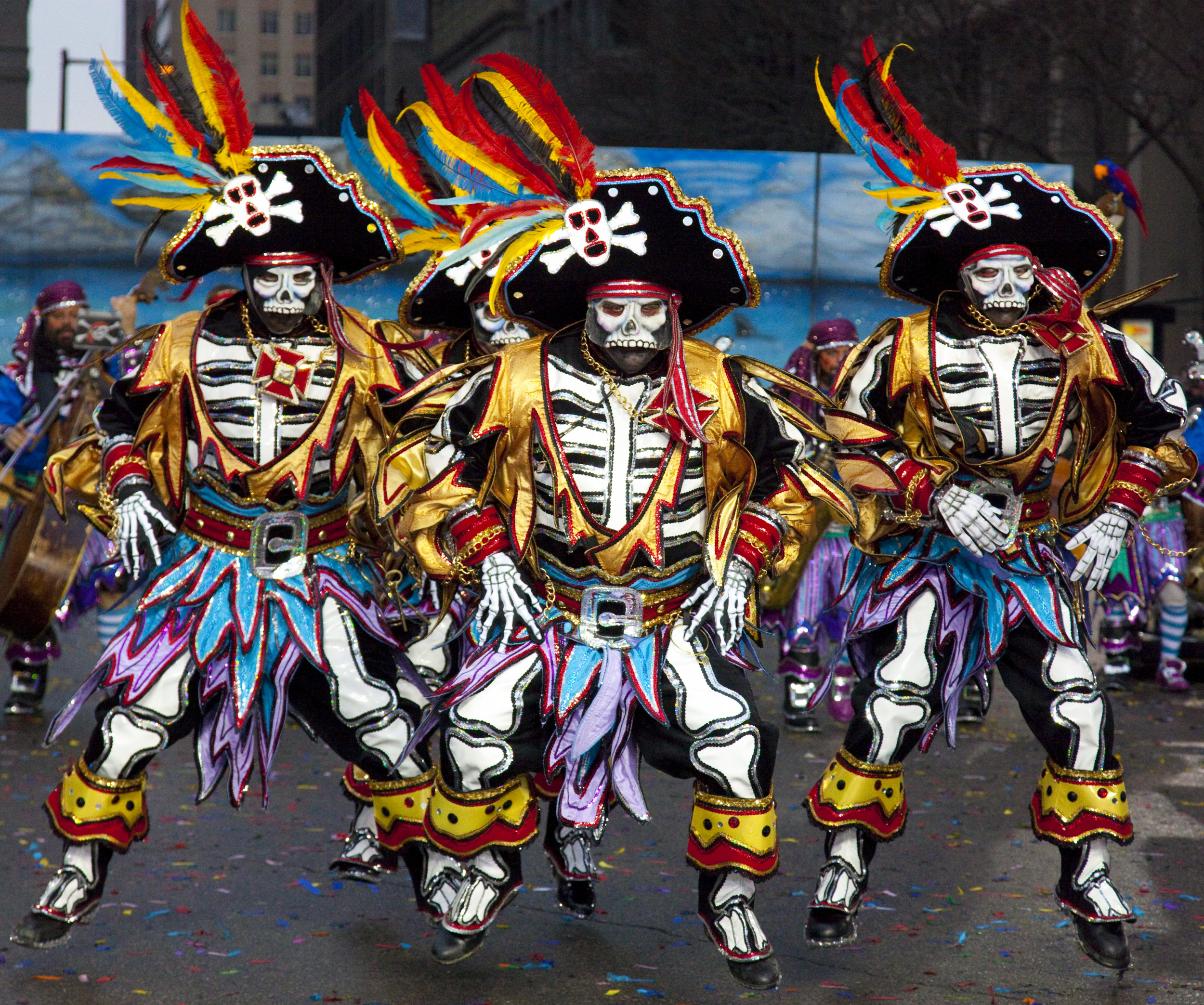 While some will likely spend Wednesday recovering from their New Year’s Eve celebrations, many in Philadelphia will watch the Mummers Parade, a tradition unique to the City of Brotherly Love.

As mummery in the United States is largely unknown outside of the Philadelphia area, the first question some people might ask is “What is a mummer?” Honoring a tradition whose roots trace back to America in the 1600s, mummers dress up in fanciful costumes and celebrate the New Year with an annual parade on January 1.

More than 10,000 men, women and children participate in the nearly 120-year-old celebration, according to the city’s Independence Visitor Center. The parade begins at 9 a.m. EST at City Hall and continues south on Broad Street until it hits Washington Avenue. It’s expected to conclude at 5 p.m.

Thousands of people line the streets to watch the procession, and those who can’t be there in person can stream the parade live from the comfort of their home. People in the Philadelphia area can watch the parade on TV by tuning in to WPHL. The outlet also has a live stream set up on its website.

There are five divisions of mummers in the parade. Comics try to make people laugh with slapstick or sarcastic comedy, while those in the Wench Brigade Division don the traditional attire of a dress, hat or scarf, bloomers and a parasol.

Fancies are judged on their ornate costuming, and Fancy Brigades put on Broadway-like performances. String Bands also put on a show with saxophones, banjos and percussion dominating the band, according to the Mummers Museum.

The first formal Mummers Parade was in 1901. The event is the oldest continuous folk parade in the United States, according to the Mummers Museum. Before the parade became official, in the 17th and 18th centuries, mummers used to fire guns into the air as part of the celebration, but firearms are no longer allowed in the parade because they could be dangerous.

Although the mummers engage in fierce competition on New Year’s Day, George Balzer IV of the Woodland String Band told WPVI that they’re “family” the rest of the year. Ahead of the 2020 parade, clubs threw their support behind the South Philly String Band, which lost two members in a car crash on January 2. Dennis Palandro, Joe Ferry and his fiancée, Kelly Wiseley, were killed after a driver veered into opposing traffic, hitting their car.

“Whether you’re in the Comics, the string band or the Fancies, we’re all mummers and we’re all in together and we’re all brothers and sisters, and that’s what this parade has always been about—traditions,” Golden Crown’s Bill Burke Jr. told WPVI.