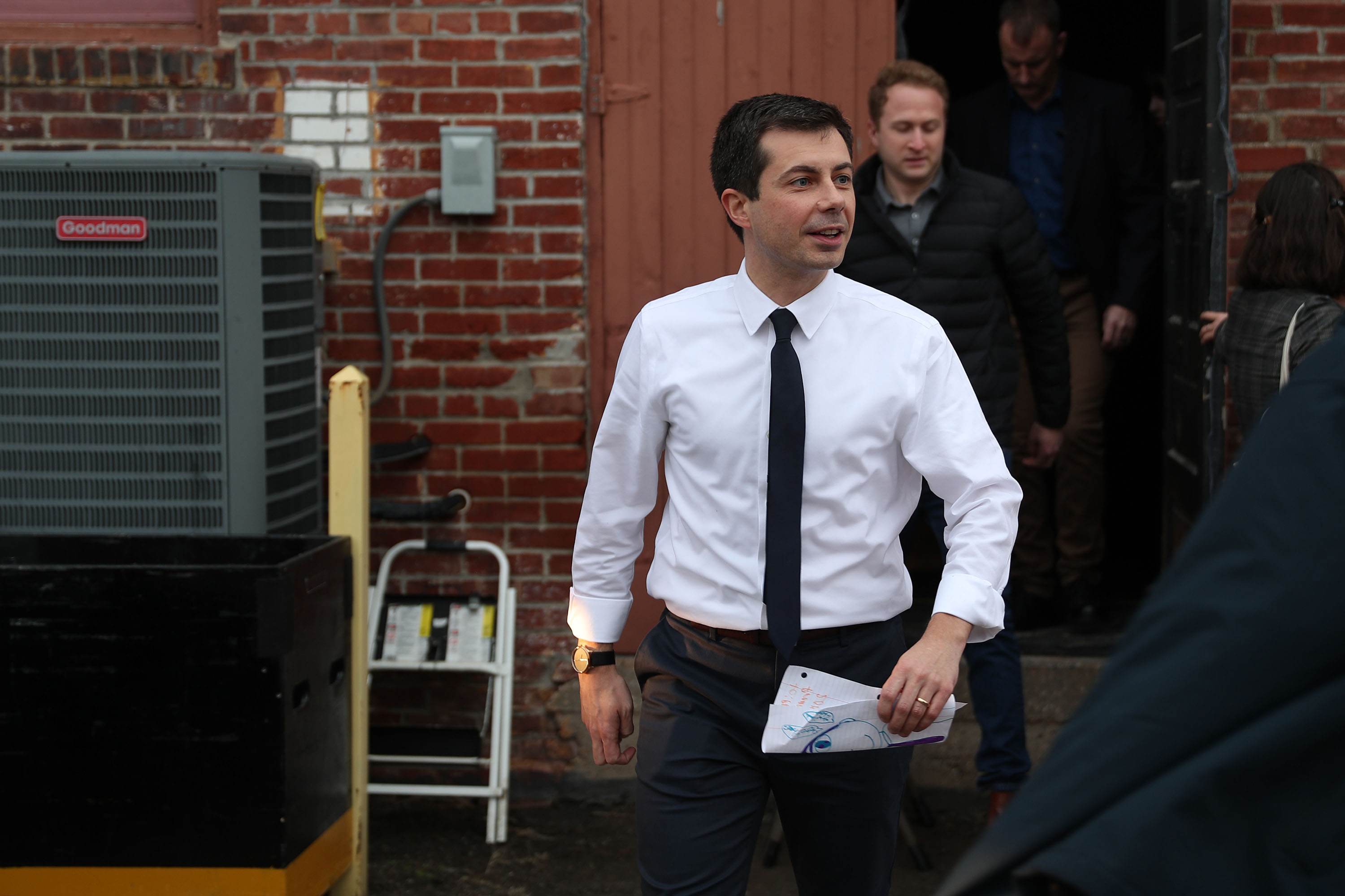 Buttigieg is the first of the leading Democratic presidential candidate to release his fundraising totals for the final three months of the year.

But Buttigieg’s quarter comes amid heavy criticism from his Democratic rivals for how he raises money. Warren, who has shunned high-dollar events altogether, attacked Buttigieg during the December debate for a recent fundraiser at a wine cave, while Sanders spotlighted how many billionaires gave to Buttigieg’s campaign. In a speech in early December, Warren took thinly veiled shots at Buttigieg and Biden, who both raise money from high-dollar donors, “when a candidate brags about how beholden he feels to a group of wealthy investors, our democracy is in serious trouble,” Warren said.

Last month, Warren successfully pressured Buttigieg into opening his private fundraisers to the press, as well as disclosing his list of top donors. Biden, for his part, has opened his high-dollar events to the press from his campaign launch in April.

The Buttigieg campaign touted its small-dollar numbers in a memo announcing his fourth quarter haul. In 2019, 98 percent of the donations were less than $200, the campaign said, and in the fourth quarter, the average contribution was $33.

“This quarter, Pete solidified himself as a top tier presidential candidate, not by tapping into the fundraising list or bank account of a sitting Senator or someone who had run for president before, but by speaking to voters who for too long have been let down by politicians in Washington and are looking for a better path forward,” Buttigieg campaign manager Mike Schmuhl wrote in the fundraising memo.

His fourth quarter total improved over his third quarter total, which came in at $19 million. So far, though, it’s unclear how Buttigieg’s numbers may compare to other top 2020 contenders, as they haven’t released their totals.

Buttigieg has already deployed his resources with TV ad campaigns in all four of the early states. That ad campaign has helped boost his poll numbers in those early states, as well as expanding his operational footprint, adding 65 field offices throughout the country.