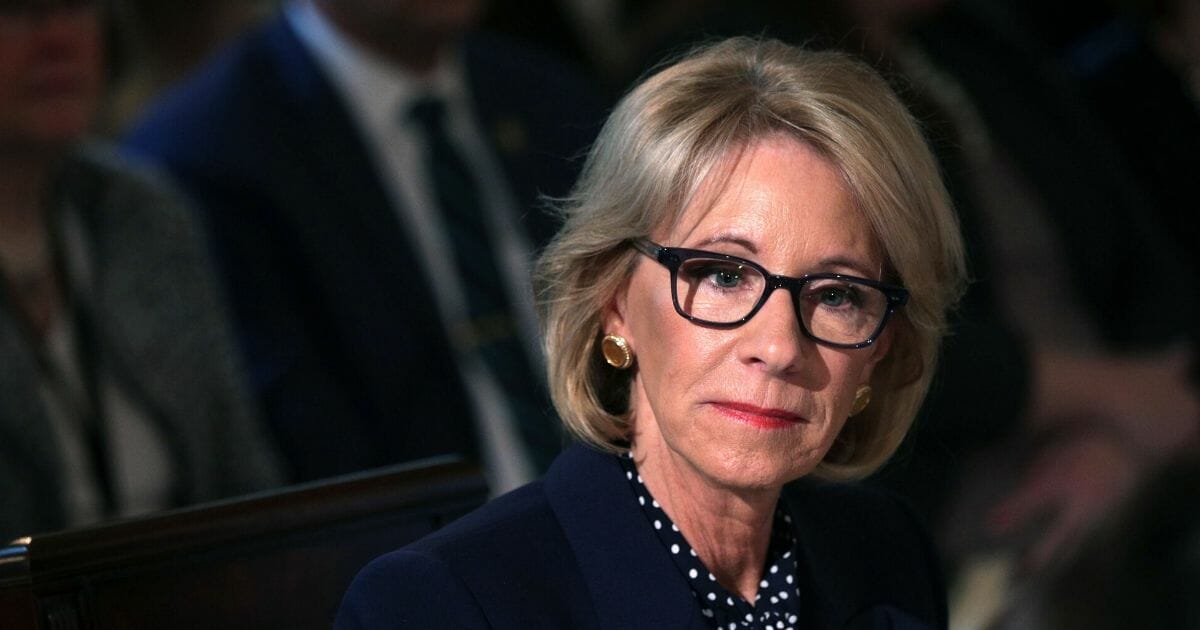 It’s no secret that colleges and universities in America are overwhelmingly leftist.

Allegations of Soviet-like behavior are what landed one Mississippi college in the middle of a free speech lawsuit recently, and now Secretary of Education Betsy DeVos and the Department of Justice are jumping into the fray against the institution of higher learning.

Jones County Junior College is the subject of a lawsuit over allegations that it enforces draconian rules about assembly and speech, and even the claim that the college even called the authorities on student Michael Brown simply for talking about freedom of speech without the school’s permission.

The Foundation for Individual Rights in Education, a civil rights group that is suing the school on behalf of Brown, and the Jones chapter of Young Americans for Liberty made it clear that this is an issue central to our First Amendment rights.

For the community college, it’s a public relations nightmare.

The college, which prides itself on operating “consistent with the ideals of a democratic society,” is now facing a massive amount of damage to its reputation. For small regional schools, this can often take many years to recover from.

Now, it looks like the organization is about to have an even worse time.

Both the DOJ and DeVos have confirmed that the case is so important that it’s firmly in their sights.

The very first paragraphs of the DOJ’s statement of interest compares the school’s deeds to that of the totalitarian state of Oceania from “Nineteen Eighty-Four,” and details how Brown was effectively silenced over fears he would be booted from campus or arrested.

Are you glad that the DOJ is alerting the nation to this school’s actions?

“College campuses should not be mini police states,” the DOJ’s argument, published Dec. 9, reads. “And the First Amendment, which provides that ‘Congress shall make no law … abridging the freedom of speech,’ U.S. Const. amend. I, ensures that public colleges cannot be police states.”

“Repressive speech codes are the indecent hallmark of despotic, totalitarian regimes,” Dreiband said in a news release. “They have absolutely no place in our country, and the First Amendment outlaws all tyrannical policies, practices, and acts that abridge the freedom of speech.”

Betsy DeVos herself weighed in, making it clear that colleges have no right to operate like this in America.

This doesn’t help the image of higher education in America, which has been tarnished largely by left-leaning colleges more than happy to force their dystopian way of thinking upon their students.

Hopefully, with DeVos and the DOJ putting this Mississippi school on notice, colleges will think twice before they try to crush students’ constitutional rights.