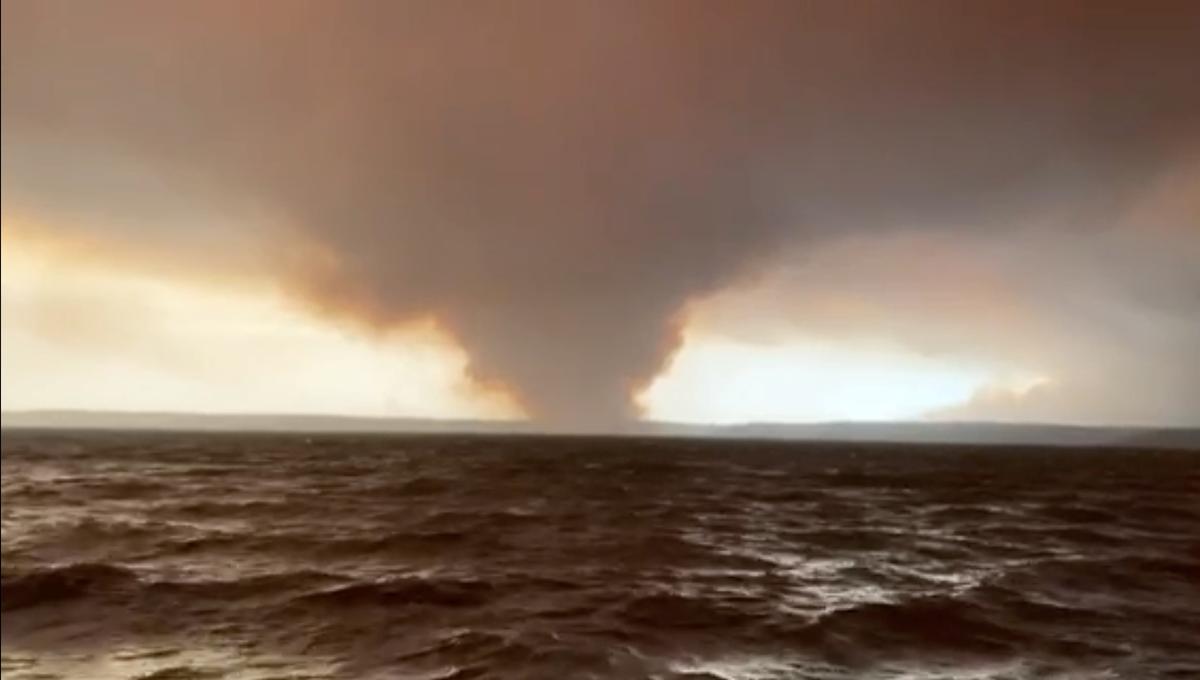 SYDNEY (Reuters) – Australian authorities on Wednesday confirmed a third death in devastating bushfires that engulfed the country’s southeast coastal region this week and said a fourth person was missing and feared dead.

Smoke from the Currowan Fire is pictured from St George’s Basin south of Nowra and looking towards Sussex Inlet and Lake Conjola, Australia, December 31, 2019 in this screen grab obtained from a social media video. John Wardle via REUTERS

Fanned by soaring temperatures, columns of fire and smoke blackened entire towns on Monday and Tuesday, forcing thousands of residents and holidaymakers to seek shelter on beaches. Many stood in shallow water to escape the flames.

In total, there have been 12 fire-related deaths across Australia since blazes broke out in spring, including three volunteer firefighters, after a three-year drought in large parts of the nation created tinder-dry conditions.

Huge bushfires have destroyed more than 4 million hectares (10 million acres), with new blazes sparked almost daily by extremely hot and windy conditions and, most recently, dry lightning strikes created by the fires themselves.

Cooler conditions on Wednesday gave the country a moment to count the cost of the fierce fires, although there were still more than 100 blazes in New South Wales (NSW) state alone and thousands of firefighters on the ground, authorities said.

The body of a man was found on Wednesday on the south coast of New South Wales after emergency workers began reaching the most damaged areas, according to the state’s Rural Fire Service (RFS).

The death toll is likely to rise, NSW RFS Commissioner Shane Fitzsimmons said. “We still have grave concerns for (another person),” Fitzsimmons told reporters in Sydney.

There is “limited access to the remote area to try to identify and confirm one way or the other the status of that person.”

With thousands of people still stranded, Australia’s military has been drafted in.

Black Hawk helicopters, fixed-wing aircraft and naval vessels have all been deployed, along with military personnel.

NSW Premier Gladys Berejiklian said authorities were working to restore communications with areas cut off by the fires, and she warned conditions will again deteriorate over the weekend.

“Weather conditions on Saturday will be as bad as they were” on Tuesday, Berejiklian told reporters in Sydney.

Smoke from Australia’s bushfires has drifted to New Zealand where it has turned the daytime sky orange across the South Island.

Reporting by Colin Packham in Sydney; Editing by Cynthia Osterman