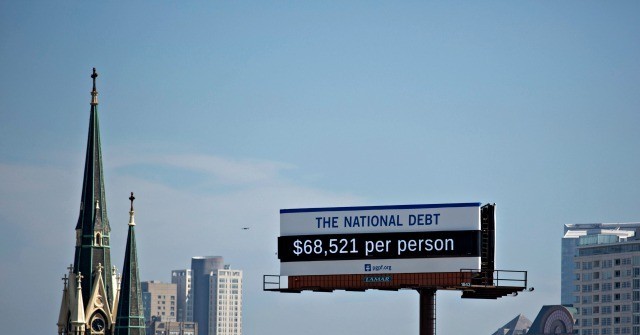 As Americans usher in 2020, millions say they are making a New Year’s resolution to improve their financial status.

The personal finance website WalletHub conducted a nationwide survey of almost 500 people between Dec. 2 and Dec. 6 to ask about the kind of New Year’s resolution they are making.

The survey reveals that almost 99 million Americans are vowing to improve their finances, with the No. 1 resolution for men to save money and for women to pay off debt.

Those are good goals, according to WalletHub.

The top New Year’s financial resolutions that people should make for 2020 are to pay off existing credit card debt and to save as much as possible. I’m predicting that 2020 will be a very strong year for the economy. But we shouldn’t forget that it’s only a matter of time until the next recession, and now is the time to strengthen our financial foundation.

But the survey also reveals that less than 50 percent said they would stick to their resolution for the entire year. Papadimitriou said:

Two of the biggest reasons that people don’t stick to their New Year’s resolutions are low expectations and the lack of a clear plan. Nearly half of 2020 resolution-makers expect to keep their resolution for just six months or less, WalletHub’s survey found, with 15 percent of people admitting that laziness is most likely to be their resolution’s downfall.

Plus, far too many of us confuse resolutions with hopes and wishes. A resolution should be considered a vow to achieve a goal, and that means you need to make a realistic plan for getting there.

And, believe it or not, the survey shows that politics even play a role in New Year’s resolutions — conservatives are 2.5 times more likely than leftists to say it is not right to change your resolution over the course of the next 12 months.

But they are not in the majority, even if changing one’s resolutions may not help you achieve your goals. A shift in circumstances also could play a role.

Eight in 10 people believe that it is OK to adjust their New Year’s resolutions throughout the year. It’s not a good idea to adjust your resolution just to make yourself feel better, especially if lowering the bar starts to take the teeth out of your resolution, making it ineffectual.

On the other hand, if you need to recalibrate because your circumstances have changed, it makes a lot of sense,” Papadimitriou said. “It could actually be a good idea to go month-to-month with your resolutions. Breaking up your goals into smaller bites might make things more manageable and produce better results overall.

Here are some of the other survey results: