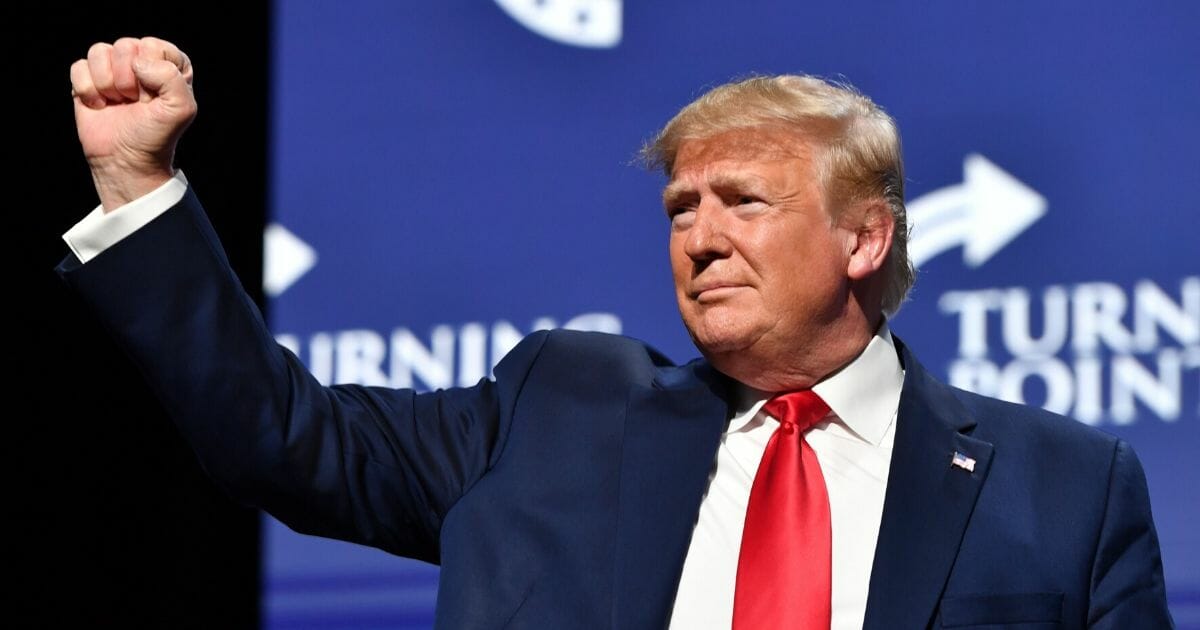 By that he meant that the string of Nazi victories that had marked the first two years of the war were now coming to an end. The British, Americans and their allies were about to mount some serious offensives.

Our war against totalitarian leftists in America may now be at a similar point.

It goes without saying that we have not won that war, but we are perhaps witnessing the end of the left’s long string of unbroken victories. The evidence that we are at a turning point keeps mounting.

For one, we won the Kavanaugh fight. For another, we put an end to the so-called “Mueller investigation.” And for a third, we fought back against the House’s impeachment coup and it is now backfiring on the left, big time.

Granted, these are only defensive wins where we have blunted attacks, but when you score an unbroken series of victories like this, it is evidence that something is afoot.

A sea change is about to take place.

What type of sea change? How about being on the verge of a historic electoral college landslide re-electing President Trump. How about gaining seats in the House and possibly retaking that chamber. How about increasing our majority in the Senate.

Do you think conservatives can expect more political victories in 2020?

And sometime before all that takes place we will likely see the first prosecutions launched against the illegal left. One or more grand juries will soon, in all likelihood, indict several deep state actors for their roles in the FISA Court hoax.

And we are on the verge of other counterattacks and victories as well.

For example, our side is well on its way toward a total remaking of the federal bench. This is critically important because almost every social and political fight nowadays winds up in federal court.

President Trump has appointed an unprecedented 50 circuit court judges. This is a tremendous victory and one that will pay dividends for decades. And let’s not forget the likelihood that he will also appoint one or more Supreme Court judges in the near future as well.

The cumulative power of all these judges is beyond substantial; it is a game-changer. It can prevent America from going socialist and it can cement and broaden the right of self-defense.

RELATED: Bob Ehrlich: Democrats’ Lurch to the Left Is Unprecedented

And it can also secure other victories for Traditional America, ones that we can only guess at for now. The Trump federal bench will become a power base for truth, justice and the rule of law.

So my friends, while it may not always feel that way, we have weathered the storm and are about to come roaring back. Don’t count Traditional America out yet, for it is about to start a mighty counterattack which may yet save the day. Be of stout heart — we can do it.