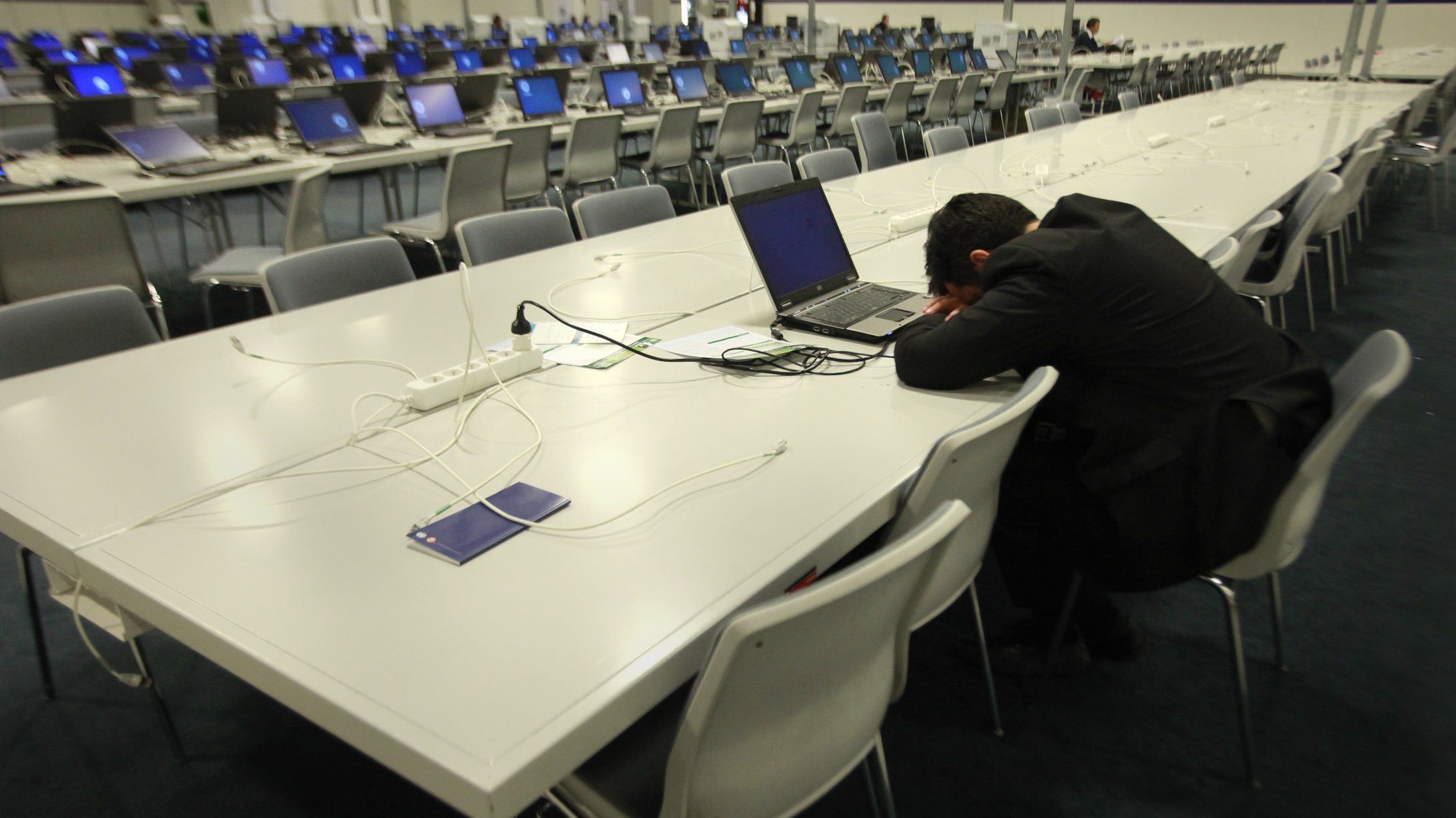 The Quartz At Work team has been talking a lot about productivity. In a recent workshop, several members of the team shared their one big productivity problem: Email.

Checking email, responding to it, and remembering what’s been dealt with and what hasn’t creates a huge drag on many of our days. It also makes for an almost-constant distraction if an email client is open alongside other work windows, or if alerts are enabled. The people who felt most stressed shared the same belief: I just need a system, they said, and then I’ll be able to deal with it.

This assertion won’t come as a surprise to technicians or anyone who works in software. Email, they know, wasn’t designed to be a good communication system. It wasn’t designed to be a system at all, but was rather an organic development of programmers trying stuff out (in this case, sending text messages), coupled with the invention of the internet, which meant those messages could go anywhere, instantly.

It’s a little like conventional mail, but also nothing like it. I received 57 emails in the 24 hours before writing this post, a very slow weekend day. No regular person received 57 physical letters a day back in the 1990s, nor 57 phone calls. People did not send a letter, and then five follow-up letters checking if you’d read the (unsolicited) first letter.

The problem with email is in its double nature. It’s important, because it’s the way of most crucial longform written communication in our world. And it’s filled with the terribly unimportant, because email addresses are easy to access and email is free.

Meanwhile, we’re used to optimizing workflows so that we deal with everything and work from a “clean slate,” but email drives hard against that way of being. When it comes to the physical world, Marie Kondo has inspired millions to deal with the headspace-draining clutter of unneeded or unloved objects and clothes. But email is like a wardrobe that keeps filling itself with unflattering garments. It’s like a drawer that you clear out one day, and open the next to find it full of probably-useless wires and loose change.

That’s why well-intentioned filing systems often don’t work well for email, and why so many people return back to it through the day, chipping away at the self-renewing mess and hoping they don’t forget the important things.

A number of businesses and apps, like Slack and Microsoft Teams, aim to solve the email problem with more bespoke systems—but sometimes have the effect of creating more channels for distraction.

The fix I suggested to my team was one born of frustration (with the system) and necessity, since I get a lot of email and have a busy life (don’t we all.) Reframe the mess: Not as one of your making, but as the result of a bad system. Scan email each day for anything important, and make sure the truly crucial tasks are recorded elsewhere on a to-do list (a good listing system is Getting Things Done, which is summarized here). With the rest, ignore. Don’t open it. Don’t delete it. Don’t archive it. The result isn’t pretty, but it wastes a lot less of your time.

Discussing this with my partner, who is a developer, he suggested what is perhaps a more elegant alternative. Instead of simply ignoring unimportant emails until they move so low as to drop off the visible feed, enable keyboard shortcuts (like this in Gmail, for example), and simply archive almost all of them. Again, the important thing is to capture actual tasks that need to be done somewhere else.

The distracting drag of email might also need confining to specific times of the day. But whenever you do reenter that useful-but-annoying virtual place, remind yourself it’s visually unpleasing and, essentially cobbled-together, like a badly designed office and, for the vast majority of people, that’s not your fault.