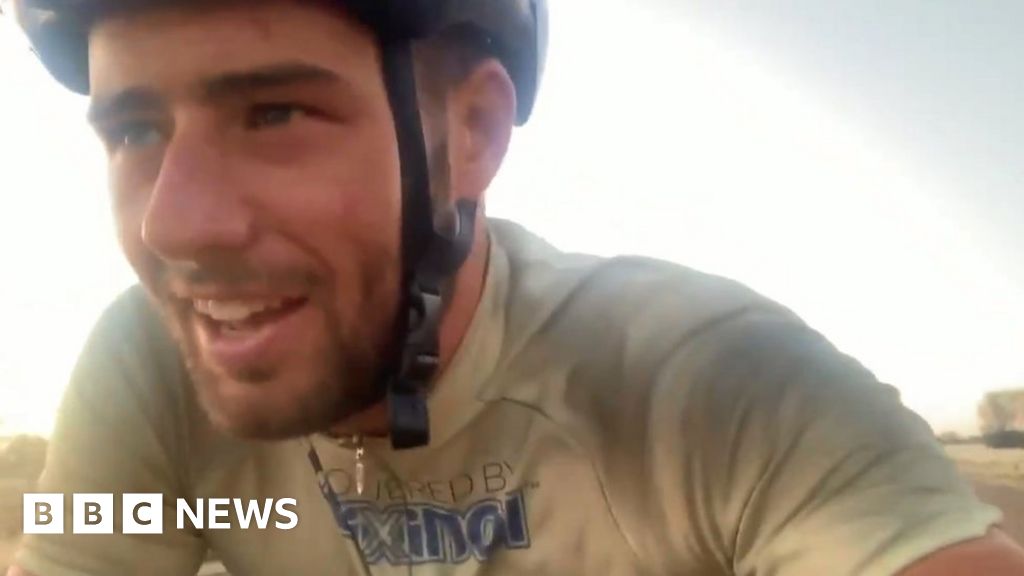 A cyclist attempting to ride around the world has been badly injured after being knocked off his bike in the US.

Josh Quigley, 27, from Livingston, had to be airlifted to hospital after being hit by a car whilst cycling through the state of Texas.

His injuries include a fractured pelvis, ribs and skull, as well as a pierced lung.

The 27-year-old has said it will be at least two months before he can walk again.

Writing on his Facebook page, he said: “I don’t remember much about it but I’ve been told by the police that I was struck from behind by a vehicle driving at 70mph.

“After the vehicle hit me I was launched off the bike and landed 50 feet away.

“This happened whilst riding at night wearing reflective clothing and with strong rear lights.”

Mr Quigley, who said one of the few things he remembers is being in the helicopter, added that “for now I’m just happy to be alive”.

Known as the Tartan Explorer, Mr Quigley has cycled about 14,000 miles on his bike since he left Scotland in April.

He embarked on the trip to beat depression and alcohol abuse and said in his Facebook post about the crash that he will “find a way to overcome this and finish what I started”.

The incident is one of a number of setbacks faced by Mr Quigley since he started his trip including sweat ruining his passport in Australia, which meant he had to fly back to Britain to get a new one before carrying on with his tour.

In April, just weeks into his world attempt, thieves stole his bike, which he nicknamed Braveheart, from outside a hostel in London.

Mr Quigley had been planning to cycle from Los Angeles to New York in the latest leg of his trip but changed course to finish in the warmer climate of Florida because his water bottles kept freezing in the US winter conditions.