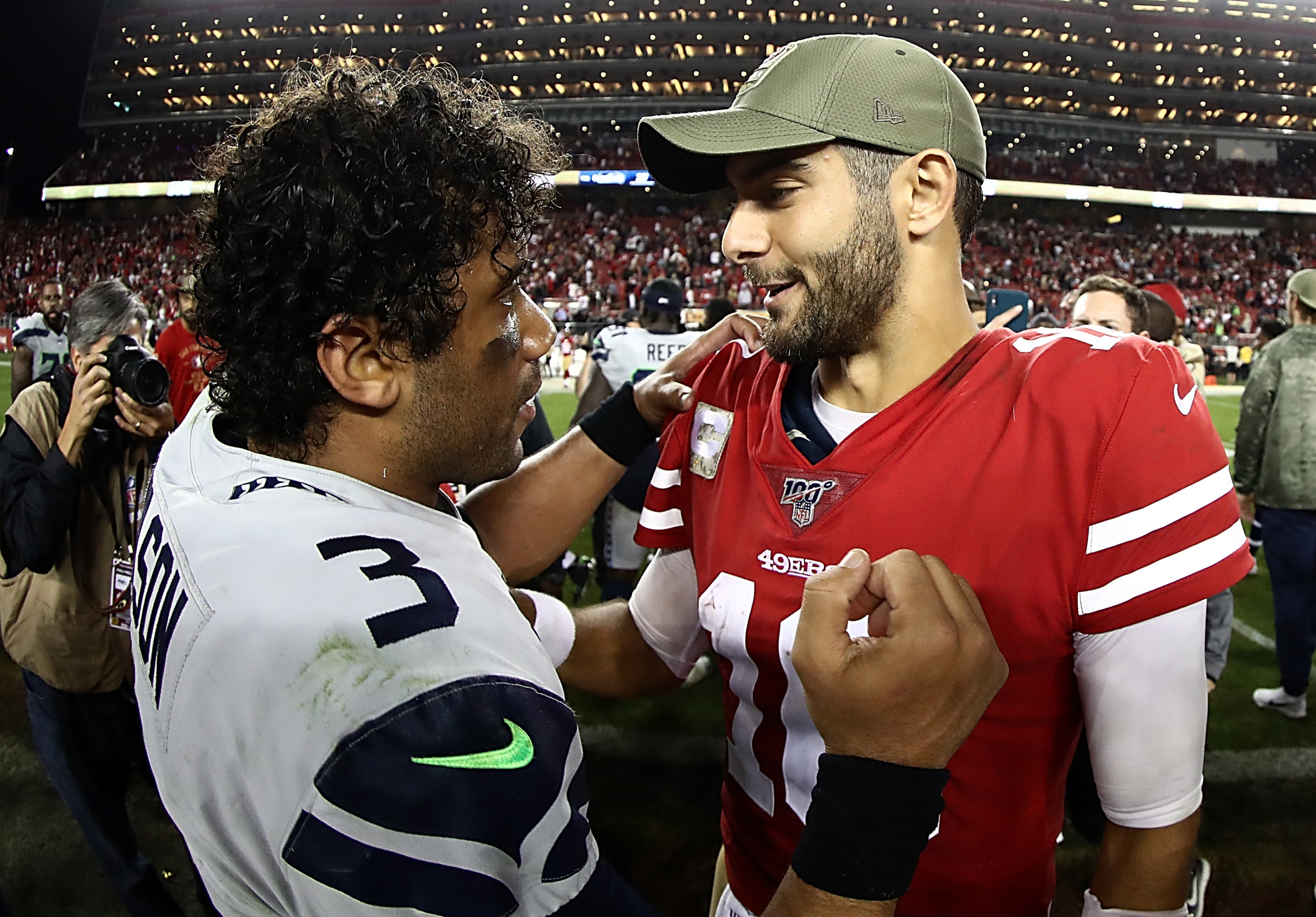 After a 16-week slog the NFL regular season enters its final week, with a number of verdicts yet to be determined.

Two playoffs spots remain up for grabs, one in each conference, after the penultimate week of the regular season delivered a series of surprise results that reshuffled the deck in the playoff race.

The San Francisco 49ers regained control of the NFC West and of the No. 1 seed in the NFC with a 34-31 win over the Los Angeles Rams on Saturday night, a result which eliminated the defending NFC champions from playoff contention.

Coupled with the Seahawks’ unexpected 27-13 defeat at home to Arizona, the 49ers’ win leaves San Francisco in pole position to clinch a first-round bye. The two NFC West rivals meet on Sunday in Seattle in a game that will decide the No. 1 and No. 5 seeds in the NFC.

Such is the magnitude of the matchup between the Seahawks and the 49ers that the NFL has decided to move it to the Sunday Night Football slot, an unusual decision given every game was scheduled for the afternoon slots in Week 17.

Elsewhere in the NFC, the Philadelphia Eagles overtook the Dallas Cowboys in the race for the NFC East title, after defeating their divisional rivals 17-9 at home. The Eagles would win the division and qualify for the playoffs with a win over the New York Giants next week, while Dallas’ season is on the verge of reaching the most disappointing of ends.

The Cowboys, who face the Redskins in Week 17, have lost seven of their last 10 games and a playoff spot may have finally slipped from their grasp.

“When you get in this spot, you give yourself a chance to be real disappointed. We are,” Cowboys owner Jerry Jones was quoted as saying by ESPN on Sunday.

“The fact that we didn’t get any [touchdowns], the fact the game turned out the way it did, they played well. Not a lot to say about anything else other than it’s very disappointing. We all expected to leave here as NFC East champs. We’re not. We’ll just go to Washington.”

Meanwhile, the Minnesota Vikings secured a playoff berth without even playing thanks to the Rams’ loss in San Francisco and the New Orleans Saints temporarily took control of the second seed in the NFC with a 38-28 in Tennessee over the Titans.

Despite the loss, the Titans leapfrogged the Steelers in the race for the final wild card spot in the AFC, after Pittsburgh lost 16-10 on the road to the New York Jets.

Elsewhere in the AFC, the Baltimore Ravens clinched home advantage throughout the playoffs with a 31-15 win in Cleveland, while the New England Patriots won the AFC East for the 11th consecutive season after defeating the Buffalo Bills 24-17 on Saturday.

The Houston Texans, meanwhile, won a fourth AFC South title in five seasons with a 23-20 win in Tampa Bay and the Kansas City Chiefs kept alive their hopes of securing a first-round bye with a 26-3 win in Chicago on Sunday night.

The Chiefs must beat the Chargers at home on Sunday and hope the Patriots lose to the Dolphins to leapfrog them in second spot.

Here’s all you need to know about Week 17.

All games were initially scheduled to be played on Sunday afternoon in Week 17, with 13 games slated to kicking off at 1 p.m. and a further three kicking off at 4:25 p.m.

The NFL, however, announced a change of schedule after Week 16. The NFC West decider between Seahawks and 49ers has been pushed to the Sunday Night Football slot on NBC.

The Cowboys game against Washington and the Eagles game against the Giants have both been moved to the 4:25 p.m. slot, as has Pittsburgh’s trip to Baltimore, Tennessee’s road game in Houston and Indianapolis’ trip to Jacksonville.

As usual, CBS and FOX will carry all the Sunday afternoon action.

Live streams will be available through both broadcasters’ digital platforms, which includes apps on Apple and Android devices as well as connected TVs.

Live stream will also be available via fuboTV and DirecTV.