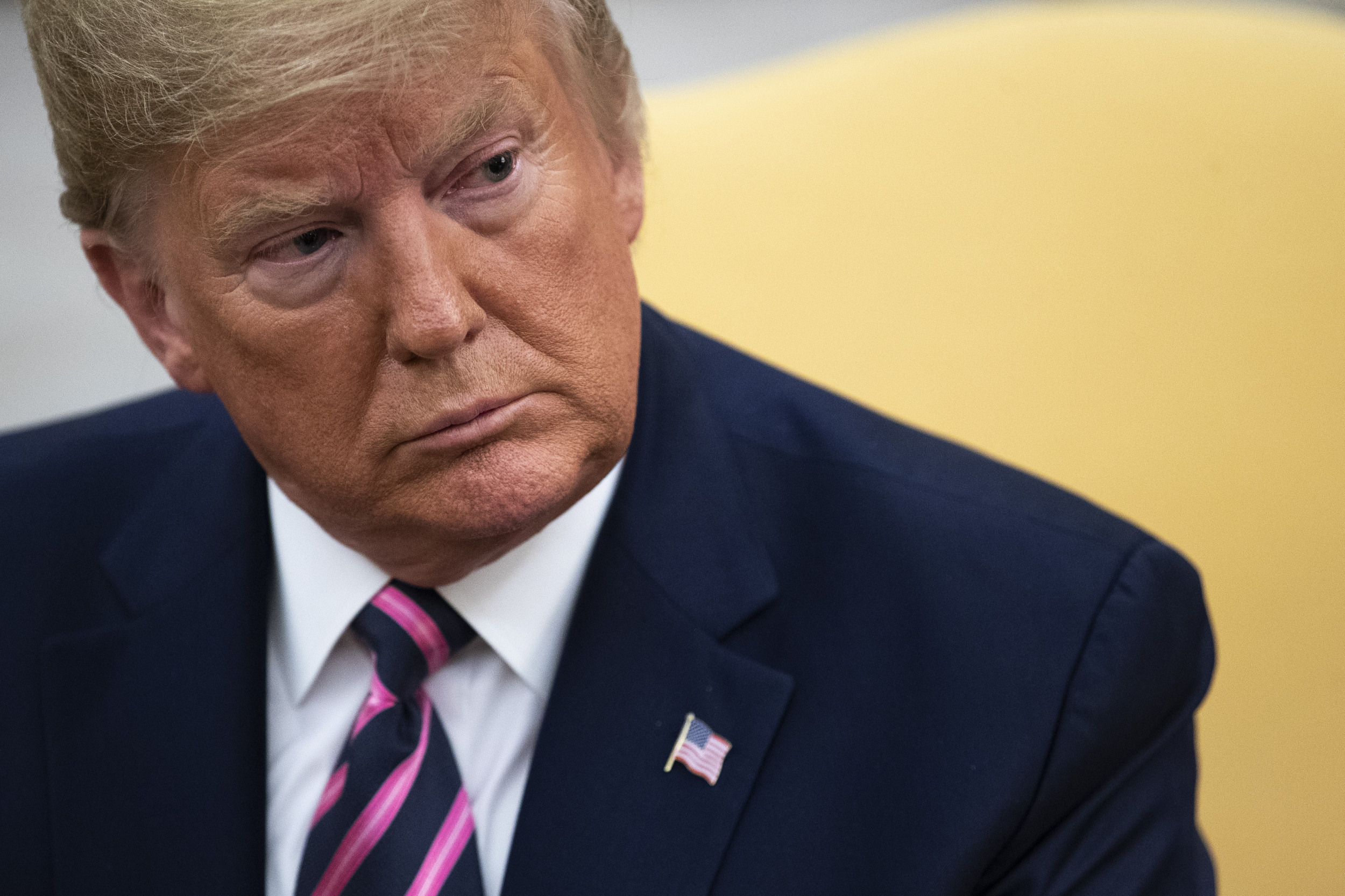 President Donald Trump on Saturday renewed his long standing feud against windmills during a speech to the conservative Turning Point USA conference on Saturday evening in West Palm Beach, Florida.

“I never understood wind,” Trump said while criticizing the Green New Deal. “I know windmills very much, I have studied it better than anybody. I know it is very expensive. They are made in China and Germany mostly, very few made here, almost none, but they are manufactured, tremendous—if you are into this—tremendous fumes and gases are spewing into the atmosphere. You know we have a world, right?”

The president then attacked windmills for being “noisy,” before declaring that they also “kill the birds.”

“The world is tiny compared to the universe,” he continued. “So tremendous, tremendous amount of fumes and everything. You talk about the carbon footprint, fumes are spewing into the air, right spewing, whether it is China or Germany, is going into the air.”

“A windmill will kill many bald eagles,” Trump added. “After a certain number, they make you turn the windmill off, that is true. By the way, they make you turn it off. And yet, if you killed one, they put you in jail. That is OK. But why is it OK for windmills to destroy the bird population?”

“You want to see a bird graveyard, go under a windmill someday. You will see more dead birds than you’ve ever seen in your life.”

It is not the first time Trump has railed against windmills. The president once claimed that the structure that turns wind power into rotational energy causes cancer and devalues the price of homes. Speaking at a National Republication Committee dinner in April, Trump said “if you have a windmill anywhere near your house, congratulations, your house just went down 75 percent in value, and they say the noise causes cancer.”

Later in August, Trump once again rebuked “big windmills” at a petrochemical complex in western Pennsylvania, saying they “destroy everybody’s property values [and] kill all the birds.”

The president also claimed that windmills are extremely unreliable: “All of a sudden, it stops; the wind and the televisions go off. And your wives and husbands say, ‘Darling, I want to watch Donald Trump on television tonight. But the wind stopped blowing and I can’t watch. There’s no electricity in the house, darling.'”

Although Trump calls them “windmills,” he is actually referring to “wind turbines.” After he condemned wind farms during this year’s American Wind Week, Tom Kiernan, chief executive of the American Wind Energy Association, told the Washington Post that “the wind industry is powering the economy in rural America.”

“It’s hard to fully understand the motivation of the president,” Kiernan added.