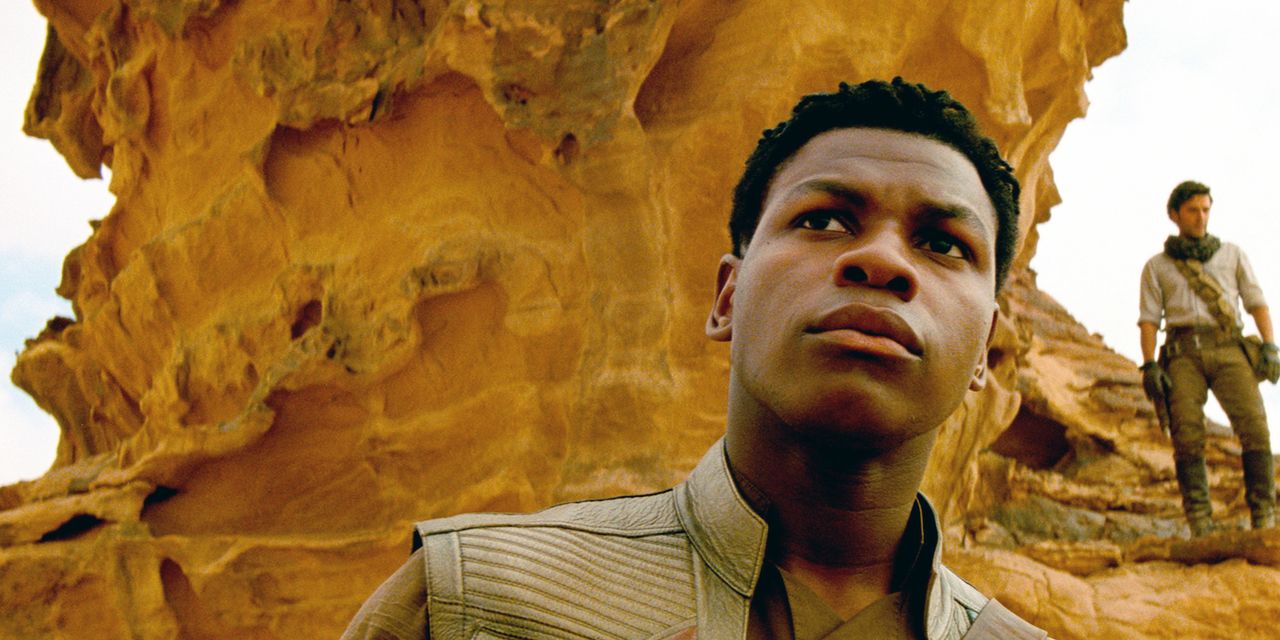 LOS ANGELES—Not even the Force can withstand withering reviews.

After mixed fan reaction and thumbs-down from most critics, “Star Wars: The Rise of Skywalker” took in an estimated $175.5 million in the U.S. and Canada over the weekend, the lowest opening of the trilogy produced by

A new big-screen adaptation of the

musical “Cats,” attracted sizable attention for all the wrong reasons. It drew some of the harshest—and most bewildered—critical reviews in recent history and lost all nine lives in its debut, grossing $6.5 million.

dramatization of the sexual-harassment crisis at Fox News, lived up to at least part of its name and also sputtered at the box office, collecting $5.1 million.

It was a lackluster start to Hollywood’s busiest season. Poor word-of-mouth can make or break a release heading into the holiday, when normal weekdays perform like Saturday nights at the theater since children are out of school and many parents take vacation time. The last two weeks of the calendar year are typically a boon to a struggling exhibition industry, which has seen grosses dip about 5% so far this year and faces an unpromising slate of releases in 2020. That Star Wars and a musical starring Taylor Swift failed to attract audiences as robustly as expected is particularly worrisome at a time when

and even Disney itself offer big-budget releases streamed directly into the home, forcing studios to make the case to consumers to get off the couch with each new release.

Though massive by most standards, the “Skywalker” opening fell short of exhibitor hopes, considering it was the culmination of a series accustomed to record-setting openings.

It will also be the last Star Wars movie until 2022, since Disney decided to put the series on a “hiatus” after “Skywalker,” and the downward trend of Star Wars openings appears to affirm that decision.

Disney has faced long-term issues with Lucasfilm Ltd., the Star Wars production company it purchased for $4 billion in 2012.

“Skywalker” is Disney’s fifth Star Wars movie in four years, and the onslaught has depleted enthusiasm among some fans, many of whom thought the trilogy’s story line went in surprising and upsetting directions in the second installment, released in 2017. Disney’s own “The Mandalorian,” which premiered on the company’s new streaming service last month, may have also sucked up some of the fan appetite for more Star Wars stories.

“This is such a beloved story ingrained in pop culture, and you’re never going to satisfy everyone,” said

Opening-weekend audiences gave “Skywalker” a B+ grade, according to the CinemaScore market research firm, the first non-A grade for any Star Wars film tracked by the service, including

prequels and the others produced by Disney.

Overseas grosses added $198 million to the weekend total. In China, “The Rise of Skywalker” faltered as previous installments have, opening in the country to a paltry $12.1 million.

Disney has struggled to win fans of the franchise in China, home to the world’s second-largest box office, since few consumers there saw the original trilogy and have little nostalgia for classic characters making their reappearance like Han Solo and C-3PO. It has led to depleted revenue from the country, which has overwhelmingly embraced other Disney franchises like the Marvel Studios comic-book adaptations.

The tone and approach of “Star Wars: The Rise of Skywalker” is aligned with the more traditional story lines of the space opera, a fan-friendly approach that may attract repeat moviegoers.

“We want to look at it at the end of its run, not the beginning,” said Ms. Taff.

Michael Taylor, a warehouse worker in Ann Arbor, Mich., went to see the movie three times on Thursday and Friday and predicts he’ll catch a few more screenings before it leaves theaters.

“It has some plot issues you can pick apart, but who cares?” said Mr. Taylor, a die-hard Star Wars fan who even has a tattoo of prequel character Jar Jar Binks on his right biceps. “I loved it.”

Did lackluster reviews sway your decision to see ‘The Rise of Skywalker’ on opening weekend? Join the conversation below.

For “Cats,” the opening-weekend gross was hardly surprising, given that the movie became a punchline almost as soon as early trailers appeared in July, showing actors such as Jennifer Hudson and Judi Dench singing and dancing in what the studio behind the filmmakers called “digital fur technology.”

It was released by

’s Universal Pictures, which will have another chance at the holiday box office with “1917,” its critically acclaimed World War I epic hitting theaters on Christmas Day.

Few of the season’s other new releases can compete with the scale of Star Wars.

Other Dec. 25 releases include a critically acclaimed adaptation of Louisa May Alcott’s “Little Women,” the animated children’s movie “Spies in Disguise” and a dark exploration of New York’s Diamond District called “Uncut Gems.”

The holiday season can give a movie unexpected staying power, as with the 2017 musical “The Greatest Showman.” The Hugh Jackman song-and-dance spectacle was written off as a flop after it opened to $8.8 million on its opening weekend. But thanks to positive word-of-mouth, it steadily drew in moviegoers on its way to collecting a blockbuster $174 million in the U.S. and Canada.

Theater owners had been hoping for a lucrative holiday season this year since the schedule for 2020 is hardly promising. Despite new releases in the James Bond, Wonder Woman and “Fast & Furious” franchises, the schedule includes fewer surefire blockbusters than 2018 or 2019.

Write to Erich Schwartzel at erich.schwartzel@wsj.com