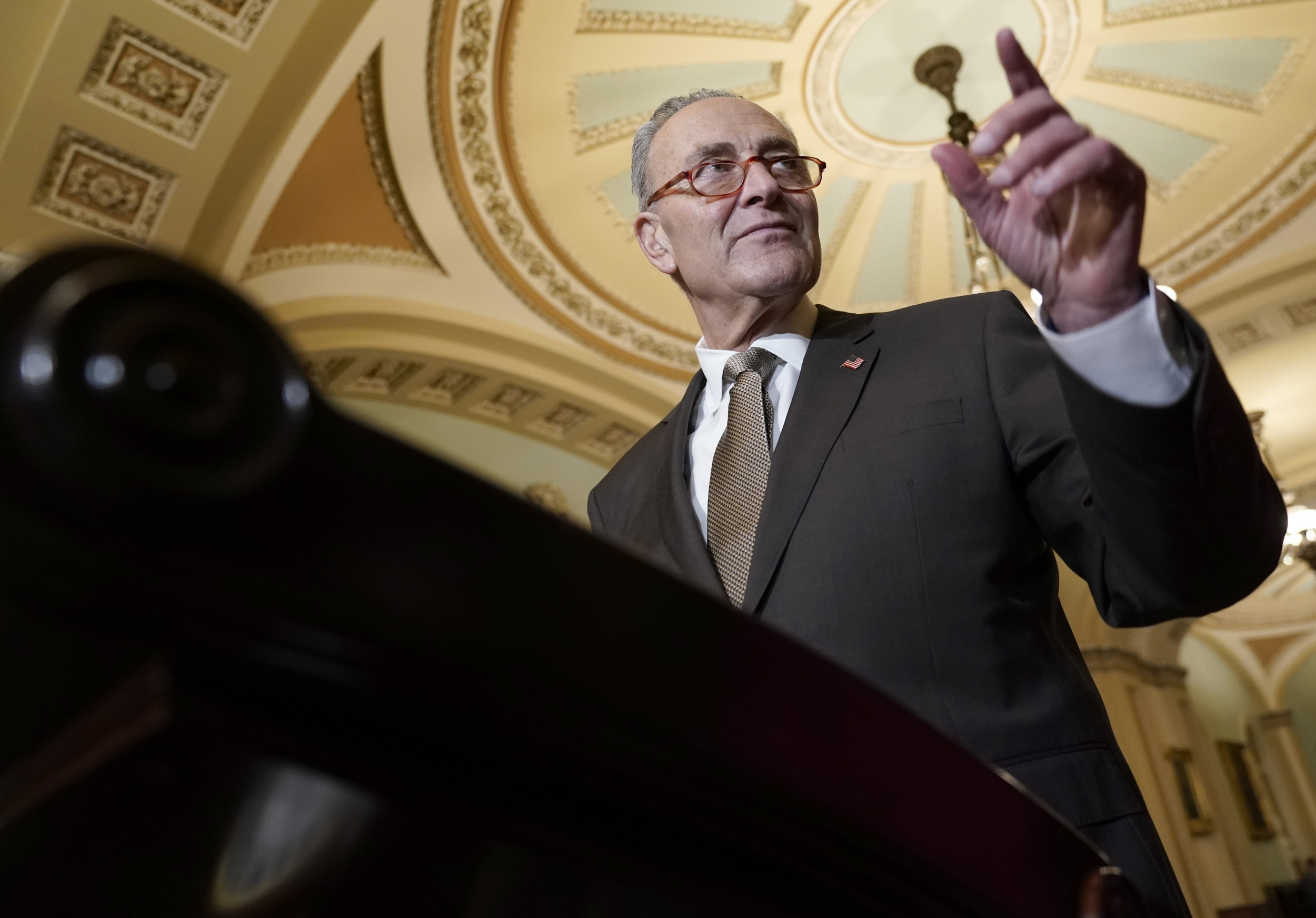 Speaking at a press conference in New York City, Schumer urged President Donald Trump and his fellow Republicans to provide documents and witnesses in order for the Senate to hold a “full, fair and honest” trial. “What is a trial with no witnesses and no documents?” he said. “It’s a sham trial. And that’s why [I] feel so strongly that there ought to be witnesses and documents.”

The Office of Management and Budget (OMB) and the Pentagon released documents on Saturday that provided clarification of the timeline in relation to the White House’s decision to freeze foreign military assistance to Ukraine. The agencies were required by a federal judge in November to hand over the documents after they were requested in a Freedom of Information Act (FOIA) request. The Center for Public Integrity, who filed for the documents, released them on Friday.

The documents showed that OMB staffers were instructed by White House official Michael Duffey to hold the $391 million in congressionally-approved aid to Ukraine after Trump’s July phone call with Ukrainian President Volodymyr Zelensky, during which the U.S. leader asked his foreign counterpart to probe the family of former Vice President Joe Biden. Their conversation and the holding of aid to Ukraine are at the heart of the impeachment proceedings into Trump. The House of Representatives on Wednesday approved two impeachment charges—abuse of power and obstruction of Congress—against the president.

Schumer on Sunday said the “explosive” emails proves that “we need Mr. Duffey to come testify” in the Senate trial, a request that Democrats have already lodged. “Until we hear from the witnesses, until we get the documents, the American people will correctly assume that those blocking their testimony were aiding and abetting a cover-up, plain and simple,” the Senate Minority Leader said.

He added: “So I’ll close by saying this: President Trump, release the emails. Let the witnesses testify. What are you afraid of?”

As Democrats aggressively push for White House aides to testify in the Senate trial, Senate Majority Leader Mitch McConnell has said the Senate will hear the case without witnesses. Following Trump’s impeachment, House Speaker Nancy Pelsoi has indicated that Democrats may hold sending the articles of impeachment to the Senate until an agreement has been reached.